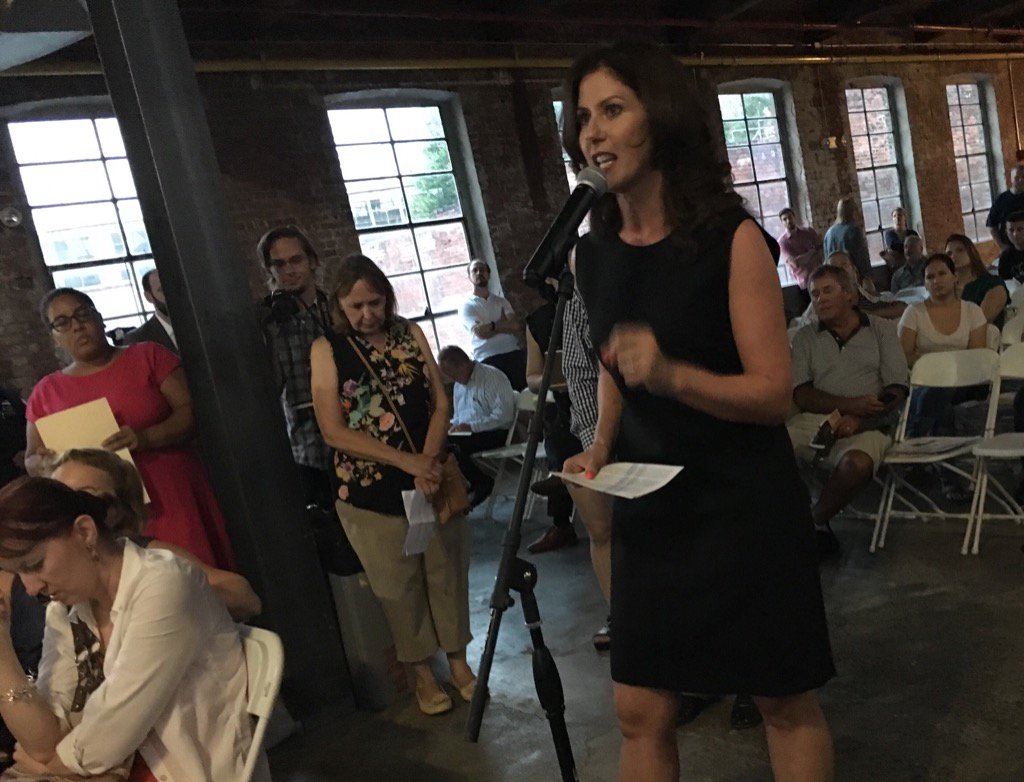 On Wednesday night I attended my community board meeting on a proposed homeless shelter in Maspeth, Queens. The city Commissioner of Social Services, Steve Banks, was there, along with hundreds of residents who are against the shelter. I was one of just a handful of homeless and housing rights advocates in the audience.

Though I was horrified by the residents who chose to stigmatize our homeless community – describing them as criminals, drug dealers, welfare hogs, and addicts, and questioning their immigration status – I was most struck by the vehement energy this community has thrown behind this cause, somehow believing that the community is exempt from the city’s housing crisis.

Homelessness is not an isolated issue. Homelessness is a product of the broader housing crisis – a crisis that is having an impact across the city in endless ways: gentrifying neighborhoods, segregating communities, and increasing income disparity, just to name a few. Keeping a homeless shelter out of your community does not solve problems.

At one point, a speaker shouted, “de Blasio brought this social engineering experiment to the wrong community!” But the “social engineering experiment” has been lingering in this community for years. Long before Mayor de Blasio and Commissioner Banks came along, decades of failed government policies built the foundation of the housing crisis we’re living in today. Be it the loss of manufacturing industries and union jobs in the 1970s and 1980s, a state-sponsored shelter allowance for low-income households that has remained the same since the 1980s, quality-of-life policing of poor communities of color, and slashes to drug education and support programs, the city’s housing and homeless crisis was long in the making. This is what Mayor de Blasio inherited – this mess is what Commissioner Banks is urgently trying to reverse with limited resources, limited support from the State, and within a limited timeframe.

While failed policies have propelled the housing crisis, a lack of commitment and leadership from our elected officials has kept us from halting its momentum. Promising to preserve the “quality-of-life” of residents, Queens City Council Member Elizabeth Crowley has helped legitimize NIMBYism in Maspeth.

On Wednesday Crowley’s office announced a lawsuit against the City over the proposal to open the shelter. Rather than becoming an elected official who is actively involved in the fight to end homelessness and the housing crisis, Crowley falls sorely short by opposing the creation of the first homeless shelter in the jurisdiction of Community Board 5.

Meanwhile, at the state level, eight months have gone by since Governor Cuomo made a commitment to build 20,000 units of supportive housing, and there has not been enough movement. Supportive housing is a crucial source of housing that pairs permanent housing with on-site services. Research has shown time and again that it is the most successful (and cost-effective) way to end homelessness for individuals living with disabilities or other special needs.

Since the 1990s, New York City and State have made a joint commitment to fund supportive housing. While few Maspeth residents mentioned the need for support and services for homeless individuals, most are likely unaware that our governor is currently sitting on nearly $2 billion set aside in the state budget for crucial housing, including supportive housing. Only a small portion of the funds have been allocated.

It’s worth mentioning here that the City has made true to its commitment.

With 80,000 homeless statewide and thousands more living on the streets, in three-quarter houses, doubled up in apartments and in other precarious housing, it’s incomprehensible that our governor continues to pay so little attention to this crisis. It’s also unconscionable that people in our communities are turning their backs on city officials working to combat the homelessness and housing crises, and on their fellow New Yorkers in need.

What I saw last night was a crowd of people who know little about what has propelled us into this housing crisis in first place; they know little about the needs of the homeless community in New York, and they are not willing to learn about either. Imagine where we might be if instead of vehemently opposing a shelter, the community put equal effort into fighting for truly affordable housing for the New Yorkers who need it the most.

***
Paulette Soltani is a community organizer with VOCAL-NY, a grassroots organization that builds power among low-income people impacted by homelessness, HIV/AIDS, drug use, and mass incarceration. She is a resident of Community Board 5 in Queens.