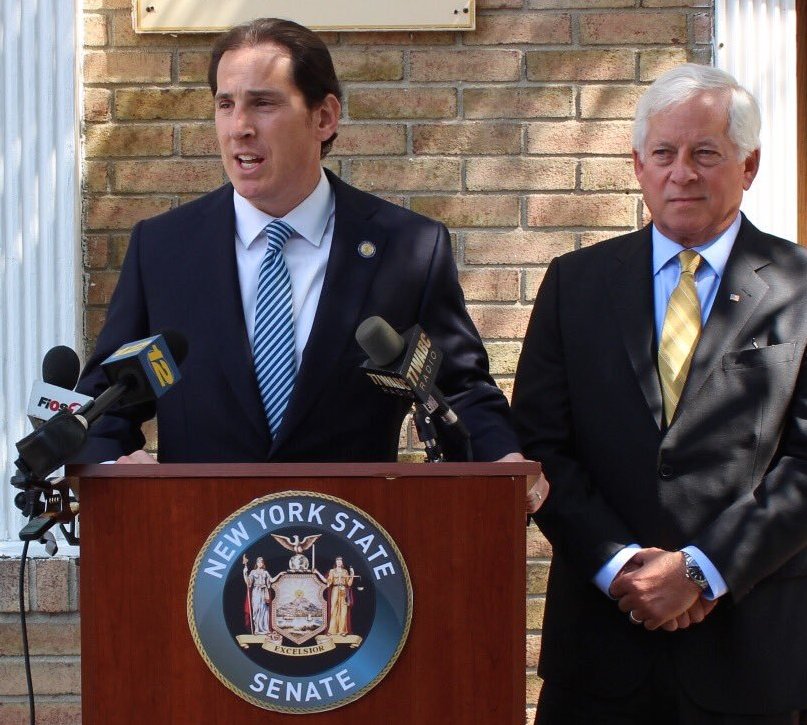 The headline is the same. The names are interchangeable.

And yet, the laws and attitudes stay the same.

The most recent indictment of Nassau County Executive Ed Mangano and Oyster Bay Supervisor John Venditto should serve as a wakeup call to elected officials and taxpayers alike. The corruption within our governments is pervasive and isn’t going anywhere until we implement comprehensive ethics reform. No one is above the law.

Having put away both corrupt Democrats and Republicans as a former federal corruption prosecutor, I’ve seen time and again how politicians abuse the public’s trust for personal gain. Voters feel betrayed, but aren’t surprised at the same time. As the list of convicted elected officials grows, we have come to a decisive moment: continue operating as ‘business as usual,’ or build an ethical and clean government with trustworthy leaders that will fairly represent taxpayers’ interests.

We can’t keep putting a band-aid on the problem. In June, my colleagues and I voted to strip convicted politicians of their pensions and will have to vote again on the issue when we return to Albany. That is an important, yet small step forward, and we must do more. Here’s what I propose:

First, we must ban lawmakers from receiving outside income. Being a legislator is my only job because I believe that 100% of my attention should be focused on how I can improve my constituents’ lives and the communities that I represent. This is of the utmost priority. Conflicts of interest between legislative duties and an outside job were central to convictions of Sheldon Silver, Pedro Espada, and others. The fact that a company could hire a legislator to conduct business on their behalf and then they could turn around and vote on legislation that directly impacts that business is completely absurd.

Second, we need to close the loophole that allows public officials to accept gifts or benefits simply because of that person’s official position. We can easily combat the corruption that has infiltrated Albany by eliminating the influence of money on politicians. The recent McDonnell v. The United States decision dramatically narrowed federal bribery statutes and now effectively allows your public officials to accept a lavish gift as long as it’s not connected to a promise to perform an official act. This is the same decision which has given Dean Skelos the opportunity to appeal his conviction. Let’s be real: this decision allows anyone to have a lawmaker on retainer and it’s simply unacceptable. I’ve introduced legislation to close this ‘free money’ loophole because corrupt special interests have held undue influence on Albany for far too long.

Third, we must implement changes to our municipal contracting laws. As an Assembly member, I proposed legislation to mandate municipalities to create a vendor responsibility system to vet even modestly-sized contracts. It’s time to open the windows and let the sun shine on contract awards. Ending the era of ‘pay to play’ politics should be a top priority at all levels of government because it is one of most the egregious violations of the public’s trust.

Finally, it’s time to take control over our elections and close campaign finance loopholes that allow dark money to eclipse the voters’ will. This session, I introduced a bill to reduce contribution limits from a party or county campaign committee to a candidate campaign to $15,000, and to decouple the contribution limit from the consumer price index which has allowed it to inflate to $109,600. This bill also requires LLC contributions to be counted toward an individual’s contribution limit. And without a doubt, we must close the LLC loophole.

These proposals will go a long way in producing a more ethical government and restoring the public’s confidence in that government. This shouldn’t be a partisan issue –if we continue to sweep real reform under the rug, corrupt politicians will continue to tarnish our democracy and abuse taxpayers’ trust. I look forward to working with anyone - Democrats, Republicans, and independents alike - to clean up our government once and for all.