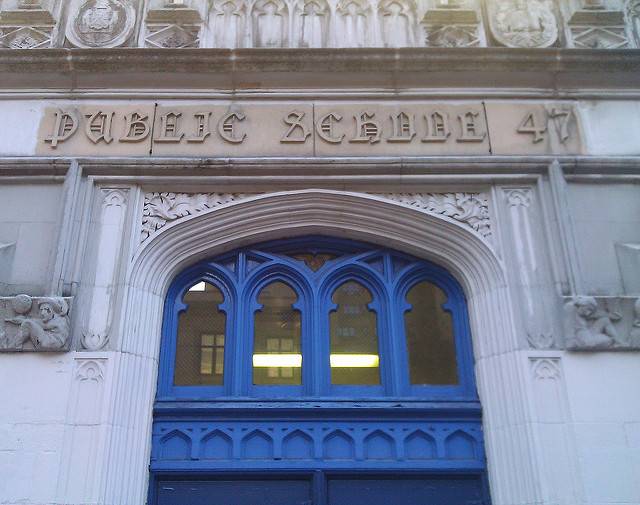 With National Lead Poisoning Prevention Week coming to a close, it’s important to reflect on the work needed to reduce our children’s exposure to lead and prevent its serious health effects. Over the past year, the nation has watched a tragedy unfold in Flint, Michigan, as an entire community’s drinking water was contaminated with lead. But the problem extends well beyond Flint. In nearly 2,000 communities in every state across the country, tests have confirmed lead in the water coming out of residents’ taps. In fact, lead is even contaminating drinking water in schools and pre-schools, right here in New York.

It’s time to take the steps necessary to eliminate this serious health risk.

Lead is highly toxic, and it’s especially damaging to kids – impairing how they learn, grow, and behave. Lead can also cause high blood pressure, and even damage the nervous system and kidneys. According to the American Academy of Pediatrics, our kids will cumulatively lose an estimated 23 million IQ points from lead exposure – mostly due to a high number of children exposed to low levels of lead.

Yet tests have confirmed that schools in New York City, Westchester, Long Island, and New York’s Capital Region have had lead in the water flowing from their faucets or fountains. And in all likelihood, that is just the tip of the iceberg. Most schools in New York have at least some lead in the pipes, plumbing, or fixtures that deliver the water our children drink. And where there is lead, there is risk.

Medical and public health experts are unanimous: there is no “safe” level of lead for our children. The Environmental Protection Agency (EPA) and the Centers for Disease Control (CDC) agree, yet water utilities are only required to take action when tests show lead in drinking water at 15 parts per billion in 10 percent of results.

Fortunately, some progress is being made in New York to get lead out of drinking water. Last month, Governor Cuomo signed landmark legislation, which includes the toughest lead contamination testing standards in the nation, and mandates that schools across the state test drinking water for lead contamination. While this is a good first step, more work is needed to ensure that our children are truly protected from lead contamination in schools’ water.

Given the threat to our children’s health, it’s time for New York to “get the lead out.” Ideally, this means pro-actively removing lead-bearing parts from schools’ drinking water systems – from service lines to faucets and fountains – and installing certified filters at taps and fountains used for drinking or cooking. At the very least, schools should regularly and properly test all water outlets used for drinking or cooking and immediately remove from service those where the water contains any lead. Schools should also provide the public with easy access to specific testing data and the status of remediation plans.

And of course, we need to remove the lead contamination threat not just in schools but throughout our communities. In September, Congress took a first key step to help communities do just that. The U.S. Senate version of the Water Resources Development Act includes money for Flint, as well as a small grant program for communities here in New York and across the country to remove lead pipes and otherwise reduce risks of lead contaminating our water, plus $20 million for schools to test for lead. Congress should quickly approve this funding when it returns after Election Day.

Additionally, the New York Legislature should match it with state funds in the spring.

School is where our children go each day to learn and develop. It’s time for our leaders to “get the lead out” before it’s too late.