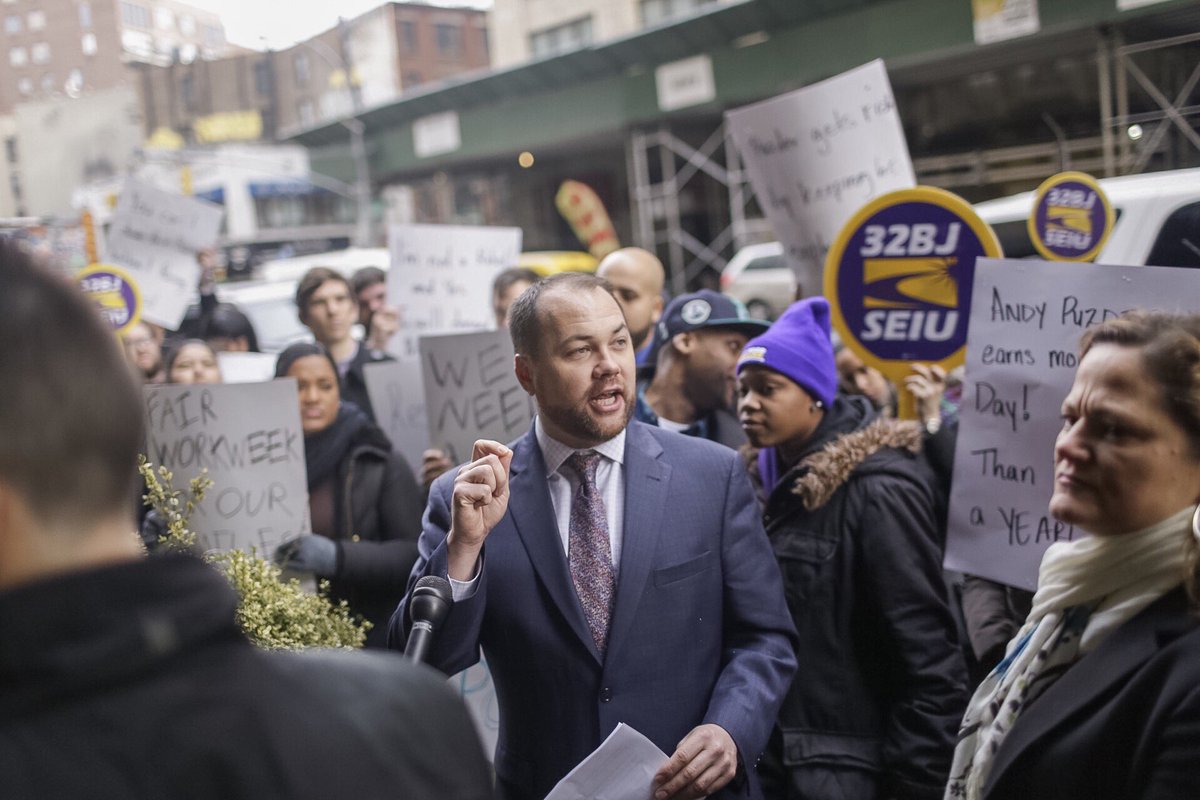 January 20 marked the beginning of a dangerous new era for our country. For the first time in many of our lives, we now have a president who rose to office on the power of racist, sexist, classist, and xenophobic campaign promises. These are promises he is already working to keep.

Of course, Donald Trump's agenda does not truly represent our nation. The day after his inauguration, millions of people marched in cities around the world to reject Trump’s divisive ideology.

The Women’s Marches on Saturday sent a clear message about where we stand as a people. But speaking truth to power is only the start. We must now organize our communities and engage with our democracy in unprecedented ways. The fates of our economy, our health care system, our environment, our national security, and our most vulnerable populations depend on it.

We can start by creating change right here at home in New York.

As Attorney General Eric Schneiderman recently put it, “When they go low, we go local.” Indeed, there’s an enormous opportunity to create change at the local level and ensure that our City and our State remain on a progressive course.

We have made great strides here in New York, from a rising minimum wage to a strong health care marketplace, and we will have to fight hard not to be taken backwards in the Trump era.

That is why I call on all New Yorkers to get engaged, get involved, and make sure that when local elections take place in 2017 and 2018, we choose representatives who are committed to executing your vision for our City and state. The New York State Senate, for example, is still controlled by Republicans, despite the fact that registered Democrats outnumber Republicans two to one. This should not be.

Nationally, 2018 will present us with an opportunity to elect federal representatives who can stand up to Trump in the halls of Congress. New Yorkers need not look very far for seats we can flip – a third of New York’s 27 members of Congress are Republicans!

It will take nothing short of an all-out blitz to turn many of these seats from red to blue, and we need to start organizing now. As the Women’s Marches showed, there is nothing like action. It is time for everyone who cares to be engaged.

While we act locally, we must demand that our representatives in Washington, D.C. cede no ground to Trump and his extreme agenda. As New York Congressman Jerrold Nadler says, we must not normalize his extreme views on issues like immigration, religious freedom, women’s rights, and climate change. Keep the heat on your federal representatives to ensure that they do not buckle in the face of pressure. Anyone who compromises on our essential values should not be re-elected.

Let your federal representatives know how you feel. As an elected official, I can tell you that these calls really do matter.

So step up and be heard. Take your rightful place at the forefront of our democracy. The election may be over, but it’s never too late for passionate and dedicated individuals to put our country back on the right path.

***
Corey Johnson represents District 3 in the New York City Council, which covers the neighborhoods of Hell’s Kitchen, Chelsea, the West Village, and parts of Flatiron, SoHo and the Upper West Side.‎ On Twitter @CoreyinNYC.