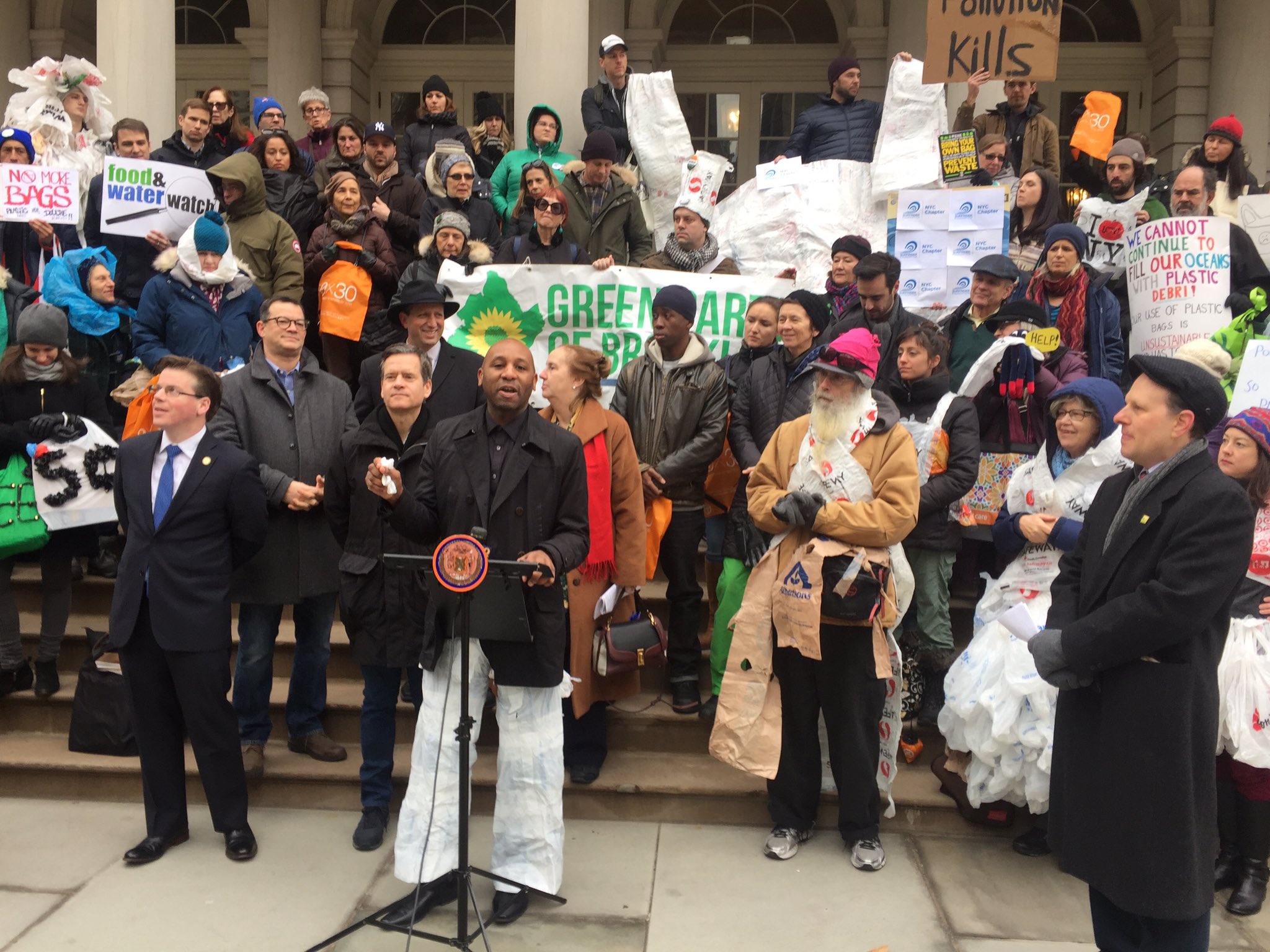 New York City is trying to do something about plastic bags, but my state Assemblymember is attempting to undermine the city’s ability to do so. He, along with many of his NYC-based colleagues, are acting against their own constituents’ interests. This is a normal New York State versus City story, but in a moment where the stakes of politics are high because the federal government’s threats are real, this battle between city and state feels more offensive and disheartening than ever.

The story today is that New York City passed a law last year that requires most shops to charge a five cent fee for each carryout bag a person takes when shopping. However, in January, the state Senate passed a bill to say, “Sorry New York City, we don’t like that bill so we’re going to kill it.” The state Assembly, rather than deny the Senate outright, chose to punt and delay the implementation of the city’s law for one year. As of publication, Albany’s compromise would require a new City Council to vote on the carryout bag fee a second time, after different Council members are elected for a 2018 term.

The state Legislature's actions are a structural problem, a political problem, and a problem of spirit in these times.

Structural problem: The state constitution has a problem, because it does not stop the state Legislature from having so much influence over the way the city governs itself. Even though the state constitution provides us the right to make our own laws through the so-called home rule provision, the Legislature is very good at getting around it. Lawmakers often use the language, “In cities with a population of more than one million...” as the preamble to a law intended to impact one city. There is only one city in this state that falls into the category of more than a million people. Although this current block of the bag bill might not be constitutional, the state Legislature knows they have a lot of precedent telling them that they might be able to do this. We could change the state constitution to protect the city’s home rule powers, but not with the Legislature guarding this power so jealously.

Spirit of resistance problem: We need to take every stand we can to resist the current White House. This means that our state should be standing proud and together to show the federal government that we care about better environmental law and policy. Seeing Assembly members from the city fighting with the City Council by effectively wagging their legislative finger is not the message we should send right now. I want to see my state legislators prioritizing their energy by improving our healthcare laws here, our worker protections here, and our environmental laws here. All of these policies are under threat or attack from the federal government.

This is why I can’t understand why my Brooklyn Assemblymember, Walter T. Mosley has not publicly stated his opposition to this bill. The state Legislature should support New York City and work together right now for the good of us all. Every environmental advocacy group in the city supports this bill. And most of the time, my Assemblymember supports the progressive legislation that his constituents expect of him. Every New York City-based state Legislator should be with their constituents on this right now and show their spirit of resistance in all forms.

***
Richard Semegram is a tenant lawyer, his Twitter handle is @richagram