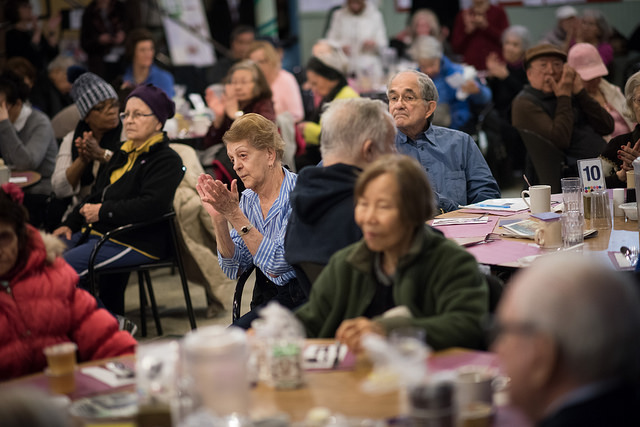 I grew up around some common stereotypes of New York City wealth: private schools, trust fund kids, and expensive Manhattan real estate. But as a New Yorker with family here going back to the late 1800s, I am aware that most of the people in our city do not have such luxuries. That’s why I support the “mansion tax” being championed by Mayor de Blasio and state Assembly Democrats and want to see it passed as part of the state budget in Albany this week.

Due to income inequality, gentrification, and inadequate Social Security benefits, among other factors, 19 percent of seniors in New York City live in poverty, according to City Limits. Seniors will constitute over a fifth of all New Yorkers in the next decade. Funds from the mansion tax, a 2.5% tax on sales of New York City property above $2 million, would go to rent subsidies for low-income seniors in New York City.

My family isn’t top 1% or even top 5% rich, but we have owned a large apartment on Riverside Drive since the early 1990s. If we sell and buy another apartment of similar value, we would pay the mansion tax, as would the buyer of our apartment. The people I grew up with -- those who can afford, or may inherit, homes worth over $2 million -- can afford to pay this tax. But taxes shouldn’t be levied simply because people can afford to pay them.

Because of the high costs of living in New York, many people with real estate worth over $2 million do not “feel” wealthy. Thankfully, taxes are about how wealthy you are, not how wealthy you feel. A better reason for taxes on wealth is that those with valuable property in our city have benefited from policies that have worked to purposefully increase our property values since the fiscal collapse of the mid 1970s. Taxes aren’t charity: we are returning to our city a portion of the success that we owe back to it -- and who better to benefit from this than seniors who don’t have a lot to live on? Local politics and policy have benefitted homeowners in New York City, while decades of national policies have left behind millions and hollowed out the middle class.

As economic historian Adam Tooze notes, “The fact that pre-tax incomes for the least favored half of American’s citizens have not risen, but have fallen slightly over the last forty years ought to be a show stopper. Literally, all other policy discourse should surely cease.” Read that again. The poorest half of the U.S. have experienced no real income gains in forty years. There are broad structural issues with our politics and economy that are driving stagnant incomes and the racial wealth gap. Addressing them requires transformational changes. The mansion tax is one small step in that direction that New York City can and should take, and will with approval in Albany.

Another point in this debate focuses on the hard work of the wealthy: that they have earned their accumulated benefits. This isn’t the full story. I was raised in a social environment that encouraged overwhelmingly white children to identify as “upper-middle class” rather than confront the realities of our wealth and class. Since then, I’ve been pushed to learn that hard work isn’t the only ingredient in my family’s prosperity. In addition to hard work of my forebears, the engine of 20th century prosperity was built on racialized social and economic policy that proactively furthered the opportunities and wealth of white families while systematically excluding families and communities of color. The result of these policies are now are often referred to as the racial wealth gap.

My family’s wealth serves to protect our comforts and privileges at the expense of our neighbors. This is precisely what opposing the mansion tax achieves: one real estate official called this tax “DOA” in Albany, while Manhattan Borough President Brewer and Governor Cuomo, both Democrats, oppose it. That’s their choice, but don’t do it on our account: not all of the wealthy want to raid the commons in order to keep more for ourselves. My family and many others like us support the mansion tax because we support New York City and know paying our fair share of taxes is necessary for its long-term vitality. This includes the safety and well-being of our seniors.

For a generation of young people who may inherit or be fortunate enough to purchase a house or apartment in New York City, issues like the mansion tax should not be an obscure policy matter declared DOA by the real estate lobby. New York City should do what it can to promote fairness and equity in our society, and Albany should agree. Wealthy people, especially young people with high incomes or inherited wealth need to push ourselves and each other to reframe the debate. Those with wealth, even the rich who do not “feel” rich, must pay more to keep New York City livable for everyone.

***
Evan Casper-Futterman is a PhD Candidate in Urban Planning and Public Policy at Rutgers University and is an adjunct instructor at several CUNY campuses. He is a member of Resource Generation, a national membership-based organization that organizes young people with wealth for the equitable distribution of wealth, land, and power.