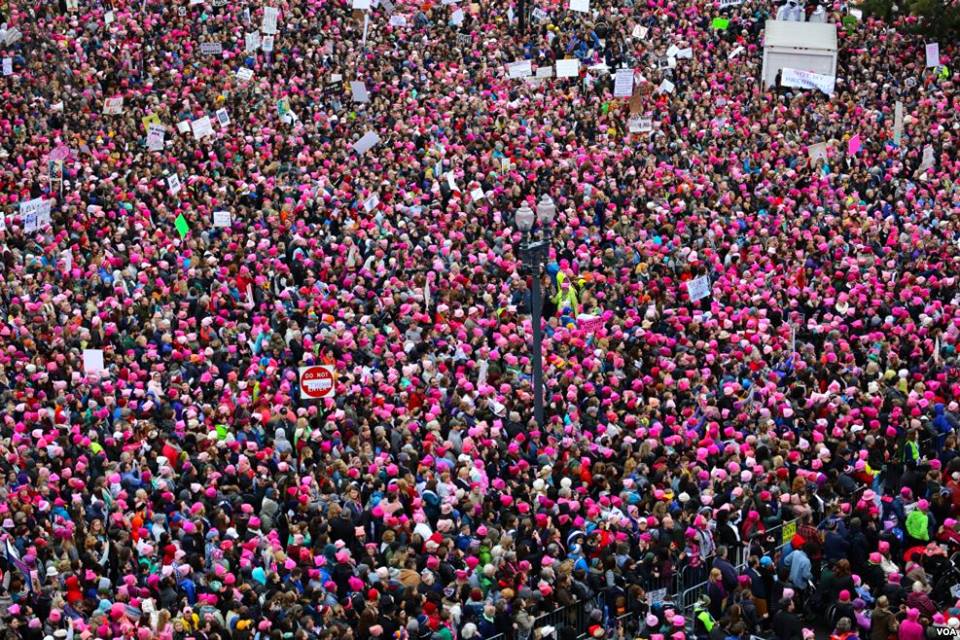 On Tax Day, hundreds of thousands of protesters will take to the streets to demand President Trump release his tax returns and hold the wealthy accountable for taxes that the rest of us pay every year.

Our group, the Center for Popular Democracy, will be among those calling for a tax system that ensures everyone contributes their fair share to our country so that all Americans, regardless of socioeconomic status, have the opportunity to reach their highest potential. We cannot allow Wall Street banks and billionaires to use their wealth and power to repeatedly shortchange us.

The nine largest banks in America, for example, have used loopholes and other tax dodging schemes to lower their tax rate from the official rate of 35 percent to just 18.6 percent, a lower rate than what millions of middle class families pay. That tax dodge alone has allowed the banks to avoid paying some $80 billion in taxes between 2008 and 2015.

These figures do not include offshore tax havens, where Fortune 500 companies have stashed $2.6 trillion in profits on which they owe $767 billion in taxes. That's enough to pay the cost of Bernie Sanders' debt-free college plan and more. They also do not account for the taxes dodged using the "carried interest" loophole which makes it possible for one hedge fund manager who makes $4.6 million per day to pay a tax rate lower than what a teacher or firefighter might pay.

These billions of dollars could have been used to fund public programs that provide critical services that millions of New Yorkers rely on, like public housing, healthcare, and education.

In fact, even some of New York’s wealthiest residents agree. In March, 80 wealthy New Yorkers wrote to New York Governor Andrew Cuomo, urging him to increase taxes on the rich to provide infrastructure services that benefit all New Yorkers. “We need to invest in pathways out of poverty and up the economic ladder for all of our fellow citizens, including strong public education from pre-K to college. And, we need to invest in the fragile bridges, tunnels, waterlines, public buildings, and roads that we all depend on” they wrote.

The state also recently passed its state budget which included a two-year extension on the “millionaires’ tax” expected to “offset the state’s $3.5 billion deficit and fund income tax cuts for people making under $300,000,” as reported by Reuters.

New York should lead the way forward by making the “millionaires’ tax” permanent and closing loopholes that have allowed Trump’s donors and the wealthiest executives on Wall Street to avoid paying huge sums in taxes in recent years.

Most Americans know that our current tax laws are steeply slanted in favor of the rich and powerful – and they are not happy about it. A Pew Research poll found that roughly two-thirds (64 percent) of Americans “are bothered a lot by the feeling that some corporations aren’t paying what’s fair in federal taxes, and 61 percent say the same about some wealthy people.”

Trump has his own sordid history with the IRS. The New York Times obtained documents showing Trump reported a staggering loss of nearly one billion dollars in 1995, which could have allowed him to legally avoid paying federal taxes for 18 years.

In 1789 Benjamin Franklin wrote, “In this world nothing can be said to be certain, except death and taxes.” Almost three centuries later, only one of these things is certain and the other is unfairly avoided by those with wealth and privilege.

Unlike Donald Trump, most Americans don't mind paying their taxes. What they object to is letting the rich and powerful avoid paying theirs. It’s time for the one percent to step up to the plate.

***
Tony Perlstein is Deputy Director of Campaigns for the Center for Popular Democracy. On Twitter @popdemoc.