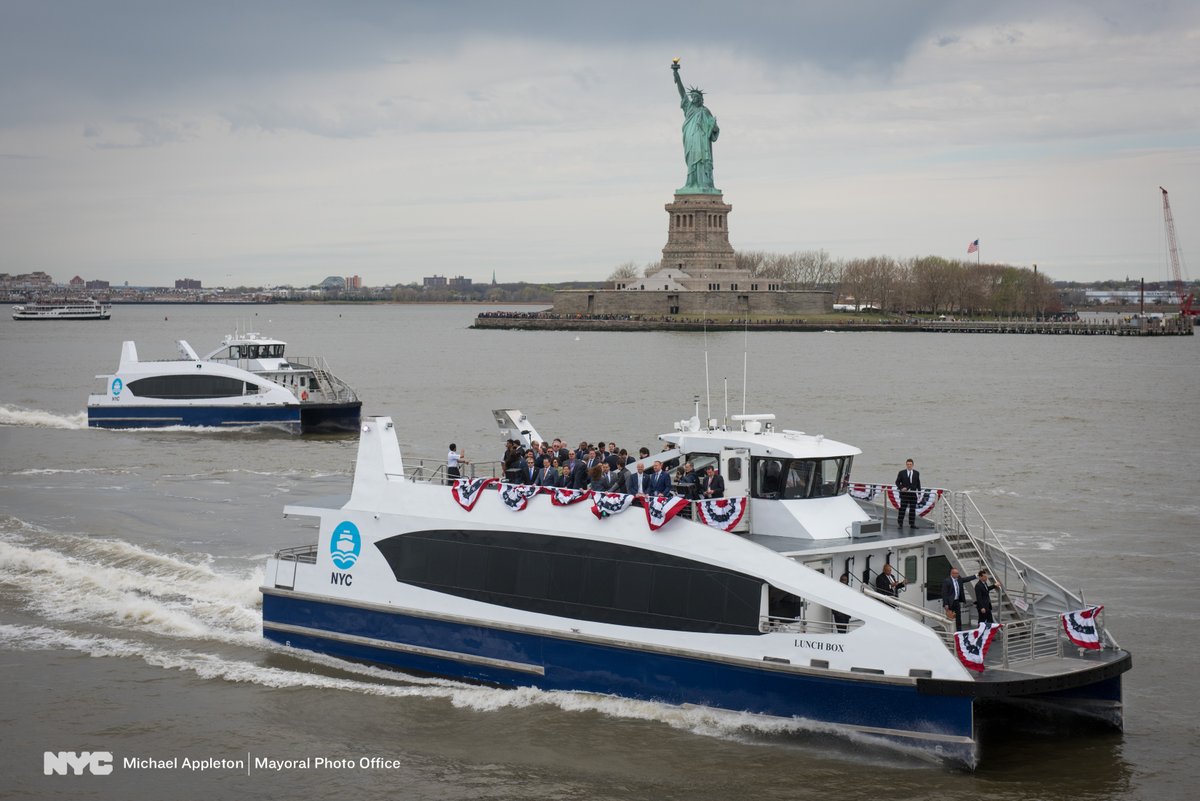 Already a holiday, May 1 will henceforth be remembered by hundreds of thousands of people for the launch NYC Ferry, a new, state-of-the-art waterway transit service. New Yorkers are grateful. “You kept your word!” overjoyed Queens residents exclaimed to Mayor de Blasio as he launched NYC Ferry with the inaugural run from the Rockaways to Wall Street.

But while we celebrate the ferry revolution of May 1, please do not forget October 30, December 30, August 14, and September 11: the anniversaries of Hurricane Sandy (2012), the transit strike (2005), the blackout (2003), and, of course, the tragic attacks of 2001. These dates remind us that we are surrounded by water, and more often than we care to think, the vulnerable, land-based transit systems we all depend on break down.

When that happens, our best bet can be a boat ride.

As we celebrate the birth of the city's first new transit system in decades, easing commuting burdens for Rockaway residents now and the residents of Soundview, Red Hook, Astoria, and many others to come, let’s acknowledge that NYC Ferry also delivers a huge bonus in transit resiliency. A new mode of transportation supplying relief to transit-starved neighborhoods is wonderful when times are good; a lifeline when times are bad. And times will be bad. Climate change is a reality; storms like Sandy pose an increasing threat sure to disrupt our rail and surface transit systems again. Our subways, bridges, and tunnels remain a target for those who intend to do us harm.

With a fare of $2.75 pegged to the cost of a subway ride, the new ferries are affordable. But the system is also a bargain for taxpayers. The projected operating subsidies pale in comparison to those that support express bus or commuter rail service. And the capital cost of creating the system is a rounding error compared to other transit–no tunnels to dig, roads to pave, nor tracks to lay. Beyond that, our government’s ability to finance and build major infrastructure is questionable. The fragile condition of our trans-Hudson rail tunnels and the equally fragile political consensus on how to fund Amtrak’s desperately needed improvements demonstrates that we are far from essential infrastructure solutions, despite talk in Washington.

Rediscovering the benefits of ferries is proof of the old song: everything old is new again. Before New York’s bridges and tunnels were built, the local waterways were thronged with ferries. As car ownership swelled, waterborne transit declined until only the Staten Island Ferry was left. Thirty years ago, NY Waterway launched routes connecting New Jersey shorefront communities to Manhattan, soon followed by New York Water Taxi and Seastreak, and the modern ferry renaissance began.

That renaissance is now a revolution, with NYC Ferry doubling the number of neighborhoods served by maritime transit, and other waterfront communities from Coney Island to Throgs Neck to Staten Island’s south shore demanding service.

Back to the calendar. There’s one more date to bear in mind: the day to be determined in 2018 when L train service shuts down for 18 months of repairs. Ferries will be part of a vital multi-modal solution. The city’s greatest resource, our waterways, are beautiful blue highways, blissfully devoid of gridlock, while offering express trips and boundless views. Whether you are a shore-dweller enjoying an easier commute or a landlubber on a weekend water excursion, we can all rest a little easier knowing that when the next transit crisis happens, we can turn to the blue highways and get on a boat.

***
Roland Lewis is president and CEO of Waterfront Alliance. On Twitter @OurWaterfront.