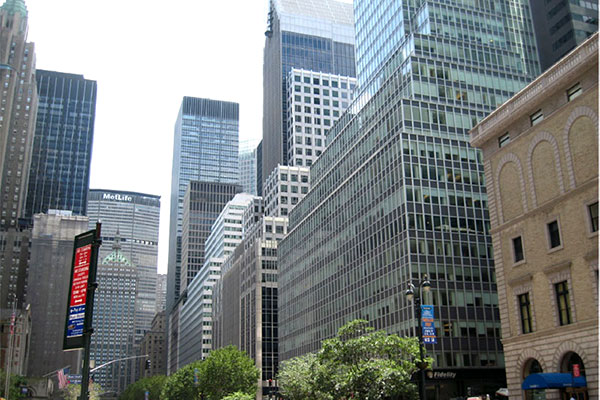 As city officials contemplate new zoning regulations for East Midtown, it's important that they avoid “zoning for dollars,” whereby zoning variances are granted to build larger buildings in exchange for cash payments to the city’s coffers.

But that seems to be precisely what is happening with the transit improvements under the East Midtown proposal.

“Incentive zoning,” the term of art city planners use to describe ceding zoning variances in exchange for public amenities, was once aptly described as “sanctioned bribery, abiding a private sector that can ‘buy’ its way out of legal restrictions.”

At first impression, all incentive zoning might seem to be “sanctioned bribery.” But honest governments work to avoid even the appearance of such avarice. In New York, incentive zoning is codified in the city’s current zoning regulations so that buildings are permitted to be built larger than they would otherwise be, provided the developer creates public amenities like public plazas, atriums, or adjacent transit improvements that mollify the larger building that is imposed on the immediate vicinity. This has resulted in some remarkably inviting urban oases, like Greenacre Park in East Midtown, or the atrium at the former IBM building.

The proposed greater East Midtown rezoning, though, is considerably different.  That’s because it allows developers to make a “one-shot” payment for transit improvements that have only a tangential nexus to any specific Midtown development site.

A history of up-zoning tied to transit public realm improvements shows that similar arrangements in the last 30 years were all directly tied to the immediate vicinity of the up-zoned property. In the past, developments could only be up-zoned with transit improvements if they were built atop or immediately adjoining a transit station, as they were for the Citicorp Building and Zeckendorf Towers.

But in the East Midtown proposal, city planners offer a menu of transit improvements, unrelated to any particular development site, that developers can fund in order to build a larger building anywhere in the boundaries of East Midtown. There’s virtually no difference between building a transit amenity and making a cash sale of zoning rights, aside from the developer funding the MTA budget instead of the city’s. Developers could simply cut a check to the city coffers and eliminate the middleman.

There’s a clear disconnect: on the one hand, city planners assert that transit improvements are necessary to accommodate additional hordes of transit passengers who will occupy new, larger, buildings that will last 50 years or more. But the developers, who created and who will benefit from the additional burden that the transit improvements are needed to ameliorate, pay only at the beginning. The costs to maintain, repair, and replace shorter-lived transit improvements, like escalators and elevators, that were necessitated by the developers’ bigger buildings, will fall upon New York taxpayers and straphangers.

Any other arrangement is simply “zoning for dollars.”

***
J.G. Collins runs The Stuyvesant Square Consultancy, a management advisory and consulting firm, and occasionally comments on national and local policy matters. He has also contributed opinion to the NY Post, Forbes, The Hill, and other publications. On Twitter @StuySquare.