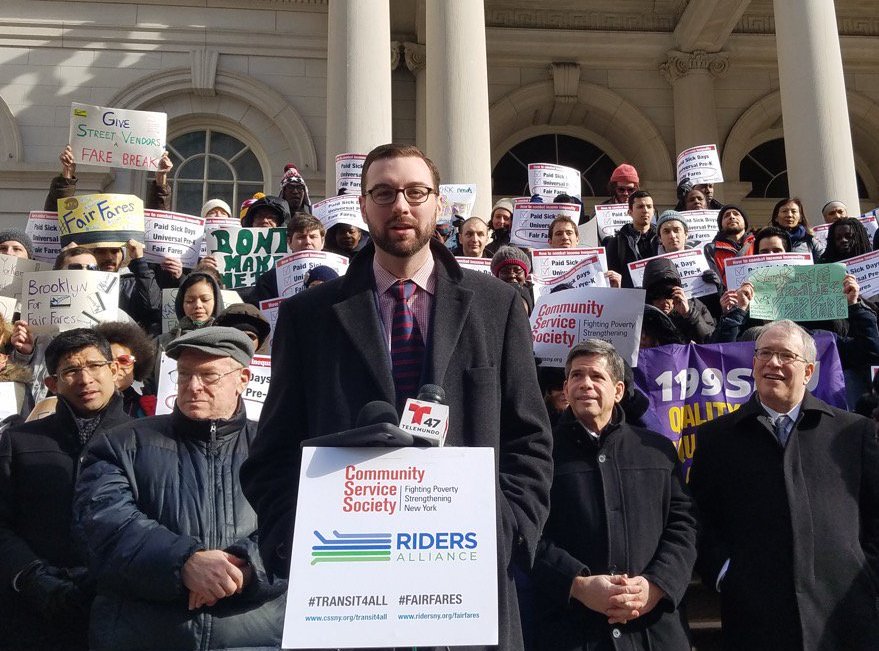 Since Mayor de Blasio unveiled his new target of creating 100,000 new middle class jobs for New Yorkers -- jobs that pay “at least $50,000 a year” -- many have raised questions as to how the de Blasio administration plans to reach that goal. Is this promise just a repackaging of existing job creation or a genuine new effort to invest in growing New York’s middle class?

We in the city’s workforce development community have an answer that would allow Mayor de Blasio to hit this new goal while making real progress towards reducing inequality in New York: don’t count up corporate promises and ribbon cuttings, but focus on graduations and job placements.

That’s because there are two divergent visions for what it means for a local leader to “create jobs” – one that involves questionable accounting of the dubious effects of tax credits and new job sites, and one that involves direct investment in the local residents who can be prepared to fill skilled job openings across the city.

Too often when local governments talk about creating jobs, they’re really talking about moving them around: making a deal with a big employer to trim a tax bill in exchange for the announcement of a new or improved facility located within municipal borders. But when ordinary citizens talk about the need to create jobs, we aren’t talking about the need to count employees whose office moved from Jersey City to Queens or from Chelsea to Sunset Park. We’re talking about helping people who are currently unemployed or underemployed lift themselves up out of poverty with a good-paying job.

To shift the machinery of government from the former to the latter, Mayor de Blasio must first make a change within his administration. Currently, too much of the talk -- and the policy-making -- around “creating jobs” is centered on how to use city-owned property and subsidize new developments. That perpetuates the problem of counting job sites, even new job openings, instead of counting newly employed New Yorkers.

Instead, the mayor should focus on investments in the people themselves, by empowering his Mayor’s Office of Workforce Development (WkDev), an entity whose entire mission is focused on the city’s workers.

If WkDev were given the responsibility for achieving the mayor’s 100,000 jobs promise, and used its authority to coordinate the alphabet soup of city agencies that help unemployed and low-income jobseekers get the training they need, he could achieve his goal in a way that truly reduced inequality. WkDev already has the blueprint to achieve these goals: the city’s 2014 “Career Pathways” plan for investing in job training is a good one, but it sits largely unfunded and lacks a mandate for implementation by those city agencies.

Second, the city needs to get on track towards meeting its most urgent Career Pathways budgetary promise – funding bridge programs. These are hybrid education/job skills courses that help people whose current educational or skills levels are too low to qualify them for immediate job placement or advanced skills courses. For example, a course for English-language learners that teaches English through a focus on healthcare, to prepare its graduates for open positions as home health aides. Or a high-school equivalency course with a focus on the math needed for technology jobs, set up to feed its graduates into an advanced tech skills program with a great track record for high-quality job placements. These bridge programs can launch people into a middle-class career track that they otherwise would be blocked from reaching.

The 2014 plan pledged to devote $60 million annually by 2020 to these courses, but as of the FY 2018 budget the de Blasio administration had only invested about one-tenth that amount. Laying out a funding plan to reach that $60 million target by 2020 would go a long way towards helping currently under-skilled New Yorkers envision a future where they are filling one of the 100,000 good new jobs created by this administration.

Equipping local residents to fill high-quality new jobs won’t be easy; it requires real investment in the city’s own people. But if the administration uses the tools at its disposal, it will take an important step to reducing income inequality in New York.

***
Jesse Laymon is the Director of Policy at the NYC Employment and Training Coalition. On Twitter @JesseLaymon & @NYCETC_org.