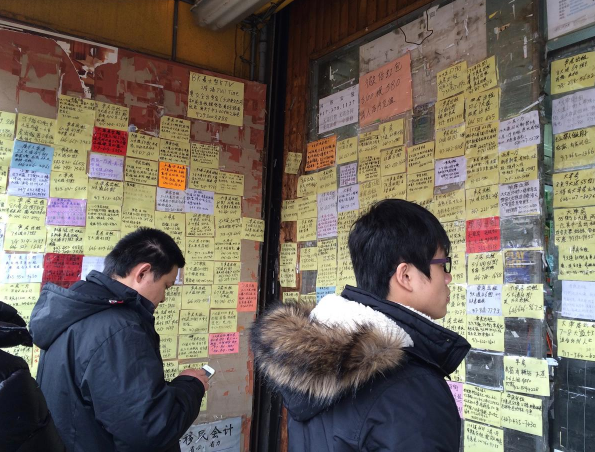 The New York City Council recently passed an “Aggravated Illegal Conversions” bill by a 49-0 vote. The legislation -- sponsored by City Council Members Gentile, Williams, and Grodenchik, and Brooklyn Borough President Adams, and signed into law by Mayor de Blasio -- significantly increases the civil penalties for owners who illegally subdivide their residential property to create three or more dwelling units (typically single rooms) above the number legally permitted by the property’s certificate of occupancy. Unpaid penalties become a tax lien that the city can recoup through a forced property sale.

Illegal conversions provide a housing source of last resort and their prevalence in working-class, immigrant enclaves and neighboring areas underscore New York City’s acute housing crisis. The outstanding demand for affordable housing augmented by rising real estate values are the driving forces behind predatory landlord practices. Investor-owners subdivide their property in order to maximize rental profits; homeowners may similarly seek to capture untapped profits, or they may depend on rental income to support a huge mortgage debt.

In either scenario, modest one- to three-family properties have become “modern-day tenements” where working-class New Yorkers are only able to afford a substandard, single room. A common sight in Sunset Park and Flushing are bulletin boards with numerous notices publicizing single rooms for rent. Long discarded as a viable source of housing for low-income tenants, SROs were recently touted as a niche alternative for affluent millennials.

In addition to identifying and punishing predatory landlords who profit by subjecting tenants to substandard housing, Council Member Williams noted, “It is also our responsibility to offer a realistic, affordable housing alternative to the residents.”

There is no question that illegal conversions pose a present danger to the thousands of New Yorkers who rely on this form of shelter. However, this legislation offers no alternatives or protections for tenants whose only source of “affordable” rental housing typically entails risk to personal safety, arbitrary eviction, and hazardous conditions.

The law -- which increases fines, requires the DOB to seek an access warrant and vacate illegal conversions, and potentially, dispossess offending property owners -- has tremendous appeal for middle-class homeowners and civic associations who are, foremost, concerned about a diminished neighborhood quality of life and aesthetic as measured by overcrowdedness, lack of street parking, and front yards converted to parking spaces. Bob Cassara of the Brooklyn Housing Preservation Alliance worries that illegal conversions will tip the balance of a neighborhood’s demography: “Once a home is sold and illegally converted, people refuse to live next to a home with triple the legal occupancy.”

During an October 2016 City Council hearing, Council Member Williams expressed concern that the aggravated illegal conversions bill may appear to be targeting particular tenant populations such as immigrants and people of color. “I know there were some questions of what this bill was and if we were trying to hurt specific demographics and whether it was Haitians in my district and Chinese in Council Member Gentile’s district,” Williams said.

There is good reason for his concerns. Since Trump’s election, New Yorkers — including community board members representing the city’s celebrated hyper-diverse neighborhoods —feel emboldened to express anti-immigrant sentiments. A longtime member was recently removed from Community Board 4 in Queens for her comment that bicycle lanes will no longer be needed once Trump “removes all the illegals.” According to a DNAinfo map of the November 2016 elections, a large part of Council Member Gentile’s district voted for Trump. Less than a month after the presidential election, a Muslim off-duty NYPD officer and her son were the targets of a racist verbal assault in her Bay Ridge neighborhood. News accounts of escalating fears of detainment and deportation has prompted Congressional Rep. Nydia Velazquez to introduce legislation that prohibits Immigration and Customs Enforcement (ICE) agents from identifying themselves as local police officers.

Mayor de Blasio has declared our city a sanctuary for immigrants. In this climate, we need to actively ensure that all New Yorkers have safe haven. While this illegal conversions law rightly seeks to punish predatory landlords and their exploitative practices, without the provision of alternative, safe and affordable long-term housing, this law deepens the crisis facing our most vulnerable tenant populations including immigrants, seniors, and the working-poor.