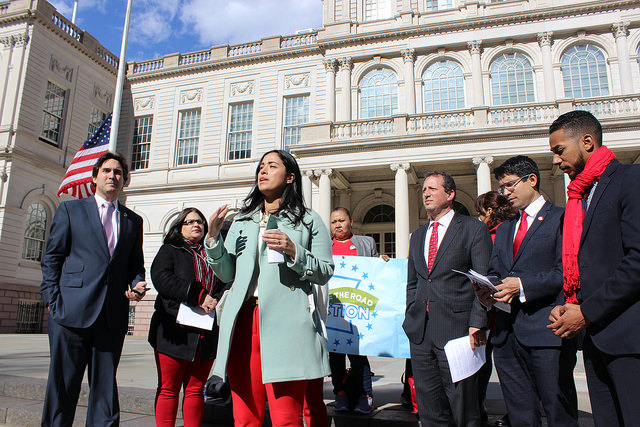 Repairing the subways, closing Rikers, rescuing failing schools – it can seem like New York’s most insurmountable crises are always being dealt with by cutting corners and taking the path of least resistance. This isn’t how it’s always been in our city. When the city passed the historic Fair Share Criteria in 1989, officials finally said enough to the inequitable distribution of city facilities and called for investment in a long-term plan for facility siting in the future.

These rules were supposed to require the city to place facilities in a thought-out, deliberative process that factored in their potential effectiveness as well as the input of the community. Unfortunately that hasn’t been the case.

Over the years, the original Fair Share Criteria have been found to be non-transparent and filled with loopholes that city officials and agencies continue to exploit to this day, particularly when it comes to homeless shelter siting.

The city’s new homelessness plan shows this disregard for Fair Share, with officials looking to place shelters in the easiest-to-build locations in order to satisfy the plan's goal of building 90 new shelters. Sadly, this means that overburdened communities are once again seeing shelters open just blocks away from existing shelters, while nearby neighborhoods continue with few or no shelters at all. This is a clear misallocation of resources that will only help to exacerbate difficulties around existing shelters.

Want a real example of how Fair Share isn’t being factored into the city’s homelessness response? One of the newest facilities in the city, a 28-unit shelter that is set to open soon in on East 17th Street in Gramercy, perfectly illustrates the current situation. This shelter is exactly what the city needs – its small size will create a safer, more comfortable environment for its residents, and the facility will have access to the programs that can get New Yorkers back on their feet.

But this shelter’s innovations quickly end when it comes to its location. The site was quietly chosen largely because it was a former treatment center and easy to develop, even though the community already has nearly 1000 beds within walking distance at the 30th Street Men’s Shelter. With such a large population and a lack of individualized supportive services, this shelter has been a disappointment for many who reside in it and a continued complaint of local residents who see hundreds of men outside each day with seemingly no path to housing stability.

I want our district to be a role model for the rest of the city, where we each accept the same, equal responsibility to help. When I am elected to the City Council, passing the recently announced Fair Share reform package will be one of my first legislative goals.

I also understand that new shelters such as the one on 17th Street will be a real resource for our community’s most vulnerable residents. However, we also must be fair and recognize the terrible situation occurring at large, less-effective shelters such as 30th Street, and couple any new shelter openings with a reduction of beds at larger or failing shelters. This would bring shelters like 30th Street more in line with the smarter, smaller shelters we need in this city.

For years the city favored quick fixes over a long-term solution to homelessness. But homelessness has never been an issue that can just be swept under the rug and forgot about, or dealt with by warehousing people. It requires a forward-thinking strategy that looks at each level of the homelessness support structure and honestly asks if we can do better.

A better Fair Share is the first step in this process, and it won’t be easy. But our city’s biggest accomplishments have always emerged from the most visionary ideas. We know what needs to be done – now we just need the courage to follow through with it.