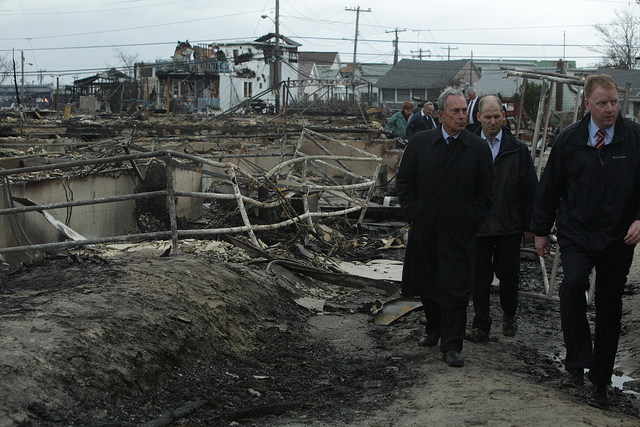 Over the last few weeks, New Yorkers have watched with great anxiety as Texas, Florida and Puerto Rico, among many other places, were pummeled by massive hurricanes. Whenever we see storm destruction, memories of Sandy re-enter our consciousness; as does the question: Is New York City significantly better prepared for the next big one? My answer is “No.”

As a technology professional in disaster management, I’m constantly on the lookout for better ways to use software tools and information management practices to improve a city’s resilience. With new technologies coming out all the time, there are many pathways for improvement, and selecting the right place to focus preparedness efforts is never easy. In New York City’s case, however, it’s pretty simple: one of the most impactful things we could do, and certainly the lowest hanging fruit, is to build a canonical directory of all the health, human, and social services available in New York City so people know where to go to get the services they need before, during, and after a disaster.

The directory system I’m proposing is often called a “211 system.” In almost every major U.S. city and in over 90% of counties, if you call 2-1-1, you’re connected to a directory assistance representative that can refer you to the health and social services that meet your needs. If you call 2-1-1 in New York City, you’re connected to our 311 system — which is good at providing basic information about government services, but isn’t able to refer you to the vast majority of nonprofit services available in the city.

211 systems are essential infrastructure for any coherent social safety net. Indeed, without them we don’t even know what the social safety net looks like! These systems enable people to find a huge array of help for a broad collection of things, including: housing, employment, food, children’s services, domestic violence counseling, and so much more.

Without a 211, social workers are left to solve this information problem on their own. Many create their own lists on paper and in Word documents that they share with each other. Some organizations maintain resource directories for certain kinds of people or neighborhoods. Well-funded institutions even pay for-profit companies to find this information and provide it to their clientele.

Our lack of a real 211 system is a hindrance to every nonprofit and government service provider, and an embarrassment to every politician who claims to care about New Yorkers in need. If they really cared, wouldn’t they make sure it was possible for every New Yorker to actually find the services they're entitled to receive?

Prosperous and powerful New Yorkers tend to be unaware that the city lacks a 211 system because they rarely, if ever, use nonprofit social services. But when a disaster like Sandy happens, many people who never before needed access to nonprofit services suddenly do. Because of this dynamic, 211 systems serve extremely important functions during disaster recovery by providing a canonical sources of information about services for survivors. They also tend to become the centers that convene and facilitate collaboration between government agencies, nonprofits and community groups.

211 systems in New Jersey and Long Island played this role after Sandy, and by most accounts their recoveries went much smoother than New York City’s. In New York City, no local entity took responsibility for organizing all the nonprofit service information, which led to a massive coordination crisis. Things got so bad that some intrepid FEMA staff created a 211-style services directory themselves, even though it was so far outside their traditional responsibilities that they had to pretend that other organizations had created it out of fear of political backlash. To this day, no one in city government or the nonprofit establishment has taken responsibility for these coordination failures. Nor has any agency or organization taken responsibility for ensuring that it never happens again.

While incremental improvements in disaster management and recovery processes have certainly been adopted over the last five years, one of the most important Sandy lessons is that New York City desperately needs a fully-funded and well-functioning 211 system. Until we have one, New York City cannot claim to be following even the most basic best practices in disaster preparedness.