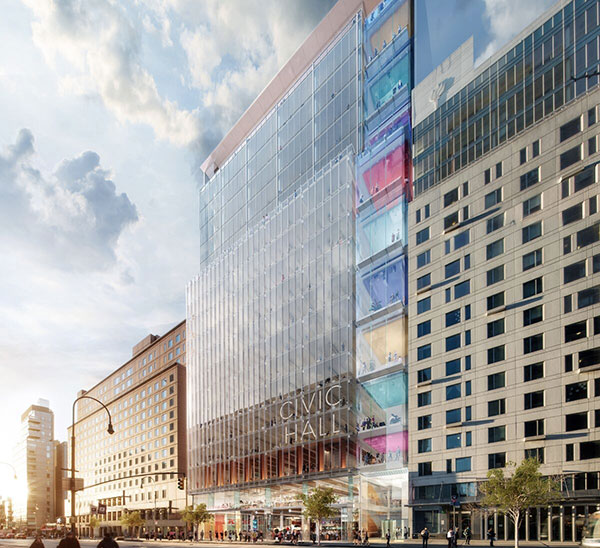 For over three years, we have asked the mayor to change zoning rules for the University Place and Broadway corridors in our neighborhood, where intense development is rapidly accelerating. Current zoning only allows luxury condos, hotels, and office buildings to be built there. As a result, a 300-foot-tall luxury condo tower has just topped out on 12th Street, with no affordable housing (under our rezoning plan, that development could have included 29,000 square feet or more of affordable housing). A slew of office towers catering to high-end firms are going up or being planned in the area at a similar scale, along with other luxury condo projects; we can only expect more of the same under the existing zoning.

Our plan calls for switching to zoning of the type that exist in other neighborhoods which incentivizes the inclusion of affordable housing in new developments, or to make that inclusion mandatory. Our zoning plan would not fundamentally change the allowable overall size of new development, but would cap new building heights at about half that of these new out-of-scale towers, preserving neighborhood scale and character.

Next door, along 3rd and 4th Avenues, we are seeking to close a loophole in the zoning for these blocks that allows developers to sidestep the existing incentives for creating affordable housing by building purely commercial buildings. That loophole recently resulted in the demolition of five modest walk-up apartment buildings with scores of housing units, many of them rent-regulated, to make way for a 300-room hotel being built by David Lichtenstein (founder and CEO of the Lightstone Group), who raised funds for the mayor and was appointed by the mayor to the Economic Development Corporation. Our zoning plan would cut the size of commercial developments in this predominantly residential neighborhood, so new development would almost certainly be residential and subject to the affordable housing incentives. Here too, those incentives could be made mandatory.

The mayor’s response? A resounding “no.” In fact, until publicly confronted about this at a recent town hall, the mayor’s planning officials even refused to meet with us. The situation is made even more urgent by the plan by the mayor and his Economic Development Corporation to rezone a nearby site to create an enormous “tech hub.” Lacking the zoning protections we are calling for, this will only accelerate the rate of high-rise condo and commercial development in the nearby residential area, with no affordable housing (the proposed tech hub site had been earmarked for affordable housing years ago to boot).

The mayor has a policy of only allowing rezonings that mandate affordable housing, for which there are strong arguments. What lacks any justification is the mayor’s insistence that such rezonings also allow vast increases in the allowable size and amount of new market-rate housing. Because our proposed rezoning does not, the mayor opposes it. But his way not only undermines the entire purpose of including affordable housing, by also flooding the area with much more high-end housing than would otherwise be built, but destroys the scale and character of neighborhoods at the same time. This is why so many communities across the city have resisted the mayor’s rezoning plans, while putting forward their own, much more reasonable ones.

If the mayor has his way, this part of the Village and East Village will retain zoning that will only lead to a vast flood of out-of-scale condos, hotels, and upscale office towers, and miss opportunities to create or preserve affordable housing where it is sorely lacking.

Under our plan, supported by every local elected official and community group, new development would have strong incentives or requirements to include affordable housing, and would remain in scale with the neighborhood without unduly taking building rights away from the developers.

So, which side are you on, Mr. Mayor?