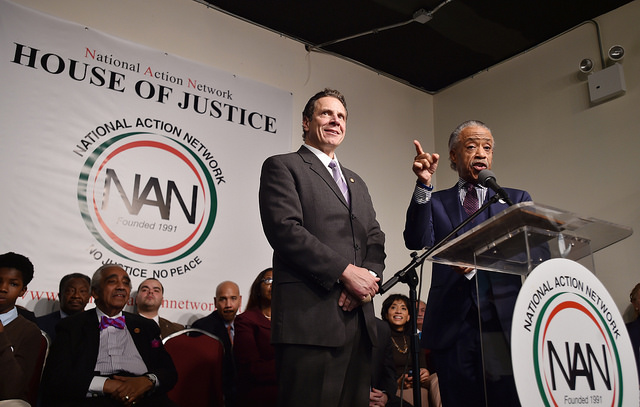 Governor Cuomo recently gave his 2018 State of the State address. Like years past, he highlighted his accomplishments and reminded New York of the “historic commitments” he’s made to solve our most pressing issues. High among those issues was -- and remains -- homelessness. He called on our “compassionate society” to care for the homeless and, discussing criminal justice reform, invoked the late Dr. Martin Luther King, Jr., quoting, “Justice too long delayed is justice denied.”

I agree, Governor Cuomo: New Yorkers are compassionate; homelessness is wrong; and it is the government’s job to meet the needs of all New Yorkers. And in the spirit of Martin Luther King, I would add that it is the community’s responsibility to hold government accountable when it is not meeting the needs of its people.

I am homeless. For the past two years I’ve been staying on friends’ couches and in shelters while I look for housing. At this year’s State of the State address, I joined the Upstate Downstate Housing Alliance coalition, and was one of the 24 people who were arrested while blocking the entrance of the State Capitol. Despite freezing temperatures, New Yorkers from around the state met there to protest Governor Cuomo’s housing failures.

Governor Cuomo’s record on housing has hurt New Yorkers. Tenants are not able to keep up with rising rents, our scarce public housing is deteriorating, and our state has more people homeless than ever on record.

A recent U.S. Department of Housing and Urban Development issued report says that 88,352 people slept in shelters across New York State on a given night last January -- and there are many more, uncounted. Under Governor Cuomo’s watch, the state’s homeless population has swelled by several thousand.

At this year’s State of the State address, the Governor reminded us of his 2016 commitment to invest $20 billion to confront homelessness and create affordable housing. He went on to promise to build on his commitment but provided no details. I cannot help but question whether money will actually materialize and if the housing will ever be built. For nearly two years, we’ve witnessed delays in funding and only partial allocations of the resources we so desperately need.

Governor Cuomo did provide clarity on one thing, however. He threatened to strip local governments of funding for homelessness services if cities fail to conduct effective street outreach programs. This comes at a time when the State has already failed to fairly share the costs of sheltering people with local governments. While street homelessness is a problem that every city should be prepared to deal with, it simply isn’t possible to do without the State’s support.

As always, the question of money will arise. We have already heard phrases like “budget deficits” and “tough decisions,” which only translates to continued homelessness and desperation for those of us living the policies we hear debated.

The truth is, we have the resources to pay for ending the homeless crisis right here in our State.

New York is home to Wall Street, billionaires, millionaires, and real estate developers -- some of the wealthiest people and institutions in the world. With the right tax and budget policies, we could ensure that vital housing programs are funded and that truly affordable housing gets built for low income people.  And with political will and bold leadership, we could slow the continuous stream of low-income New Yorkers who are moving from permanent housing into shelters, by expanding protections for tenants, at no cost at all.

We have some room for hope. Unlike previous years, at this year's address Governor Cuomo committed to closing the carried interest loophole -- a provision in our tax code that gives the wealthiest people in our state massive tax breaks. Closing this loophole would generate billions of dollars for New York, protecting us from the Trump Administration’s disastrous tax and budget policies. We’ll wait to see if Governor Cuomo moves words into action, and truly aligns with New Yorkers who support economic fairness.

Ahead of the Governor’s presentation of his budget plan and on the heels of the Martin Luther King Day, let’s hope Governor Cuomo remembers the more than 88,000 people who are homeless across the state. Let’s hope he makes the investments we so badly need. And let’s hope he remembers that Dr. King dedicated his life to demanding justice for all.