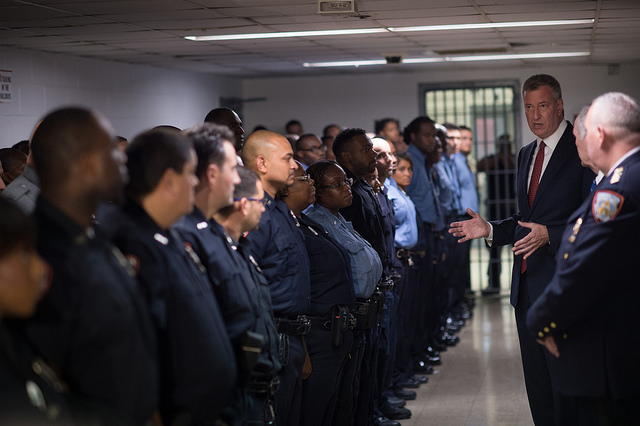 Closing Rikers Island jails is the right decision for New York City, but it shouldn’t be at the expense of a thriving community. The Concourse neighborhood in the West Bronx has experienced a renaissance in recent years. Densely packed blocks of tenants and homeowners, public and parochial schools, libraries and mom-and-pop shops surround a glut of municipal uses. Shoehorning a 25-story, 1,500-bed jail into this neighborhood would be a significant and lasting mistake, one that would undermine the progress the West Bronx has made and the progress we hope to achieve through new borough-based jail facilities.

A new jail at East 161 Street, behind the Bronx Hall of Justice, would bring additional traffic to an area that already regularly experiences gridlock. There’s practically no parking in the area and it’s not uncommon to find court and police cars parked on sidewalks and in medians. And that’s before factoring in Yankees game-day traffic.

Proponents of the 161 Street site argue that by eliminating Department of Correction bus trips, the jail would relieve congestion. It might help, but the traffic generated by correction staff and visitors would increase traffic in the area tenfold. The de Blasio administration admits it has no plans to expand available parking in the area. Unless the City comes up with a real plan to reduce congestion, it’s unfair and unsafe to site a jail in this area.

If the 161 Street proposal were to go through, the Bronx’s borough-based jail facility would be less than 50 feet away from one of its highest performing high schools. In addition to the high school, an elementary campus, and a parochial school share the same block. I strongly believe no student should go to school in the shadow of a jail. It would disrupt the learning environment and undermine our efforts to dismantle the school-to-prison pipeline. Simply put, our young people deserve better.

Finally, if the administration wants to truly create a more humane jail, I question the rationale behind choosing the site with the smallest square footage. The proposed NYPD tow pound site boasts a lot of 183,000 square feet, in contrast to the 93,000 – 115,000 square feet afforded at the East 161 Street site. Cells, communal spaces, medical facilities, and even correction officers’ quarters will all have to be smaller. Recreation facilities will have to be on the roof, where detainees could potentially see into the apartments of nearby residents.

Female prisoners will have to be housed elsewhere, adding even more traffic to the community when they’re bused in for court appearances. The lot size at East 161 Street would require the jail be built at a towering 25 stories, raising concerns about officer response time in the event of an emergency, like a riot or a fire.

These are serious concerns and must not be taken lightly.

Ultimately, the proposal to site a jail at East 161 Street falls short. Its proximity to the courts may speed up cases and benefit court officers, but the risk to the community, to our children, and to the integrity and intent of borough-based facilities is too great to ignore. The City originally proposed the tow pound site, just two miles away. That site has a larger footprint, allowing for a 10-story facility with ground level recreation, and is several blocks away from the nearest school. I urge the administration to return to its original plan: build a borough jail facility at the tow pound, and allow the Concourse community to keep thriving.