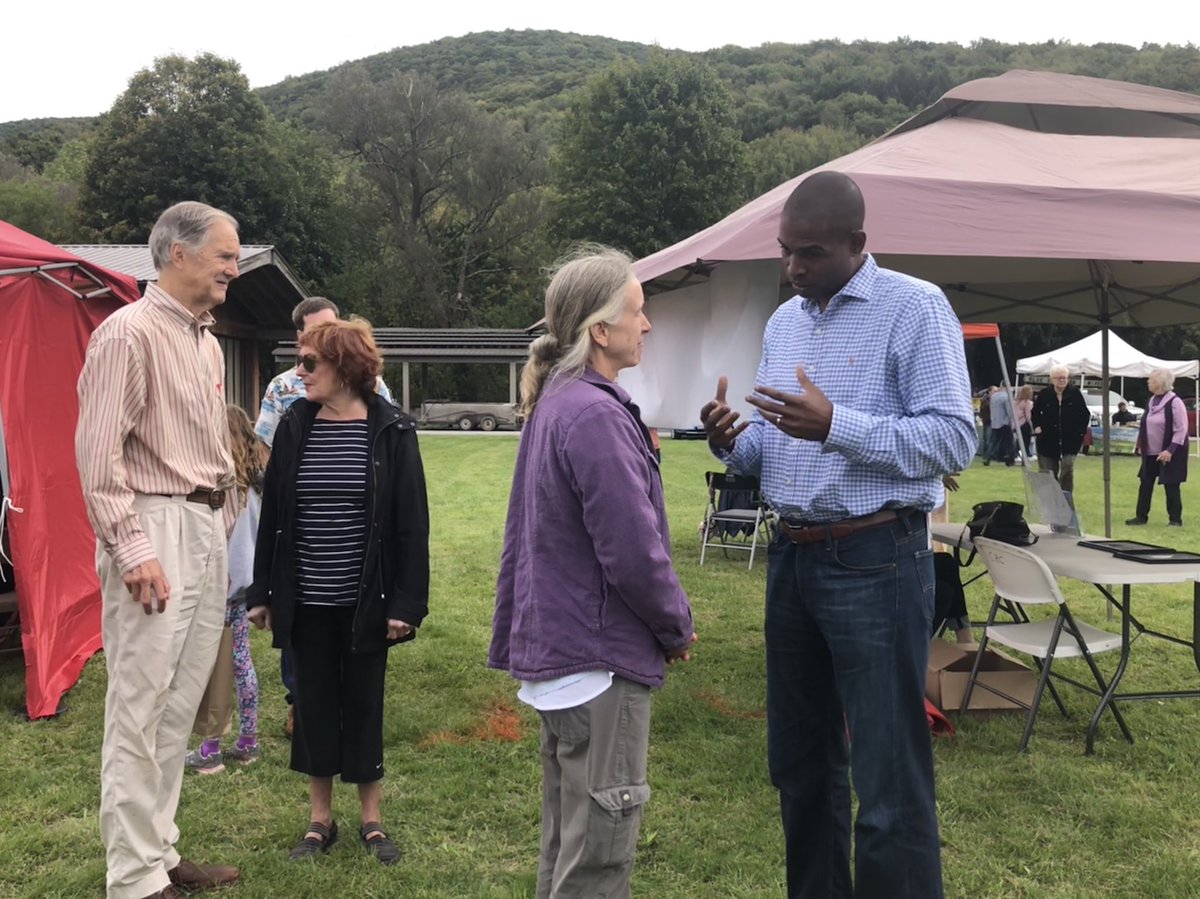 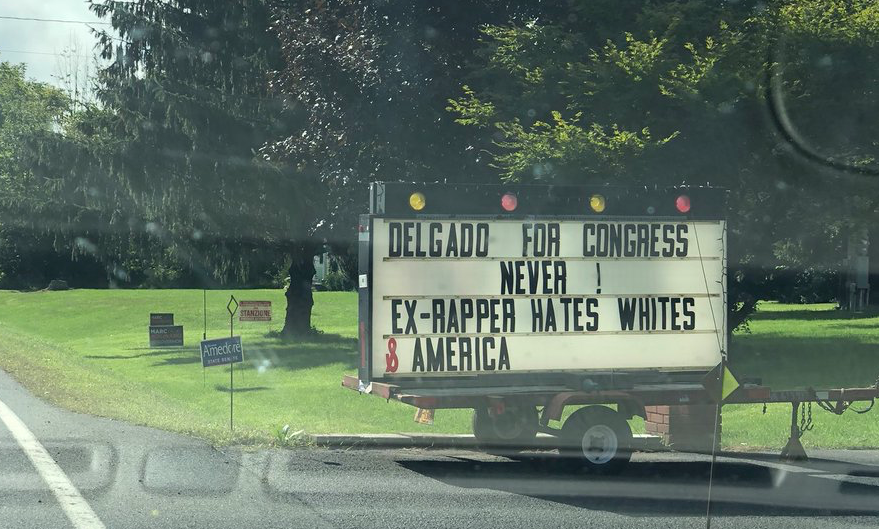 The sign’s recent appearance coincided with the release of a new television ad by the National Republican Congressional Committee (NRCC), where the narrator states that Antonio Delgado, the Democratic nominee for Congress, who is African American, “claims he’s like us,” before playing 30 seconds of cherry-picked and spliced hip-hop lyrics over noticeably darkened, hooded images of Delgado, taken from a short music career he pursued over a decade ago. As anyone living here in NY-19 will tell you, this ad, and many just like it, have been playing non-stop on television, radio, and sites such as Hulu and YouTube since early July, backed by nearly $2 million in spending from the NRCC and Speaker Paul Ryan's Congressional Leadership Fund Super PAC (CLF).

This isn’t the first time in history stoking racial prejudices has been deployed as an electoral strategy. But with a record number of Democratic House candidates who are people of color, the Republican party in 2018 appears to be abandoning its decades pattern of innuendo and coded language, and shamelessly taking these tactics to a new level – overtly race-based attacks against the candidates themselves.

Antonio Delgado is a formidable opponent. And I should know, he beat me in the Democratic primary campaign just a few months ago. He is an inspiring campaigner and tireless worker who grew up in Upstate New York to parents working middle class jobs at GE. He’s a Rhodes Scholar and a graduate of Harvard Law School — the type of story we don’t see enough of here in Upstate New York — a committed husband and father. And he has the kind of diversity of experiences Congress is so badly lacking, from his career in hip hop advocating for social justice, to his time as an attorney spending thousands of hours championing pro bono causes including fighting for reduced sentences for juveniles facing life imprisonment.

While politics is certainly not for the faint of heart, and both parties are guilty of running ads based on identity politics, this advertising campaign to appeal to the least common denominator crosses a line.

The barely veiled implication of the language that Delgado isn't “like us,” serves a simple purpose: to stir up fear in Upstate New York that a man born and raised in this community couldn’t possibly share our values simply because he is black and once was a music artist. It’s hard to see the feigned shock over Delgado’s lyrics as anything more than what it clearly is — race-baiting, and relying on the color of a candidate’s skin, rather than any policy or political differences, to convince the voting public (approximately 85% of which is white in NY-19) that Delgado is not deserving of support.

In response, the NY-19 community has united to denounce these attacks. Nearly 20 local clergy signed a letter to Rep. John Faso, the incumbent Republican representative, calling the ads “a thinly veiled, racist attack for the purpose of insinuating fear in the voters in our district.” A local radio station, WDST, announced it would stop running the ads — the first time the station has ever pulled a political ad off air — with the station’s president calling the ads “highly offensive and factually distorted.” This past week, our former Republican Rep. Chris Gibson denounced the ads, telling WAMC he "regrets" them. SUNY New Paltz Professor Dr. Gerald Benjamin, a friend of Faso, issued a public apology for his comments in a July New York Times story, admitting“the casual use of the phrase ‘people like us,’” has “racist connotations.” But the NRCC’s most recent advertisement uses that exact language — questioning whether Mr. Delgado is ‘like us.’

Unfortunately, this is not the first time Rep. Faso has resorted to such tactics. He has been running ads warning residents to the dangers of MS-13, using the same image of Hispanic men in tank tops and tattoos that was featured in Virginia gubernatorial candidate Ed Gillespie’s controversial “Kill. Rape. Control.” advertisement. He used the debate over the agriculture bill to champion ineffective “work requirements” for SNAP benefits by saying local sheriffs “tell me every drug dealer they arrest has a SNAP card in his pocket.”

Certain Republicans claim that President Trump’s racist statements and policies represent a different brand of politics than their own. Faso dubiously claims he has ‘no control’ over the advertisements.. His recent claim that "there's nothing racial about [the ad]” is either an outright lie, or reveals an astonishing lack of judgment from a sitting member of Congress about the obvious implications of this line of attack. However, unless Faso and Republican leaders openly disavow each of these ads, and Republican donors refuse to fund the NRCC and CLF as long as they run, they are wholly responsible.

The good news is, from my experience in this community, I know these tactics won’t win out. During my primary campaign, I traveled to all 163 towns in this congressional district and the people I met, though we had plenty of disagreements, are certainly not the kind of people who will be easily fooled by such divisive tactics. To younger voters such as myself, hip-hop music is not something scary or threatening, it’s now the most popular genre amongst music fans (Kendrick Lamar just won a Pulitzer).

People are showing up in record numbers to protest what’s coming out of Washington, to volunteer for campaigns, and to vote in primaries. In our congressional district alone, turnout doubled for the June primary and hundreds are volunteering every weekend. Republicans are scared, and they should be. But, while there are many permissible tactics in politics — some savory, some not — to draw contrasts between candidates, we as a nation, state, district, community, no matter which party we are in, are better than relying on stirring up racial prejudice to win elections. And I’m confident voters in the 19th congressional district and across the country will agree this November.

***
Gareth Rhodes ran in this year’s Democratic primary for Congress in NY-19 and is the executive director of Show Up 2018. On Twitter @garethtrhodes.