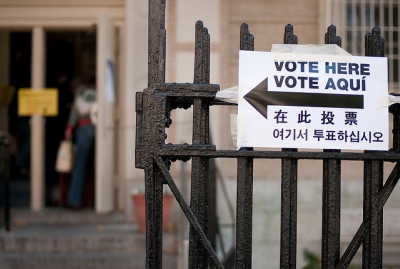 How far and how deep did the Russian government and Russian nationals go to influence United States elections? While hacking and manipulation of social media have garnered significant attention from both the media and the Mueller investigation, it’s also clear that Russian money was being funneled through some surprising channels, such as the National Rifle Association (NRA).

When Citizens United opened the floodgates for corporations to spend unlimited amounts in our elections, it also blasted open a loophole for foreign money to be used to influence U.S. elections. Earlier this month, we collaborated to introduce a bill to close that loophole and keep foreign money out of New York City elections.

While current federal law—affirmed by the Supreme Court in 2012—prohibits foreign governments, foreign-based companies, and people who are not U.S. citizens or permanent residents from contributing or spending money in connection with any federal, state, or local elections, after Citizens United, foreign entities can still invest money through U.S.-based corporations that can then spend as much money as they want on American elections. That’s a direct threat to democracy, and one that our federal government has yet to remedy.

This is not a hypothetical. Companies that we consider to be “American” often have significant foreign investment, and at times that investment comes from some questionable sources. DST Global, for example, has gained notoriety for its Russian connections and has significant investment in many U.S. tech companies, including several iconic companies like Airbnb, Facebook, and Twitter. Saudi Arabia has also been “using its wealth for global influence” with over $2 trillion to invest via its sovereign wealth fund, and it has already taken large stakes in U.S. based companies like Uber, Tesla, and Sprint through its joint tech fund with SoftBank Group, a Japanese company. To be clear, we do not mean to say that these companies are controlled by Russia or Saudi Arabia, but they do serve as examples of how little we know about the foreign ownership of American companies, some of which spend significant amounts trying to influence American politics.

As the U.S. midterm elections approach, foreign actors are testing out new ways to hide their trails. They’ve stopped paying in rubles, and that means that the corporate loophole created by Citizens United will be ever more attractive. The evidence is also mounting that Russia was not alone. Saudi Arabia, the United Arab Emirates, Qatar, and others reportedly sought to put their thumbs on the scale. Though Ellen Weintraub, the vice chair of the Federal Election Commission, has been sounding the alarm about this for years, partisan politics has stopped attempts in Congress and at the Commission to prevent foreign money from being funneled through corporations.

That’s why it is critical to move now to protect our local elections from corrupt foreign influence and to help create a national model for campaign finance reform. In order to protect the integrity of New York City elections, our bill -- Intro. 7087 -- would strengthen the existing federal prohibition on direct foreign and corporate campaign contributions by extending the ban to American corporations under substantial foreign ownership or control.

The bill would prohibit contributions and spending in local elections by “foreign-influenced entities,” which is defined as an entity that is either (1) more than 5 percent owned by a single foreign national, (2) more than 20 percent owned by more than one foreign national, or (3) a corporation in which foreign-national owners call the shots on its political activities. A similar proposal enacted in St. Petersburg, Florida received the backing of constitutional luminaries like Laurence Tribe and Charles Fried, and stands on firm legal ground.

New York has long been a leader in taking action to protect the integrity of its elections and ensure that the voices of New Yorkers are not drowned out by corporate money. New Yorkers deserve to know that foreign money is not flowing into local elections through hard-to-trace corporate channels. This bill upholds the basic principles of American self-government, free from foreign influence. Foreign interference is a clear and present danger, but by closing this gaping loophole New Yorkers can stem the flow of foreign money in their own elections and lead the way for the rest of the nation.