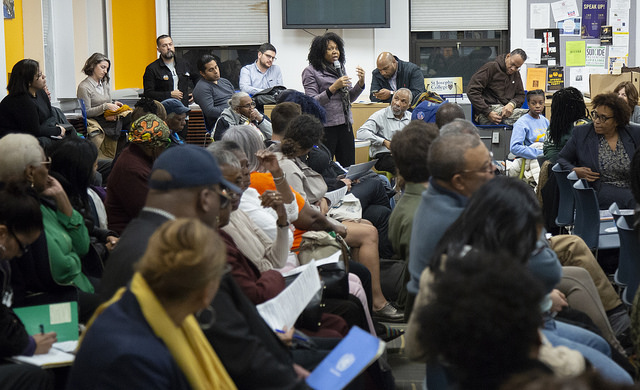 On Election Day, New Yorkers passed three ballot measures intended to strengthen local democracy. One of the approved plans is for the city to create a Civic Engagement Commission that will have several key responsibilities, including a new citywide participatory budgeting (PB) program, assistance to city agencies and nonprofits for their engagement efforts, and support to community boards to make them more participatory and representative of the communities they serve.

The passage of these ballot measures -- which also include lowering campaign contribution limits and instituting term limits on community board members -- is in line with a larger trend taking place across the country and the world. Citizens want more responsive governments. People want more choices, more information, and more of a say. While the new commission gives some local definition to this broader impulse and will be tasked with implementing the aforementioned changes, among other tasks, New Yorkers should also be aware of key issues and questions facing the commission.

First, citywide PB could take several forms. Up until now, it has been a district-based process, where City Council members engage their constituents in deciding how to spend roughly $1 million to improve their community. However, under the ballot measure, PB would be implemented citywide, making New York the first major United States city to do so. While the undertaking is a notable one, several questions arise.

Should this process allow citizens to provide input on the entire city budget, generate ideas for a special central fund, or both? Should it follow the example of the Paris PB process, which relies on digital crowdsourcing and voting, or also include the face-to-face meetings that have been part of PB in Brazilian cities (and New York City Council districts)? Research has shown that in many places, PB has had positive impacts in reducing poverty, improving public health, and raising trust in government – but which PB strategies would best help achieve those impacts here?

Second, helping agencies and nonprofits collaborate in their engagement efforts is both a laudable task and a complicated one. Various organizations and city departments define engagement very differently: for some it means encouraging volunteerism, for others it means advocacy and community organizing, and for still others it simply means disseminating information. Partly because there is no common definition of engagement, there are no commonly used metrics or tools for measuring, tracking, or benchmarking it.

New Yorkers are often not clear on what they’re being asked to engage in and why it is important. The new commission could create a coherent, comprehensive system for engagement in the city – one that has citizen needs and goals at the center, and a full range of organizations supporting people to achieve the impacts they want.

Finally, the commission should help community boards, and the New Yorkers they serve, decide how to honor the contributions being made by existing board members while also revitalizing boards for a new era. Many U.S. cities have struggled with community boards; for example, Seattle recently scrapped its board system because the board members weren’t representative of their communities and weren’t able to engage residents effectively. There are many new tools and practices boards can use, going beyond traditional meetings to bring a wider array of people to the table.

There is already a great deal of civic engagement happening in New York City, thanks to lots of committed people inside and outside local government. The new Civic Engagement Commission can map and build on these assets, and also identify the critical gaps and opportunities. Armed with this information, the commission – and citizens themselves – can start to think through what kinds of democracy we want in New York City.