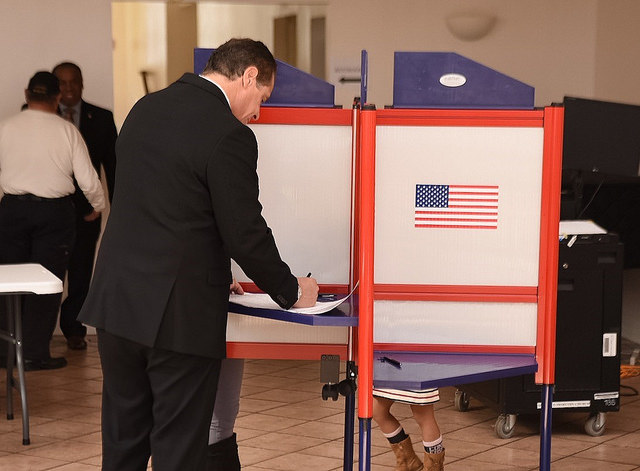 Eighty percent of New Yorkers voted to fortify the way campaigns are financed in New York City through question 1 on the November 2018 ballot. Limiting big money in our local elections clearly resonated with voters, who agreed to increase the public matching dollar amount in the city and reduce individual contribution limits.

And for good reason! Big donations from real estate companies, healthcare corporations and Wall Street can quickly add up and drown out the power from everyday voters on decisions that we care about most like rent stabilization, public school funding, and affordable healthcare.

Today, government leaders in Albany are deciding whether to institute and fund a public matching system at the state level. It’s timely and necessary. The Senate has blocked the reform for years. Now the state Legislature finally has the opportunity to enact real change, but politicians are backtracking. We have just a few days to convince them -- a new budget is due by April 1.

Our system is skewed toward big donors and special interests. According to the Brennan Center for Justice, in New York state elections in 2018, “the top 100 donors gave more to candidates than all of the estimated 137,000 small donors combined.” That’s a tiny, very wealthy fraction of the voting public that isn’t representative of you or me gaining too much influence.

As it has in New York City, small donor matching would enable candidates for state elections to opt into a program that puts limits on large donations but matches small ones. The policy on the table for the state would see the first $175 of each individual’s donations matched at a 6-to-1 rate. With small donor matching, your $10 contribution becomes $70. This reform puts everyday people on the same playing field as the big donors and ensures that our voices are heard over corporations and special interests.

After years of that system, New York City voters just approved increases to $250 and 8-to-1 while lowering the contribution limits.

We’ve had small donor matching in New York City for 30 years, and the population funding city campaigns looks more like the city itself than the group contributing to the legislators who represent the city in Albany. Per the Brennan Center’s analysis, “almost 90 percent of the city’s census block groups were home to someone — and often, many people — who gave $175 or less to a City Council candidate in 2009. By contrast, the small donors in the 2010 State Assembly elections came from only 30 percent of the city’s census block groups.”

And candidates who are elected in this manner may be more likely to create and pass legislation that is representative of their small-donor constituents. For example, after Connecticut passed its Citizens’ Election Program, legislators from the new cohort of small-donor-supported candidates passed a paid sick leave law that had been blocked by special interests for years.

If you believe that corporations and special interest groups shouldn’t be allowed to buy elections, tell your Assembly Member and State Senator that you want small donor matching included in this year’s budget. And do it now!

***
Teri Hagedorn is a volunteer for the New York chapter of Represent Us.