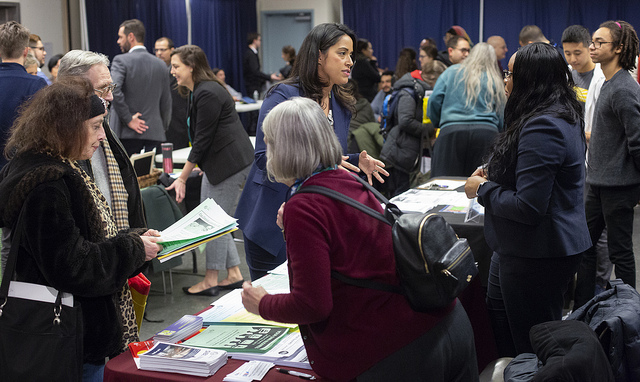 Monday may be April Fool’s, but the one thing New Yorkers shouldn’t be joking about is the importance of the 2020 Census.

April 1 marks one year until Census Day, and in preparation, elected officials are fanning out throughout the five boroughs to talk to New Yorkers about the importance of participating in the census. You may be asking – why is there so much urgency when we still have a year to get ready to fill out this form?

The census is more than just a simple count of persons. It determines the economic and political reality of the United States and its localities, including our city.

Virtually every domestic policy decision the federal government makes in the next ten years will be conditioned by how many people it believes live and work in the country and its specific regions, states, cities, and other municipalities. And the census affects whether New York will continue to receive roughly $73 billion in federal funds for programs like SNAP, Section 8, WIC, and Medicaid, as well as how much representation New York has in Congress and the Electoral College.

If we don’t invest in a serious outreach and education effort, New York State could be at serious risk of an undercount on April 1, 2020 -- when counting begins -- and an underinvestment for New York for many years to come.

New York has struggled with census response rates going as far back as 1990. In 2010, the initial response rate for New York City was 61.9 percent, compared to 76 percent nationwide.

This is because more than half the people in the Bronx, Queens, and Brooklyn live in official “hard-to-count” neighborhoods, which is also the case for those in specific neighborhoods in Manhattan and Staten Island. These areas may be home to large populations of young children, people of color, foreign-born individuals, low-income households, limited English proficient communities, and frequent movers.

And while new changes to the census process such as improved language access and the ability to respond online will help, numerous obstacles must be overcome to reach these populations.

But as co-chairs of the New York City Council’s 2020 Task Force, we are working to re-engage these communities. We are working with each of the city’s 51 Council members to coordinate outreach with local organizations that have a proven track record in their communities.

We are also keeping up the pressure on elected officials to invest serious financial resources in outreach and education. We are disappointed that in its new budget the state only allocated up to $20 million for this critical effort, far short of the $40 million that advocates have been calling for. We need more details about how this funding will be distributed and will keep fighting to ensure that community based organizations in New York City get the funding they need to get an accurate count locally.

We need these resources because the Trump administration is doing everything in its power to ensure there is an undercount in states like New York, including fighting to place a citizenship question on the 2020 Census.

Regardless of the legal outcome of that fight, persuading foreign-born New Yorkers to participate will now require a level of outreach unseen in any previous census.

But regardless of the difficulties we face, we know we must succeed, in part because we both personally know what failure could mean for New Yorkers.

Our parents were able to provide wonderful homes for us because of the supplemental food programs that fed our families and the subsidized housing we lived in, and we were able to focus on our educations because of other financial support services that help low-income families like ours access funds for basic necessities. We probably wouldn’t have become New York City Council members without those programs, and we need to ensure that the next generation of New Yorkers who grow up in poverty have a shot at becoming a doctor, a CEO, or an elected official.

We know President Trump is eager to see us fail. But we can make him look like the fool on April 1, 2020 if every New Yorker does their part, fills out the census, and fights for the basic right for everyone to be counted.