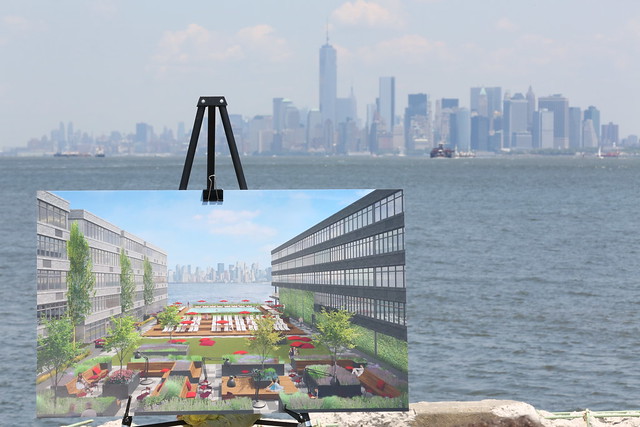 The 2019 New York City Charter Revision Commission is deliberating whether to propose to voters in November that a requirement for a comprehensive city plan be added to the charter.

Should New York City have a comprehensive, well-considered plan?
Yes.

A comprehensive, well considered, plan should be good for everyone. It would involve all of us in the creation and maintenance of a shared vision for our city and its neighborhoods. It would provide predictability for communities, property owners, developers, elected officials, and municipal and state agencies.

It would provide an agreed plan on which to base the expeditious adoption of regulations such as zoning. It would make it easier to base actions on the intention, and not just the words, of a regulation, such as zoning.

It would promote coordination among agencies at neighborhood, community, borough, city, and regional levels. It would allow for more rapid approval of projects and proposals consistent with the plan.

Is the Zoning Resolution New York City’s comprehensive, well-considered plan?
Yes and No.

New York State law requires New York City to base its land use regulations on a comprehensive plan. However, the law allows two versions of a comprehensive plan: statutory and common law.  (See Zoning and the Comprehensive Plan for a discussion of the distinction between the two approaches.)

Using the Zoning Resolution as a comprehensive plan is, therefore, legally permissible but fundamentally wrong. Why?

First, zoning is but one tool in a regulatory regime intended to implement a common vision for our urban environment. Other tools include the City Map, the building code, the State Multiple Dwelling Law, street design standards, park design standards, landmark designations, development incentives such as J51 and 421a, inclusionary housing programs, industrial retention programs, measures to deal with residential displacement, the capital budget, and more.

The plan was in six volumes: the first volume addressed the general vision for the city and the following five volumes spoke to what was happening in each of the five boroughs. The borough volumes had a chapter for each community district and additional chapters for special planning and urban design projects. The document was part vision and part inventory. (See CityLand for a discussion of the creation of the plan with former CPC chair Don Elliott.)

A comprehensive plan needs to comprise at least three dimensions:

One, it needs to address the full range of issues that concern a location.

Two, it needs to address the issues at the appropriate geographical levels – community, county, city, region.

And three, it needs to address the issues as they evolve over time.

(See Planning One Great City for All.)

For example?
Supertall residential towers, using gerrymandered zoning lots, mechanical voids, and stilts to increase their heights (see San Gimignano), have raised questions about the intention of our zoning regulations.

Currently one looks to the Zoning Resolution and reads that mechanical space does not count as zoning floor area. This suggests that a mechanical space in a building, no matter the height of the space, does not count as zoning floor area; which allows even tower-on-a-base buildings to loft the expensive apartments to extraordinary heights. However, if one reads the City Planning Commission reports on tower-on-a-base development or the Special Lincoln Square District one sees that the buildings were intended to be no more than approximately 33 floors and approximately 330 feet tall.

If one were to treat these City Planning Commission reports, rather than the text of the Zoning Resolution, as the comprehensive plan there would be a basis to disapprove a building under tower-on-a-base or Special Lincoln Square District rules taller than approximately 330 feet.

Therefore, a well-considered comprehensive plan would be a better basis than the text of an actual regulation to understand what the regulation was intended to accomplish.

Is a comprehensive plan too difficult for New York City?
Maybe.

One anticipates that preparing and adopting such a plan would be contentious and procedurally difficult. However, one hopes that the process would be constructive for all involved, fostering democratic deliberation and giving citizens, municipal employees, and elected officials experience with better governance. One also hopes that achieving a shared vision for the future of our city would facilitate the implementation of the plan and expedite the review of projects consistent with it.

The 2019 Charter Revision Commission should recommend to voters this November that the City Charter be amended to create and maintain a living comprehensive plan. This should include provisions that:

The plan should be revised frequently to keep it current with evolving conditions and goals.

Zoning and other regulations be amended to be consistent with the plan.

Agency actions be consistent with the plan.

Actions that are consistent with the plan qualify for expedited approval including abbreviated land use review (ULURP) and community/environmental impact (CEQR).

***
John P. West III has 49 years of professional experience in urban design, city planning, and real estate development, mostly in New York City, and is head of the City Club's Urban Design Committee, a consultant to BFJ Planning, and a member of the MAS Planning Committee and the AIANY Urban Design and Planning Committee, among other roles. In the past, he was on the Zoning Committee of REBNY, chair of the Development Committee of the Long Island City Development Corporation, now the LIC Partnership, and a member of Manhattan Community Board Six for 40 years, among other roles.