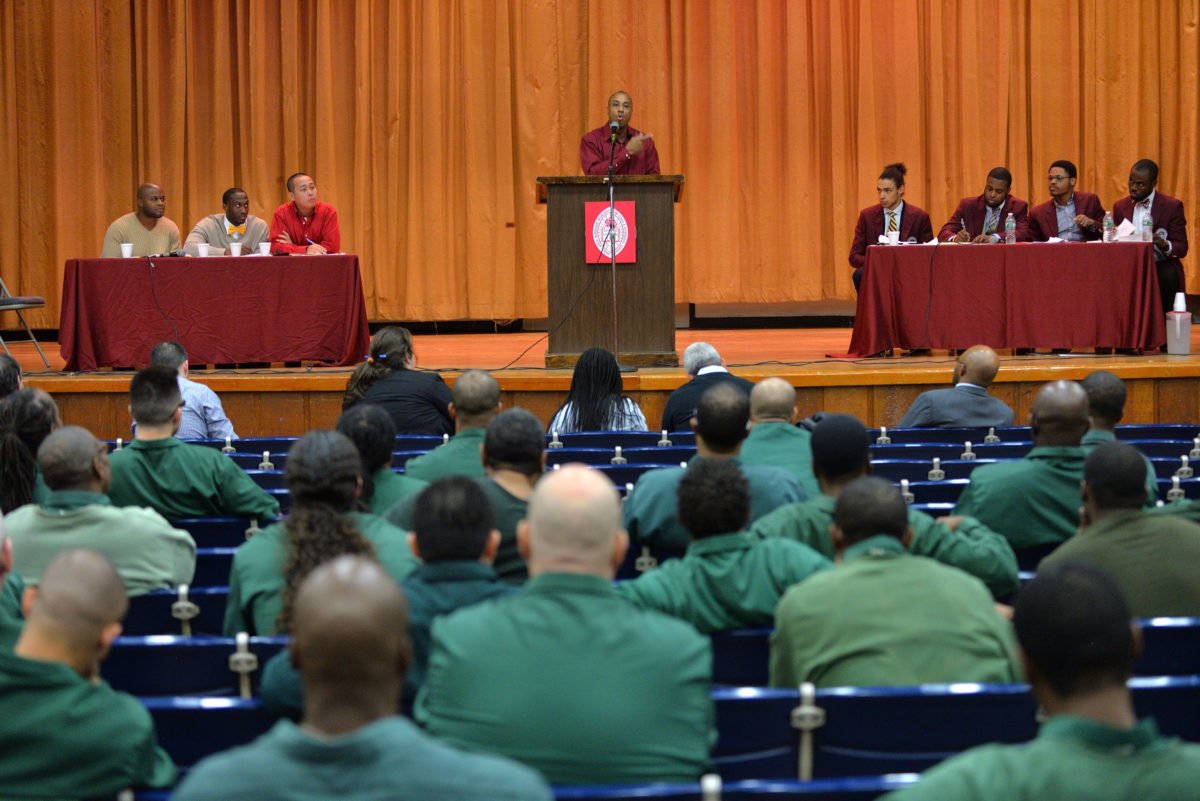 One of the oldest and highest-regarded debating teams in the world just got beat by a team of incarcerated New Yorkers. But we shouldn’t be surprised; they’ve done it before. In addition to this most recent match with Cambridge, the Bard Prison Initiative debate team’s 9-2 record includes wins against Harvard, Morehouse, and the University of Pennsylvania.

For 20 years, BPI has been championing the talents and potential of underestimated students, and debate, it turns out, is just one of the things our fellow New Yorkers are really good at.

For too long, we have held low expectations for whole groups of our neighbors: confining people to extended periods of incarceration; inadequately supporting their personal, educational, and professional growth; and then expecting them to return home and somehow overcome all of the barriers put in their way.

As we reevaluate how criminal justice should work in New York City, BPI and its alumni are a powerful example of what’s possible when we invest in incarcerated women and men and support them as they return home as our neighbors, colleagues, and friends.

A new documentary film, College Behind Bars, produced by Ken Burns, will provide an unprecedented perspective of their stories when it airs nationally on PBS later this year.

College in prison and support for alumni returning home helps formerly incarcerated people rebuild lives, and it also saves taxpayers money. The RAND Corporation estimates that every dollar spent on education for incarcerated students saves four to five dollars because those students return to prison at much lower rates.

BPI alumni are a model of that: more than 95% of them stay out of prison, in comparison to just 58% of formerly incarcerated New Yorkers more broadly. BPI alumni do much more than stay out of prison: they become our treasured neighbors and colleagues. You’ve probably worked with, lived next to, or passed one of these alums on the street today.

BPI alumni are having a profound impact across the New York City landscape, changing the face of philanthropy, public health, community service, business, and technology. They work at a diverse array of organizations including the Ford Foundation, Open Society Foundation, Harlem United, Bronx Defenders, the Brooklyn Community Bail Fund, the Center for Court Innovation, the New York City Department of Health, Hugo Neu Corporation, L&M Development – the list goes on.

It’s not just incarcerated and formerly incarcerated New Yorkers who benefit from this type of investment in education and professional development. At the Brooklyn Public Library, an extraordinary new college was launched last year. BPL partnered with the Bard Prison Initiative to launch the Bard Microcollege at Brooklyn Public Library, bringing a tuition-free liberal arts college to a group of New Yorkers ages 19-66 ready for the challenge, but without the resume or resources of the typical student at an elite college.

When students finish their AA degrees, they’ll get support transferring into bachelor’s degree programs at leading colleges and universities, for which they will be well prepared.

When we invest deeply in the education of underestimated New Yorkers – in prisons and in communities – we create a generation of powerful leaders who represent the actual diversity of New York. That impact makes our city better.

A proven pathway to higher education exists, and New York City is better for it.