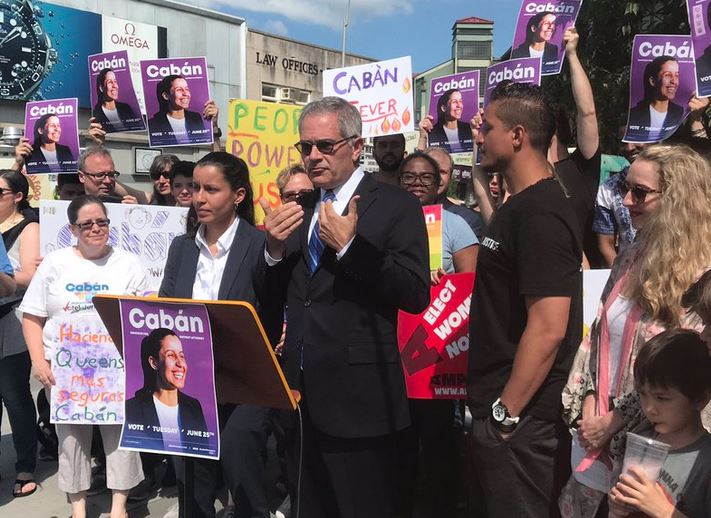 Public Defenders are familiar with getting little respect. Law school classmates assume you couldn’t get a real job. Family members ask why you aren’t trying to make money. Acquaintances ask with distress and disgust, “How can you represent criminals?” Court officers sneer at you for representing [derogatory word they use to describe your clients]. Prosecutors treat you as if you are gum stuck to their shoe. Judges kowtow to prosecutors. And the media lionizes prosecutors.

True, too, that many of your clients don’t trust you. After all, your service is free and in the United States we believe that anything free is worth what you paid for it. You are appointed by the same government that prosecutes them. And poor people accused of crime don’t get to pick their lawyer – you are foisted upon them (the court adage is that a poor person is entitled to a lawyer but not to one of his choosing).

Most Public Defenders have heard clients say to them, with all sincerity and heartfelt best wishes, “Maybe in a few years you’ll be able to make it to prosecutor.” Other clients, with less well-meaning intent, let you know they wish they had money for a “real” lawyer because they’d beat the case easy. Public Defenders have been referred to by clients as Public Pretenders and Dump Trucks (i.e., they just want you to plead guilty so they can dump your case).

In addition to an often-bruised ego, being a Public Defender can also be hazardous to your career. For those thinking long-term, being a Public Defender isn’t exactly the key to career advancement. You might think that with all their courtroom experience there are a slew of Public Defenders in the judiciary. Well, starting at the top, the last Supreme Court justice with any criminal defense experience was Thurgood Marshall. On the other hand, there are and have been many former prosecutors appointed and rapidly confirmed to the Supreme Court.

What about legislative aspirations? How’s this for a campaign slogan – “I’m a Public Defender. Elect me your Senator.” Just listen to the debates for the current Democratic presidential nomination and count how many times one of the two dozen combatants intones, “Well, I used to be a prosecutor.” Think back to Clinton v. Trump and how he lambasted her for having been appointed to represent a man charged with raping a child in 1975. I guess his point was that that made her unfit for office.

So much for those who looked down their noses at you and with barely concealed contempt asked how you felt about getting guilty people off on technicalities (which happens as often as Haley’s Comet makes an appearance). The worm has turned. Public Defenders are trending.

Consider the Public Defender for District Attorney movement. It’s hard to keep up with, every week another Public Defender is off and running to become a District Attorney and prosecute the clients they had just been defending (though in much gentler, kinder and more thoughtful ways). While the movement comes as a shock to most people, I imagine Public Defender clients are in full “I told you so” mode (see supra – “Maybe in a few years you’ll be able to make it to prosecutor”).

While it’s too early to comment on the performances of all the Public Defenders who’ve become prosecutors, there are an awful lot of judges who formerly defended the people they are regularly, and with seeming relish, sending to state prison.

But with all the ever-growing viral love for Public Defenders, nothing can match the latest shout out. Former Vice President, former United States Senator, former Chair of the Judiciary Committee investigating the claims of Anita Hill against Clarence Thomas, he of all people, in response to a withering attack from Senator Kamala Harris during a nationally televised debate, when she accused him of cozying up to racists and racist policies, he, Joe Biden from Scranton, invoked, of all things, his service as a Public Defender. In fact, he threw it back at Senator Harris by almost sneering that she, on the other, less virtuous side, was a prosecutor.

As a former Public Defender, I had palpitations. I mean maybe there are kids out there in America who instead of reading To Kill a Mockingbird and dreaming of becoming a defender like Atticus Finch, will point to that moment as the day they decided to become a Public Defender. I am not sure if Biden ever really was a Public Defender, or for how long, or how competent, but that doesn’t seem to matter to anyone anyway. Just say you were a Public Defender and you win the day.

Think of it. Are there parents out there tucking their kids in at night saying “Dream big, child. One day you can be a Public Defender and then become President” (or maybe after that debate performance, just Vice President).

But let’s not stop the Public Defender juju there. We need more Public Defenders as pundits and commentators. Are you listening MSNBC? Maybe instead of every five minutes saying, “I’d like to turn now to our expert analyst and former prosecutor,” it could become “What does our resident Public Defender have to say?”

Apparently, public defense isn’t a calling or a political stance but rather is a stepping-stone to bigger and better things. I hear there are some races coming up for police commissioner. Isn’t there an opening for a new Head of Customs and Border Protection? Maybe a Public Defender to run Homeland Security? Seize the day Public Defenders. The sky’s the limit.