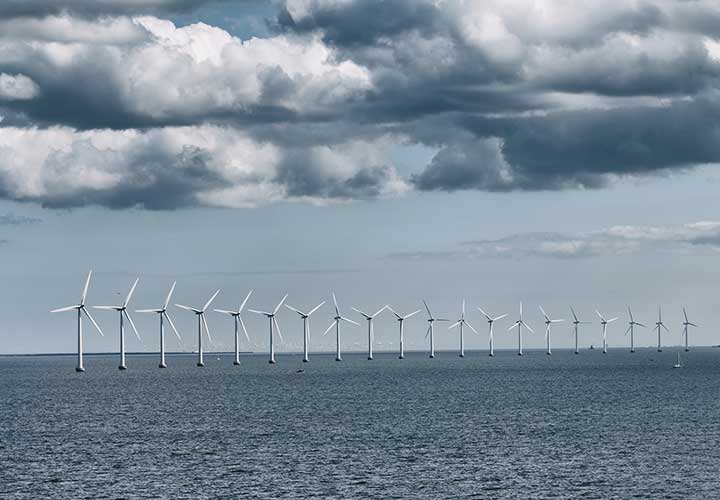 The offshore wind energy revolution has arrived on American shores. In a relatively short period of time, East Coast states are breaking offshore wind records as they compete with each other over wind power. A recent report, though, by the Business Network for Offshore Wind finds that industry challenges will slow growth unless offshore wind states work together to find solutions.

Recently, New York Governor Andrew Cuomo launched the largest offshore wind project in the country. His climate change bill codified 9,000 megawatts of offshore wind power into law, which will produce clean energy for over 3.4 million homes. Similar record-breaking news has been announced in other East Coast states but problems with grid connections, transmission lines, port infrastructure, marine logistics, and employee training can stand in the way of reducing carbon emissions with ocean power quickly and efficiently.

The speed behind the development of ocean power is one of the most important races the United States must run to strengthen our environment, our economy, and our job growth. Today the U.S. has one offshore wind farm consisting of five turbines, compared to Europe’s 4,543 grid-connected offshore wind turbines across 11 countries. During the next two decades, East Coast states and California will have over two-dozen offshore wind farms under development in various stages.

Our states have demonstrated they can and will play a critical role in the global renewable energy market, but we have work to do if we wish to ascend to a top leadership position globally. With the help of over 100 offshore wind experts, the Network’s Leadership 100 report focuses on the demands facing the industry with recommendations to meet them.

For example, New York, New Jersey, and Massachusetts are accelerating their goals for a total of almost 16,000 megawatts (MWs) in offshore wind power. But, as of right now, the Northeast grid will be challenged in capacity to produce beyond 4,000 MWs.

The report argues that a project-by-project approach to grid connection is necessary to get the first turbines in the water. However, once the first few projects are constructed and connected to the grid, it will be difficult to reach the goals set forth by states without a coordinated grid approach. This means states need to build and pay for one grid for all states on the East Coast.

Unique and customized solutions for the U.S. offshore wind industry will give way to yet unknown spin-offs. For example, a bonus industry for the East Coast region is a marine logistics industry. With multiple developers and utilities involved in different states, marine logistics will be critical for coordinating the use of vessels and ports.

Also, as the report explains, bottlenecks will occur, along with setbacks, if the U.S. does not inventory what it can do well and focus on these few things. State competition needs to be resolved and a recognition that not everything can be built in the U.S. is also required.

Overall, there is confusion within the states about the labor, skills, and training needed for offshore wind production. Industry leaders also are confused on where to access training. Our workforce development system is daunting and needs improvements.

The Network’s report includes recommendations for offshore wind states for advancing grid and transmission projects, developing an industry road map and launching a public engagement campaign. The offshore wind supply chain has the potential to reach every state. We all want an American industry operated with American content, intelligence, and know-how. Let the race for ocean power begin but let’s all get on the same team.

***
Liz Burdock is President and CEO of Business Network for Offshore Wind. Jay A. Borkland is Senior Engineering Manager for Lloyd’s Register Boston Office of Renewables. On Twitter @LizBurdock1 of @offshorewindus.