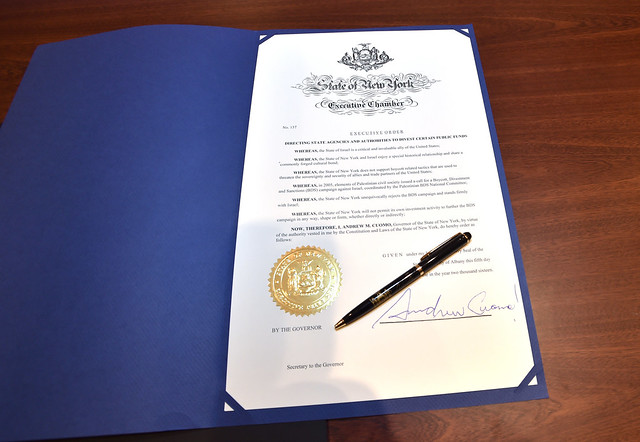 Recently, Governor Andrew Cuomo and Attorney General Letitia James announced that New York will receive $19 million from Equifax as part of a broader $700 million settlement for a massive data breach that took place in 2017. This settlement represents a clear victory for civil justice, but it also highlights how major corporations use underhanded mandatory arbitration policies to deny accountability and recourse to consumers.

When news of the data breach first broke in fall of 2017, Equifax attempted to make amends by offering a year of identity theft protection services to affected customers. But this offer came with a startling catch – under the required terms, which could not be negotiated by the customer, affected customers were prohibited from joining collective lawsuits against the company, and instead were required to accept “mandatory arbitration.”

“Mandatory arbitration,” the legal clause wielded by Equifax in its offer of “free” identity theft protection, is widely used by companies as a shield from the civil justice system. Further, it is often buried in cumbersome contractual language (the “terms and conditions” people blindly agree to when they buy something online or even use a coupon), which is more often than not overlooked by consumers until it is too late.

Why is mandatory arbitration a scourge to consumers and victims?

Moreover, victims are up against powerful corporations with overwhelming resources, and in an arbitration everyday working New Yorkers are no match for a team of high-powered, professional defense attorneys, who will sit across from the consumer at a large, intimidating conference table, hammering home their points. Further, in mandatory arbitration evidence and outcomes are shielded from public scrutiny and wrongdoers are able to hide their bad acts.

Our country’s civil justice system is designed to hold companies and industries responsible when their actions cause harm to consumers and employees. In a court of law, victims of negligence, discrimination, and malpractice have an opportunity to address corporate transgressions.

For that reason, it’s important that consumers have avenues to justice unencumbered by mandatory arbitration policies. It’s critical that those affected by corporate negligence can hold bad actors accountable. Under mandatory arbitration, perpetrators can escape scrutiny by burying individual claims in paperwork and litigation costs.

In practice, the civil justice system has forced companies and organizations to address wrongdoings, compensate victims, and correct institutional flaws. When mandatory arbitration has been removed from the picture, civil courts have successfully helped to limit deceptive tobacco advertising, protect people from toxic chemicals, and even make our cars safer.

Mandatory arbitration is a sham, intended to stifle cries of injustice and protect a company’s bottom line. Moreover, this assault on the right to trial has crept into all types of contracts, including the agreement you sign with the nursing home for your elderly parent as well as the items and services you may buy online.

In the wake of the Equifax scandal and countless others like it, it is imperative that our state and federal lawmakers stand up for consumers’ legal rights.