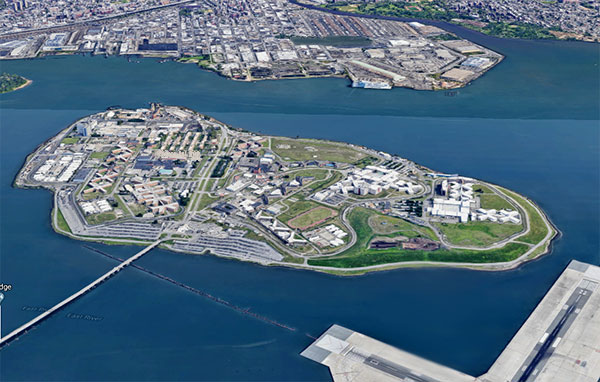 As an organizer directly impacted by incarceration, I often ask fellow New Yorkers that have been previously incarcerated to imagine what it would feel and look like for our communities to have the resources we need to remain in our neighborhoods and thrive.

Our work will solidify New York City as the most decarcerated big city in the U.S. We have done the difficult work of significantly decarcerating New York City and State, forcing the city to shrink the jails system from 12 citywide to four borough-based facilities with improved conditions. Based on pretrial reforms we achieved at the state level, the city has also planned to reduce jail capacity from approximately 15,000 to 4,600 people — officials are estimating the city’s jail population can soon reach 4,000 and we are pushing to reduce that to less than 3,000 in the coming years.

The mayor has answered our demands with his proposed jails plan, which should be passed by the City Council, while improving the plan by supporting our push for further decarceration, a faster route to decarceration, facilities that respect people’s dignity and provide the resources and services every person deserves, and an end to the Department of Correction’s reign of terror.

While this work to decarcerate and to shrink and humanize the system is vital, we also demand that the mayor and the City Council provide the resources that enable us to build communities that flourish.

More than three years ago, I joined other leaders — who had directly experienced Rikers — on a mission to close Rikers and build communities, with the end goal being vibrant resourced neighborhoods and complete transformation of justice in our city. We drew inspiration from the plans for healthy communities laid out by the Black Panthers and Young Lords.

Drawing on a series of community forums (#buildCOMMUNITIES) held last year, we have worked with over 60 partners and advisors from more than 30 partner organizations and groups, along with more than 200 people representing families and communities impacted by incarceration in New York City to put together demands tied to our vision of shifting funds from law enforcement to community resources, providing a roadmap for New York City to make a bold shift from the status quo to a city that lives the values of equity and racial justice.

I was incarcerated for a total of seven years and was 16 years old the first time I was on Rikers Island. One of the things I learned about Rikers is it prepares you to go in, but not to get out. When I came home at the end of 2008, I felt less than human, which is actually the point of Rikers Island — to dehumanize. I didn’t know how to return back to the world, so I just kept doing the things that landed me on Rikers. I was incarcerated again at 19 years old.

I’ve been home for good since 2014 and I have dedicated myself to ensuring young people have more resources and possibilities than I once did; that means closing Rikers, shrinking the jail system, and building and investing in communities where no one should worry about coming into contact with the justice system.

Last week, I visited #CLOSErikers campaign member Sugah Tavarez at the Frederick Douglass Houses in Harlem — the neighborhood where she and her family have lived for many years. Despite the lack of wealth, there is something that the people at Douglass Houses have always had: their love for their community and for justice.

On the day I visited Sugah, she was planning to fight to preserve a community garden so that her neighbors can grow and have access to affordable fruits and vegetables. Community gardens are important in connecting people across generations and providing space for neighborhoods to grow stronger.

Sugah brings people together not just around wellness, but to learn their rights in an overpoliced and gentrified community where black and brown people are determined to stay and thrive. In communities that have always borne the brunt of the system of oppression, we see so much of what we don't want — jails, trauma, poverty, racist policing. Despite that, we've been able to build a vision for what we do want.

We are New Yorkers and we are fighting for the only home we know. Our communities are gentrified by people from all over the country, we invite newcomers to follow the lead of directly impacted people and support our vision for reinvestment.

We are fully committed to ending systemic racism and New York City's reliance on criminalizing people for issues that have solutions in public health, education, environmental, and economic justice. As we dismantle the injustices that harm us, we are building power and visibility of our collective humanity and our demands, as impacted people, who have agency to build communities based on our needs and healing.

There can be no more delays. Closure has been delayed in the past, leaving people to continue to suffer and die at Rikers. The City Council must move forward with the current plan along with the important conditions we have laid out. Our communities cannot wait.

****
Vidal Guzman is an organizer at JustLeadershipUSA. He was incarcerated on Rikers and has been a leader on the #CLOSErikers campaign since 2016; he is from Harlem and a leading architect of the #buildCOMMUNITIES platform. On Twitter @iamvidalguzman.