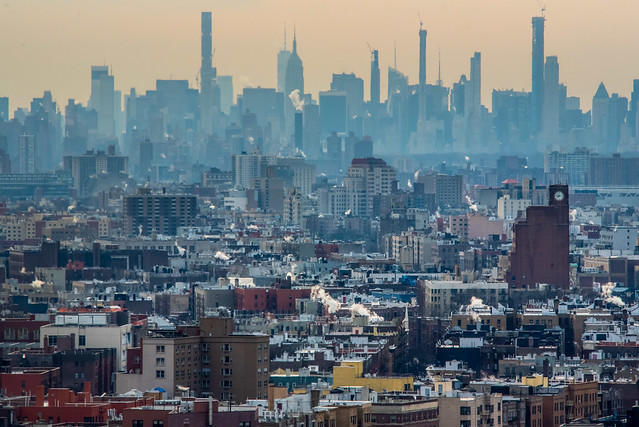 While politicians and industry focus on 5G wireless, the democratization of more common wireless technology has quietly made community-run wifi networks faster, better and cheaper than cable.

Look for wifi anywhere in New York City and you’ll likely find dozens of locked networks, each of which represents (more or less) someone giving a giant consumer internet company like Verizon, Spectrum, or Optimum around a thousand dollars a year. For years, technologists have dreamed of replacing these individual networks with community-run “mesh networks” that would allow people to share fast, secure connections while paying a fraction of the cost of conventional internet service providers.

This dream has, unfortunately, not turned into a reality for the vast majority of New Yorkers, and there are reasons for that.

The cable companies don’t want us to share our online connections because they’d lose a LOT of money -- billions and billions of dollars -- so their consumer internet contracts make sharing illegal. The manufacturers of consumer wifi routers don’t want us to share either, so they don’t make it easy to link routers together in a convenient way for multi-unit wifi sharing. And so, if you think like an internet consumer, efficient wifi sharing just isn’t practical. But if you think like an internet producer, the view begins to change.

Believe it or not, the internet is not a private club that only Optimum, Verizon, and the other consumer internet service providers (ISPs) allow us to access. It’s more like a water system. Consumer ISPs set up plumbing to get wifi (water) from the internet’s “backbone” (think water main) to your house, usually using the same coaxial cable that they laid down to offer cable TV decades ago, and now newer fiber connections.

But others can also build that plumbing.

NYC Mesh is a community-owned and managed internet network committed to creating a more equitable internet by connecting all New Yorkers to high-speed, affordable broadband. To achieve this, NYC Mesh volunteers have collectively built the plumbing needed to take the internet from the “backbone” to the surface, and are now using newly inexpensive wireless radios to move it from rooftop to rooftop, window sill to window sill, to create fast and free community-run wireless networks.

A few years ago NYC Mesh was relatively slow, but thanks to the massive improvements in inexpensive radio technologies, they can now offer speeds comparable to traditional commercial offerings.

So what does that mean? Instead of paying $80/month ($960/year) or more to your cable company, you could connect to NYC Mesh with a $100 radio antenna and get free internet. They request donations of $20/month ($340/year) to keep the shared network running and to help connect the nearly 30% of New Yorkers currently without an internet connection at home. With that donation, subscribers still be saving over $500/year while helping to grow the physical and social infrastructure of a new way to connect online.

There is, of course, a catch -- at least for now. You can only access NYC Mesh if you can point a radio at one of their radios, and their radios currently cover only a small fraction of the city: mostly the east side of lower Manhattan, Chinatown, Williamsburg, Bedford Stuyvesant, Bushwick, Brownsville, Sunset Park, South Slope, Park Slope, Red Hook, Ridewood, and parts of Crown Heights. And even if you live in those neighborhoods, unless you can get a radio on your roof, you might not be able to connect. But the network is constantly growing as new wireless hubs come online every week, so it's likely that it’ll be easy to connect to it in the next few years if you can’t now.

What the network needs most to grow is rooftops where 5-10 foot poles and $240 radios can be placed. If more rooftops were made available, the entire city could be blanketed from the streets to the rooftop in self-organized, self-funded NYC Mesh. 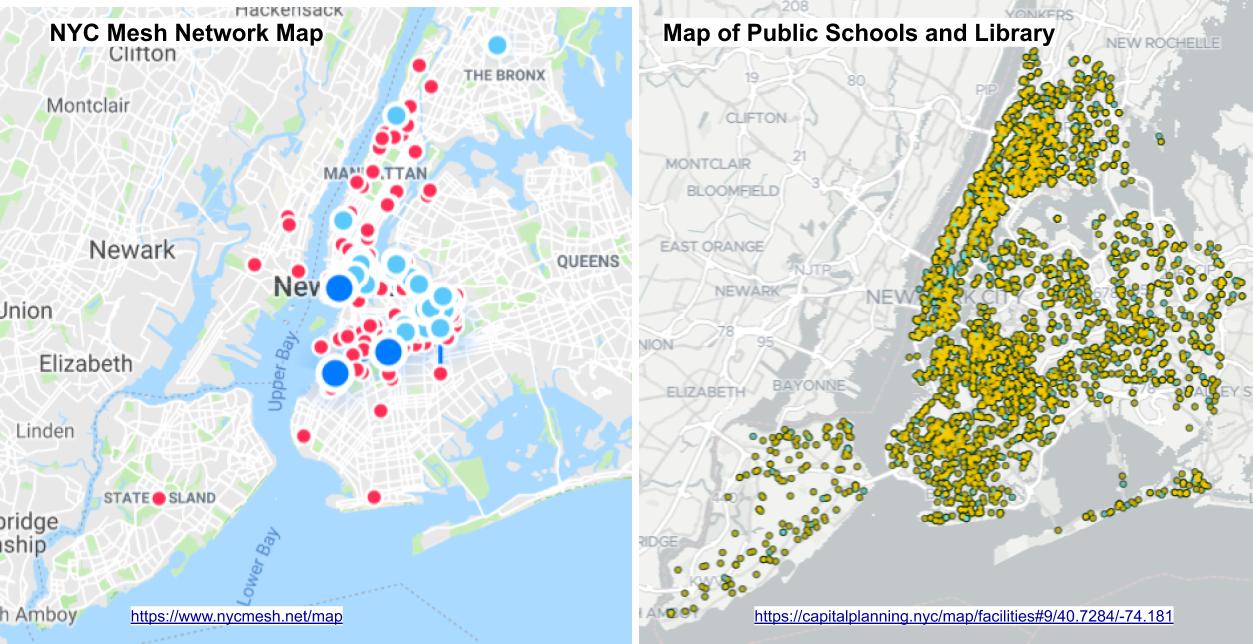 NYC Mesh doesn’t need government money to grow, but it could definitely use government roof tops. New York City’s government has a lot of them. If the city would make rooftop space on its nearly 4,000 public schools and libraries accessible to NYC Mesh, and/or NYCHA would allow rooftop access with agreements to connect residents, then the network could quickly grow citywide.

If New York City had a robust, community-funded, voluntarily-organized network, it would give the city and its residents a significantly stronger negotiating position when dealing with the cable companies, resulting in significant cost savings for everyone.

Grassroots movements like NYC Mesh aren’t waiting for “the city” to act. They’re already working with individual agencies, community organizations, elected officials, and anyone else with an interest in deploying fast and free wifi to where it’s needed most. Manhattan Borough President Gale Brewer, in collaboration with BetaNYC and (my nonprofit) Sarapis, has a demonstration of NYC Mesh technology at her office at the David Dinkins Municipal Building. Her office’s system, which I and other volunteers helped set up, is achieving gigabit speeds and beaming wifi down to City Hall Park and toward City Council and agency staff at 120 Broadway who often complain about their sluggish internet connections.

So, New Yorkers! Consider this your invitation to fast, free wifi. RSVP here.