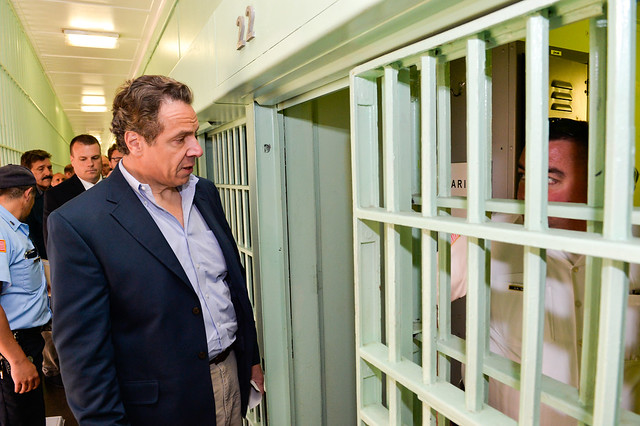 Where is Assembly Bill 6980? It updates New York’s Charitable Bail Fund Act to allow approved organizations to bond more people out of jail. The bill passed the Assembly on June 17 and the Senate on June 19, but it hasn’t been sent to Governor Andrew Cuomo, or requested by the governor for his signature, and it’s not clear why.

Bail reform activists finally had their day this year when the New York Legislature passed a comprehensive law that more than overhauled -- it essentially overturned -- the state’s money bail system. It didn’t eliminate the way people pay cash for freedom when they’re legally innocent, but it came close. Of the almost 205,000 criminal cases arraigned in New York City in 2018, only 10 percent of defendants would have needed money for bail if the new law had been in effect.

The new law wasn’t enough for some, though. Carl Heastie, the speaker of the Assembly, admitted that the bail reform law “didn’t go as far as we had liked.”

And that’s exactly why Assembly Bill 6980’s stall-out is both puzzling and problematic. A full and fair reform of the state’s money bail system can’t be realized without it being codified, which members of the Legislature recognized by passing it in June.

Even with the new bail reform law in effect, approximately 20,000 people in New York City alone stand to have their lives uprooted if they’re picked up by police, arrested and subjected to monetary release requirements. Thousands more outside the city face the same risk.

If a judge decides to set a monetary bail amount over $2,000 for a defendant charged with a felony, that person lands in the same situation as before: if he can’t afford to bond out, his freedom will be snatched from him when he’s still presumed innocent and while he can best help his attorneys with a defense. Currently, no bail bond fund can touch him; the law caps the allowable amount at $2,000 and limits assistance to those charged only with misdemeanors.

Assembly Bill 6890 will help fix that. It raises the amount that a charitable bail fund can post to $10,000 and imposes no restrictions on the nature of the charges of the beneficiary of the bail fund, the person who gets bonded out.

Charitable bail funds aren’t new. The first in New York, Bronx Freedom Fund, started in 2008. But it was far from welcomed; a judge sought to shut it down, saying it was illegal. But because it addressed a real need in a state that couldn’t solve the problem of a pretrial detention system that disproportionately pens poor people of color, New York State licensed charitable bail funds in 2012 through the Charitable Bail Fund Act, the law that currently constrains their ability to more fully do what they’re designed to do.

New York City started its own bail fund in 2017 -- the Liberty Fund -- precisely because the city doesn’t control state law, and uprooting the monetized scheme that we call pretrial release wasn’t something the city could accomplish on its own. Charitable bail funds are safety valves when the law doesn’t provide sufficient justice.

It would seem like New York bail funds will have limited utility after the bail reform package goes into effect on January 1, 2020. After all, if money isn’t an issue for 90% of the arrested population, then what can these organizations do?

The short answer is: a lot. In New York City alone, only 43 percent of the almost 5,000 pretrial detainees on April 1, 2019 would have been released under the new legislation. That means that 57% of detainees may remain in custody, even under this revolutionary reform. A study from the Center for Court Innovation found that almost half of all defendants were incapable of paying their bonds immediately after arraignment.

And the likelihood that they will plead guilty, even to crimes they didn’t commit, is about four times higher than if they were kept from confinement while they’re prosecuted. Pretrial release increases the chance that a defendant will be found guilty by about 14.8%. The fact that people enter guilty pleas simply to get out of custody accounts for much of that increase.

While a good number of these people will benefit from and be freed by the new reform law, failing to send this revision of the Charitable Bail Fund Act on to the governor for the final step suggests that lawmakers might have a tad too much confidence in their accomplishments.

Several states have proven that things don’t go exactly as planned when they try to jettison money bail. In California, the bail reform statute never reached fruition even though it was signed by the governor; opposition to SB 10 prevented its implementation.

Even when legislative efforts succeed and laws go into effect, the results can fail. In Illinois, Cook County Chief Judge Timothy C. Evans implemented new rules designed to stop judges from setting unaffordable bond amounts. Initially, it looked like the new rules were working, until judges started setting bonds in untenable numbers to keep people they deemed dangerous incarcerated during the pendency of their cases. The dollar of money baiI set in 30% of cases in Cook County was unaffordable. In Maryland, the system overhaul backfired and ended up causing more people to be remanded to custody than before.

New York legislators had the advantage of knowing about these miscarriages as they drafted their bail reform bill, so they sidestepped many potential pitfalls. They had on their side the fact that New York is the only state to prohibit judges from considering a defendant’s alleged dangerousness in deciding pretrial release conditions. And, luckily, judges in New York City had unofficially decided to lean more towards releasing the people appearing before them prior to the bill’s passage.

But they can’t ignore the opposition to the new bail law that exists and the unfortunate reality that judges will do what they please. If reform does go haywire in New York, poor defendants need a back-up plan. A necessary part of that plan is charitable bail funds being able to fulfill their mission.

The New York Assembly should send 6980 over to Governor Cuomo post-haste.