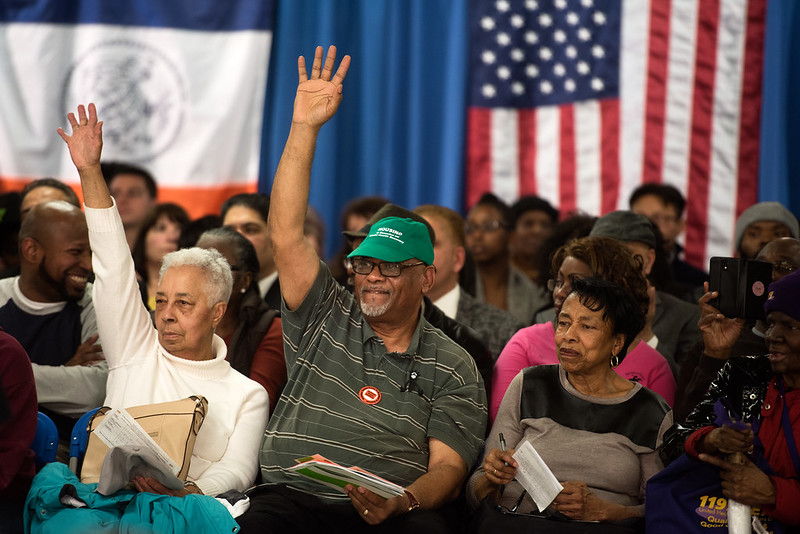 This past Thursday, the Manhattan Democratic Party announced its bi-annual “Organization Meeting” for this coming Thursday, October 3. This gathering of the party’s over 2,000 County Committee members is a critical moment when those newly elected representatives of Democratic voters set the course for the Democratic Party going into 2020.

Or so everyone thought.

Disregarding the exceedingly short notice, which is sent by mail and won’t reach most County Committee members until mere days before the meeting, nobody even knows who will be allowed to vote.

The 2018 elections were a watershed moment in United States politics, shifting the House of Representatives to Democratic control, but also many state legislatures; New York was a prime example. Here, activists worked tirelessly to unseat the former members of the Independent Democratic Conference (IDC) -- a group of State Senators who worked with Republicans to hold up a backlog of nearly 40 years worth of progressive legislation --and to flip several GOP seats to Democrats.

In that backlog were staples of the progressive agenda such as codifying Roe v. Wade and securing a better rent-stabilization program for New York City. Included in the changes that swept through Albany was a bill to merge the multiple primary election dates. The goal was to increase voter turnout by putting all our primary elections on the same day (except the presidential primary, which is in April). Because federal primaries couldn’t be made later due to federal law, state primaries were moved to June.

In the minutiae of election law is a simple provision - political parties must convene their county committees, which are elected in the primary, within 30 days of said primary. With the change to a June primary, however, that would put the organizational meetings in July. Manhattan and Staten Island, whose voters elected county committee membership this year, worried that nobody would be around. In response, the state legislature quietly changed the law to set the date of the organizational meetings between September 16 and October 6. It furthermore prescribed that the previous county committee holds power “until” the meeting while the newly elected committee assumes power “after” the meeting.

While Staten Island Democratic County Committee members met and their 2019 members elected new county party leadership without controversy, Manhattan faces a different situation. Contested elections for leadership, new ideas for organizing, and a controversial proposal to ban registered lobbyists from top party positions have led to arguments as to which cohort of the Manhattan Democratic County Committee will be allowed to vote - delegates elected by voters in 2017, or those elected this year.

With the Manhattan county committee organizational meeting and its elections just days away, the debate continues.

Since 2017, the number of people who did the work of gathering signatures to run for county committee has grown by around 600. Many got involved because of Donald Trump’s election in 2016 and wanted to do more for 2020. It’s unlikely they’ll appreciate being cut out of Democratic Party decision making, but it’s not up to them. Though the bill authors in the state legislature and officials at the State Board of Elections have said the intent is for members elected in 2019 to vote in 2019, those local party representatives may have to wait until 2021 to impact how the Democratic Party does business.

***
Ben Yee is a civic educator and organizer in New York City. He currently serves as Secretary of the Manhattan Demcoratic Party and Democratic State Committeeman for New York’s 66th Assembly District. Chair. He is currently a candidate for Manhattan County Committee leadership. On Twitter at @yben.