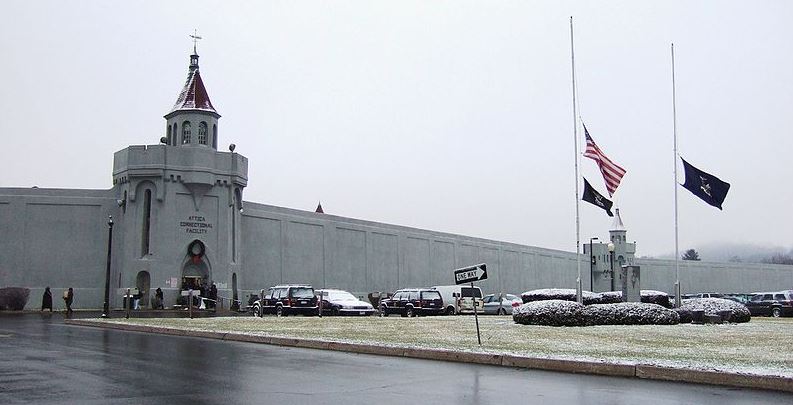 Last week, my friend and client Carlos passed away in the custody of the New York State Department of Corrections. His life had been filled with so much suffering and pain, and yet he showed me only friendship and kindness during the three years I was privileged to know him. Known to his friends and family as Carlos, Edgardo Gonzalez was a professional boxer before he was sent away to serve a sentence of 50 years to life after an attempt was made on his life in a South Williamsburg bar and he killed two people.

He had fought Olympic champion Howard Davis at Madison Square Garden in 1977, had a daughter he loved more than life, several brothers and sisters, nieces and nephews, and a mom and dad whom he was so proud to be able to financially support during their lifetimes. He was one of the toughest guys I’d ever met, a Lower East Side legend, but he was warm and patient and always checked in on me during our weekly calls.

Once inside the prison walls, Carlos earned his master’s degree and an impeccable institutional record. He received one disciplinary ticket in 36 years for having an “untidy cell” after he was found with a photograph of his mother on his cell wall. Carlos tried his best to maintain relationships with his family members despite the barriers placed between them, but he was mostly alone and left to grow old in prison.

I met Carlos while attending law school at City University of New York School of Law. Together with two classmates we filed a clemency application on his behalf in 2018, which was never even acknowledged by the Governor’s office or supported by the supposedly progressive elected officials we reached out to. Hundreds of pages and years of dedication to his personal growth were discarded. A cruel and false sense of hope taken from Carlos.

A year later, after 36 years behind bars and a diagnosis of liver failure absolutely brought on by years of medical neglect and the toxic prison environment he’d endured, I requested and was finally granted a medical parole board hearing for Carlos where his release would be considered 15 years ahead of its scheduled date.

At the beginning of August, I sat with Carlos, a 75-year-old man who lost his breath when he said more than a few words, to prepare for a hearing that would unearth decades-old traumas and memories from what seemed like another life to him now. He would be forced to claim full responsibility in a room of ex-cops and prosecutors, people who knew nothing about what incarceration does to a person, a family, a soul, and would diminish all the successes he had earned no thanks to the system that locked him in a cage, a system that tried and finally succeeded at killing him.

After 36 years of solitude and hopelessness, and despite all his physical pain, he found the strength to do this. He opened himself up to an audience who had taken everything from him, the same kind of minds that believed in jail sentences that last entire lifetimes. He found the grace to thank them.

About a week later, Carlos called me while opening the letter that would grant him his release. He said, “Does this mean I’ll be free?” I said yes, soon. He cried and said he wished he wasn’t so sick.

Carlos fought so hard, but before parole would approve his placement in his family’s home, a process that may have taken months or up to a year, he was rushed to a non-prison doctor and hospital where they found his body incurably riddled with cancer. It was too late for any treatment, a doctor said to me while asking that I make decisions about his end of life care. I was also too late and the system too slow, and his hope was once again lost.

Carlos held my hand when I visited him last week and we looked out his hospital window at a view of trees and concrete, prison guards surrounding his bed. He said, “I was so close and now I’m so far.” At the hospital in Westchester, we were less than 30 miles from the neighborhood he grew up in New York City, closer than he’d been in nearly 40 years. He joked with me, at least I think he was joking, saying I should flush his ashes down the toilet when he passed. I said no way, Carlos, your soul will be reunited with your sweet mom and dad in Puerto Rico when you go.

I am heartbroken and angry, and I am in court each day trying to be there and be outraged for my clients who are also fighting for their hope and survival.

I have clients who tell me they’d rather kill themselves than go to jail. It is long past time to abolish jails and prisons, and, as implored by my former professor, urgent and immediate action must be taken to rectify the massive and inhumane sentences handed down to Carlos and thousands of others. Prosecutors and judges must support efforts at resentencing, the Legislature must reform a punitive parole system, and the Governor must grant clemency to countless people languishing in prison.

Prison killed Carlos and despite my pleas the system refused to let him die a free man. He had more than earned that last dignity if you believe such a thing needs to be earned, but he did not get it. Prison guards surrounded him in his final moments, often watching his television at a volume that prevented him from resting and blocking his medical providers’ access to him.

Every day, jails and prisons take lives, and those losses are almost exclusively suffered by communities of color. Prison walls are not built just to keep incarcerated people locked inside, but to keep the rest of us from looking in. We must refuse to accept the lie that prison is about rehabilitation. The only thing these systems of incarceration believe in is taking every last thing, especially hope, from the humans they trap inside.

Prosecutors, judges, police, court officers, prison guards, caseworkers, parole officers, and defense attorneys all participate and are culpable in the process of dehumanizing those inside. Carlos worked for decades to show them who he really was, so much more than a “body” or the worst thing he’d ever done, and he never quit. He died fighting to be free.

Thank you, Carlos, for sharing some of your precious time with me and for teaching me more than I could ever put into words. It was a privilege to sit by your side and bear witness to the end of your life. Your struggle will be remembered, and I will continue to fight, harder than ever, for you.

***
Claire Stottlemyer is a graduate of CUNY School of Law and a lawyer with the Legal Aid Society’s Criminal Defense Practice in Manhattan.