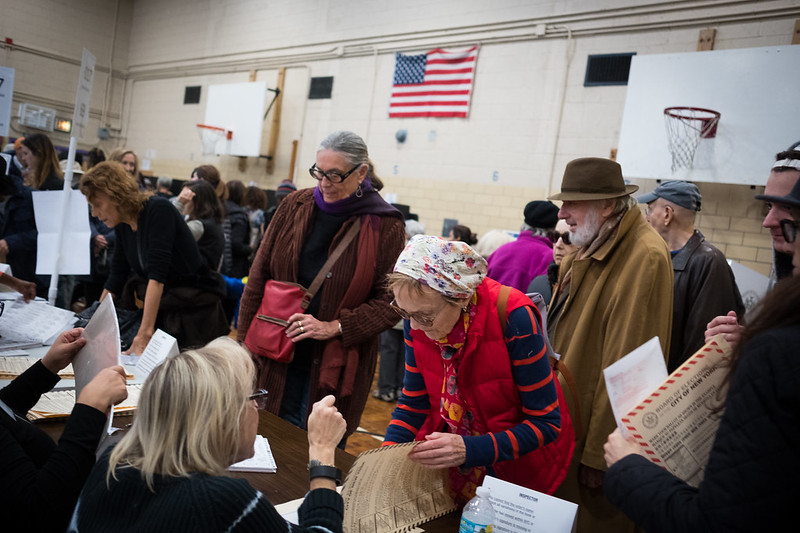 I am usually in agreement with the analysis and opinions of Bruce Gyory, a prolific pundit and consultant who writes on New York City and State government and political affairs.

But I must disagree with his op-ed in the Daily News last week, urging New York City voters to reject city charter revision proposal #1 on the fall ballot, which would create a ranked-choice voting process for party primary elections for City Council, borough president, and citywide positions.

The shortcomings of the current primary election system cry out for correction. Bruce doesn’t deny these inadequacies but he doesn’t present an alternative proposal. The unintended consequences that Bruce predicts are speculative. I believe ranked-choice voting will be an improvement, and it should be adopted by voters as they cast their ballots through the early voting period (October 26-November 3) or on Election Day, November 5.

According to our current city election law, we have two methods for choosing the winners of party primaries, one for citywide positions and one for borough-wide and City Council seats. For citywide positions, if no candidate wins more than 40% of the vote in a primary the two candidates with the most votes then participate in a separate run-off election. In other races, whomever gets the most votes wins, even if it is a crowded field, as Democratic primaries often are in New York City, and no one hits even 40%.

With ranked-choice voting, there would be no separate run-off elections because voters would select not only who they want to win, but also their second, third, fourth, and fifth choices at the time of the initial primary. If no one wins 50% or more outright, the votes for the candidate with the lowest first-place vote total would be reallocated to those voters’ second choices, and so on until someone gathers enough votes to exceed 50% of the updated vote total.

Bruce states that RCV is untested. In fact, it has been in use in San Francisco and Minneapolis/St. Paul for years and was recently adopted in Maine, so the software needed to adopt it is readily available and we’ve seen some positive initial results. He worries that some voters’ voices will be stifled, particularly those of people of color. On the contrary, ranked-choice voting will empower more voters to express their preferences and ensure that the winner of a primary – which in New York City is often tantamount to the entire election – is preferred by a majority of those who come out to vote.

Sadly most registered voters don’t vote in primaries and far fewer take the trouble to come out to vote in runoffs. In the runoff for public advocate in 2013 only 7% of eligible voters, or a little more than 200,000 people, voted and in effect chose the public advocate. In a city where 2.8 million Democrats were registered to vote, having 200,000 decide the outcome is not representative democracy. While not ideal, the original primary at least saw about 530,000 votes cast for public advocate candidates.

Bruce worries that polls will become too important because people will make choices based on which candidates seem most viable. Even if that turns out to be true (do most voters really pay attention to polls?) it would still be better than having only a tiny number of the most organized and motivated voters select elected leaders for the rest of us. There are also typically no or next to no polls for every office other than mayor. With ranked-choice voting everyone who votes in the primary can be assured that their vote will help determine the winner and I predict that it will lead to higher turnouts: people now unmotivated to vote because they prefer a candidate they think is unlikely to win can make their stand by voting for their candidate as a first choice, and then selecting others as alternatives. Ranked-choice voting is also likely to push candidates to campaign in front of more voters in hopes of appealing to as many as possible to be their first or second choice.

Of course, given my background as a fiscal watchdog, it is no surprise that part of my discontent with the current system is that it is expensive and wasteful. The 2013 public advocate runoff cost taxpayers $10.4 million to deploy voting machines and poll workers that were used by only 200,000 voters citywide. This means taxpayers spent $51.00 per vote, and that doesn’t include campaign expenditures by the candidates, partially covered by our public campaign finance dollars. Not to mention that the cost far surpasses the annual budget for the office of public advocate. I am sure each of the readers of this column can think of a more useful and cost effective way to spend $10 million in city revenue.

Ranked-choice voting is not the solution to all the problems with administration of our elections and we need further reforms at the state level, e.g. same-day and/or automatic registration and combined federal and state primaries. But city-level ranked-choice voting is a common sense, cost-saving reform that will make candidate selection in primaries more participatory and democratic, and I urge all registered voters to come out on November 5 (or sooner, via early voting that starts October 26) and vote yes for ballot proposal #1.