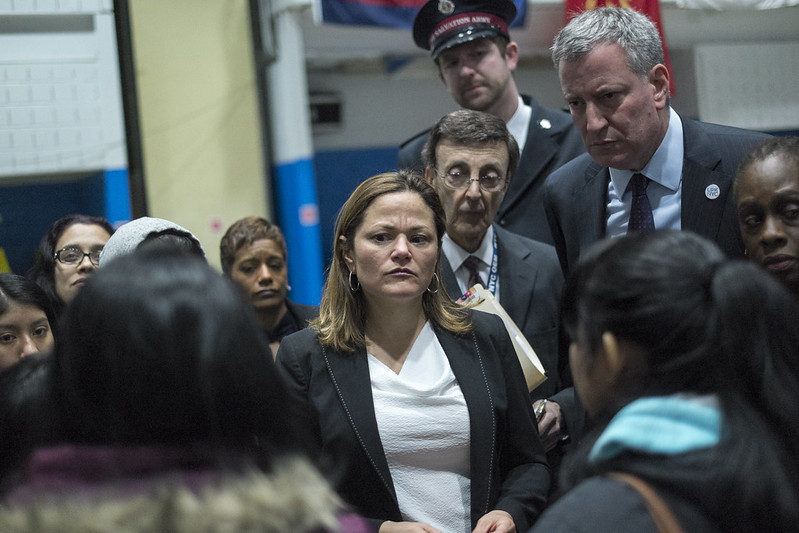 For decades, Rikers Island has served as a clear illustration of our nation’s willingness to turn a blind eye in the face of injustice. Home to decades of violence, corruption, and cruelty, the continued operation of Rikers Island jails has been a striking reminder that our justice system is anything but just.

Activists, grassroots organizers, impacted individuals, elected officials, and many other New Yorkers have been demanding the closure of Rikers jails for decades, but their pleas have often fallen on deaf ears. Now, the New York City Council is on the verge of casting a vote that could get us one big step closer to ending the injustice of Rikers once and for all.

As activists and advocates, it has been a long, treacherous process getting to this point. But we have now reluctantly handed over the torch to our elected officials and urge them to understand that they too have a moral obligation to do everything in their power to close down Rikers. Our hard work and our fight has gotten us this far, but we need our representatives to stand with us and get us one step closer to eliminating a system that has deprived people of their dignity, respect, and basic human rights.

When I initiated the Independent Commission on New York City Criminal Justice and Incarceration Reform (The Lippman Commission), I tasked its members with determining if and how Rikers could be closed. The commission was made up of policymakers, researchers, system actors, and directly impacted individuals like Julio Medina, the Executive Director of Exodus Transitional Community, a preventative, reentry, and advocacy organization located in East Harlem.

Like Julio, many survivors of Rikers and their loved ones exposed the jails’ horrendous conditions and inhumane treatment. Survivors recounted not just the horrors they lived while in Rikers, but the devastating life-long impact their experience had on them and their families.

Stories like that of Kalief Browder, an African-American man from the Bronx who was unjustly arrested and held at Rikers for three years – two of them spent in solitary confinement – have been told in many variations over and over again. By sharing narratives, those closest to the problem became instrumental in devising solutions to overhaul and reinvent a deeply broken system.

The Commission’s report, alongside the momentum, leadership, and advocacy of those who have been directly impacted, forced Mayor de Blasio to put forth the current plan under consideration, calling for the closure of the Rikers jails and the reduction of jails in New York City from twelve to four.

The Lippman Commission has been committed to transparency in its process, allowing for planning and advocacy to happen in full view of an initially-skeptical public. In 2016, there were dozens of public meetings in all five boroughs, each inviting people from across the city to provide input. The #CLOSErikers campaign, led by directly impacted individuals, created a collaborative community process that produced a robust set of transformative demands, known as the #buildCOMMUNITIES platform. The public was also given the opportunity to critique and demand amendments to the borough-based jails plan through local Neighborhood Advisory Councils, town hall meetings, and the rigorous public review process of the Uniform Land Use Review Procedure.

To hear opposition forces now claiming that too few opportunities for public input have been offered is downright wrong, and an affront to the openness and outwardly engaging process that has taken place.

The reason for advocates’ high standard is obvious: they know that we only have one chance to get this right — not just because it has taken decades to get here, but also because failure is fatal. Faltering now in the face of the opposition's NIMBY-ism, racism, and false representations would mean that Rikers will probably remain open for generations to come, creating immeasurable cost.

Today, I proudly stand with Julio Medina and many, many others as we urge City Council Speaker Corey Johnson and all New York City Council members to approve this plan. We are closer to our goal than ever before. Let this be the Council that can say that they stood on the right side of history by voting to close down the Rikers Island jails and create a stronger, safer, and better New York City.

***
Melissa Mark-Viverito is a former Speaker of the City Council and currently a candidate for Congress in New York’s 15th Congressional District. On Twitter @MMViverito.