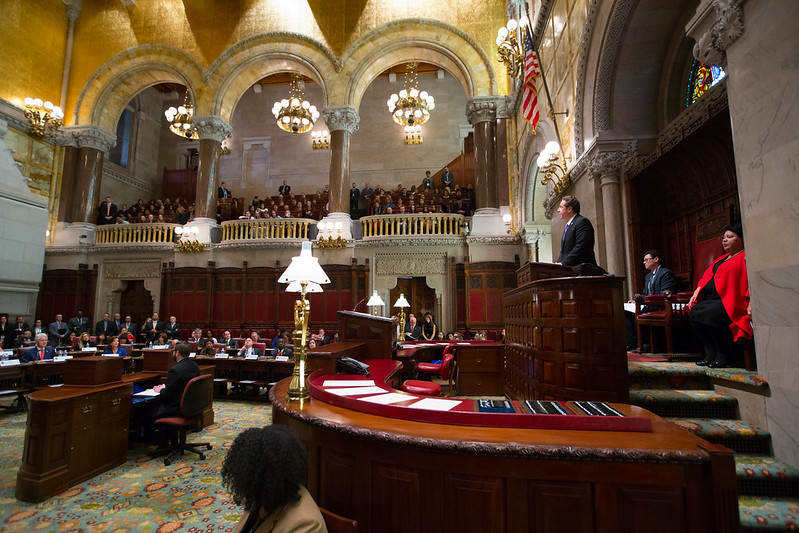 In April, the New York State budget was passed and signed into law. Buried within it was the creation of a commission tasked to write a new law on three aspects of the state’s election code: public campaign finance, “fusion” voting, and political party qualifications. Oddly, though it’s called the Public Campaign Finance Commission, most of the hearing testimony and press coverage has focused on fusion voting and party qualifications. This may be so because the commission’s informal leader, Democratic State Chair Jay Jacobs, has not disguised his desire to eliminate the minor or “third” parties in the state.

Jacobs has suggested raising the “threshold” number of votes required by a political party to achieve and maintain automatic ballot status. This is what “party qualifications” means. It answers an important question that all states must face: How does a group of citizens who form a political party get that party listed on the ballot?

Right now in New York, a party must receive 50,000 votes in each gubernatorial election under its own banner, or on its “ballot line,” as New Yorkers call it. Right now, based on the 2018 election, there are six qualified minor parties in the state: the two most prominent are the Conservative Party and the Working Families Party.

The 50,000 vote threshold is approximately 1% of the gubernatorial vote. Jacobs has proposed quintupling the vote requirement to 250,000, or roughly 5%, and extending to both gubernatorial and presidential races.

Because New York, unlike most states, does not permit minor parties to qualify in any other manner (such as a petition), this would effectively put the minor parties out of existence. It would instantly make New York among the most restrictive states in the nation in terms of ballot access for citizens who are neither Democrat nor Republican. And it is in stark contrast to the trend in other populous states. In the last 20 years, five of the most populous states — California, Texas, Florida, Ohio and Pennsylvania -- have moved in precisely the opposite direction, reducing barriers to minor party qualification, not raising them.

More states use a 1% threshold than any other percentage test. The second most popular requirement is 2%. If New York adopted either of those, it would at least be within the realm of the defensible. But any standard greater than 2% not only smells bad, it will likely be ruled unconstitutional in the federal courts. There are dozens of cases holding that overly onerous party qualification rules are unconstitutional. Surely the lawyers on the commission understand that if “equal protection” means anything, it is that “party qualification” rules designed to punish or eliminate minor parties (and the voters who support them) will not stand.

The New York Commission, binding recommendations from which are due by December 1, should also consider the legal problem presented by a 250,000 vote threshold. It will likely be ruled unconstitutional in the federal courts. There are dozens of cases holding that overly onerous party qualification rules are unconstitutional. Surely the lawyers on the commission understand that if “equal protection” means anything, it is that “party qualification” rules designed to punish or eliminate minor parties (and the voters who support them) will not stand.

If the State Legislature wishes to ban fusion voting, it should do so in the proper way: pass a constitutional amendment, and refer it to the voters for approval. In the meantime, this unelected commission should leave the minor parties alone, and not touch the 50,000 vote threshold. The Legislature can consider it in the regular order of business.

The minor parties may annoy the major parties, but democracy is not about limiting ballot access only to those with whom you agree. The commission should resist joining the company of Alabama, Virginia, or the other states that have essentially made it impossible for “third parties” to qualify. Democracy belongs to everyone, not merely the two major parties.