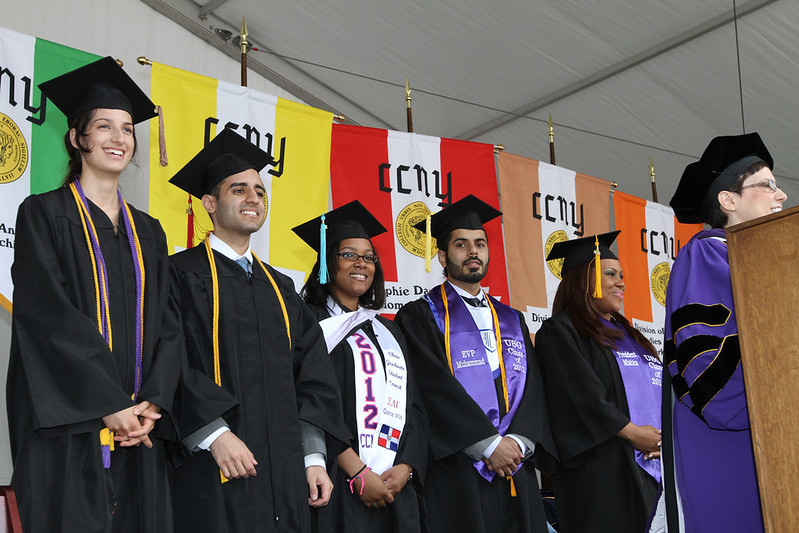 CUNY has long been the pride of New York City and its cradle of opportunity. But at a recent legislative hearing on higher education in Brooklyn, we heard from teachers, administrators, and students about a harsh reality: After years of state underinvestment in public college, our CUNY system is teetering on the edge of crisis.

Both of us have been blessed with a CUNY education. Yet both of us see firsthand the heartbreak and struggle that many students face when they seek to advance themselves through higher education. In the end, some graduate. Some don’t. And some never get to try because it’s just not affordable.

Students desperately need relief. CUNY’s six-year degree completion rate is only 55%, and financial strain is one of the main reasons students drop out. In a 2017 report on college success, the Center for an Urban Future shared that 75% of dropouts at Kingsborough Community College had a financial “red flag” in their accounts such as owing money or loss of scholarship. To make matters worse, a staggering half of all CUNY students experience food insecurity, and many struggle with housing insecurity or even homelessness.

There’s a reason for this dire situation: Tuitions have risen steadily year after year, as the share of the budget that comes from tuition has grown from 20% to almost 50% over the past 30 years.

In other words, students are bearing the burden of our failure to invest in quality public higher education.

This penny-pinching on the part of New York has led to further consequences. Adjuncts, upon whom CUNY increasingly relies, are grossly underpaid, even with a new contract that would increase the minimum pay per course. The ratio of full-time faculty to students is significantly higher than national standards. Facilities have deteriorated and class sizes have become overcrowded. These trends cause lower retention rates and greater time to graduation.

This is a downward spiral that we must stop.

In today’s age, a higher education is no less necessary to succeed in most fields as a high school diploma was two generations ago. And a college degree is a pathway to economic opportunity and financial security: according to the Bureau of Labor Statistics, a person with only a high school diploma has nearly double the unemployment rate of a college graduate and earns on average 39 percent less per week.

A CUNY education has been shown to be one of the most successful ways to bring a student from the bottom quintile in family income to the top—with a mobility rate of more than three times those of the most elite institutions.

Recognizing the necessity of free college, Governor Cuomo and the Legislature implemented the Excelsior Scholarship in 2017, aiming to make four-year college tuition-free for many.

Yet as of 2018, only about 3% of the state’s undergraduates benefited from the scholarship. The majority of applicants who applied were rejected because they didn’t meet the onerous credit requirements.

New York is missing out on future climate scientists, doctors, and other leaders because students can’t pay for rent, food, and a MetroCard without a job, which makes them unable to access or retain the Excelsior Scholarship.

It’s time to transform New York State with a robust promise for free higher education. We did it once before with K-12 schooling and we should boldly aim to do it again by making New York the first state in the country to constitutionally guarantee a free, quality public college education.

Higher education should not be a luxury for the few but a tool for many. Let New York lead the way and make our state a model of what a commitment to public education in the 21st century should be.

***
State Senator Andrew Gounardes represents parts of Brooklyn and is an adjunct professor at Hunter College. Timothy Hunter is chair of the University Student Senate and a CUNY Student Trustee. On Twitter @agounardes & @thunter_tim.