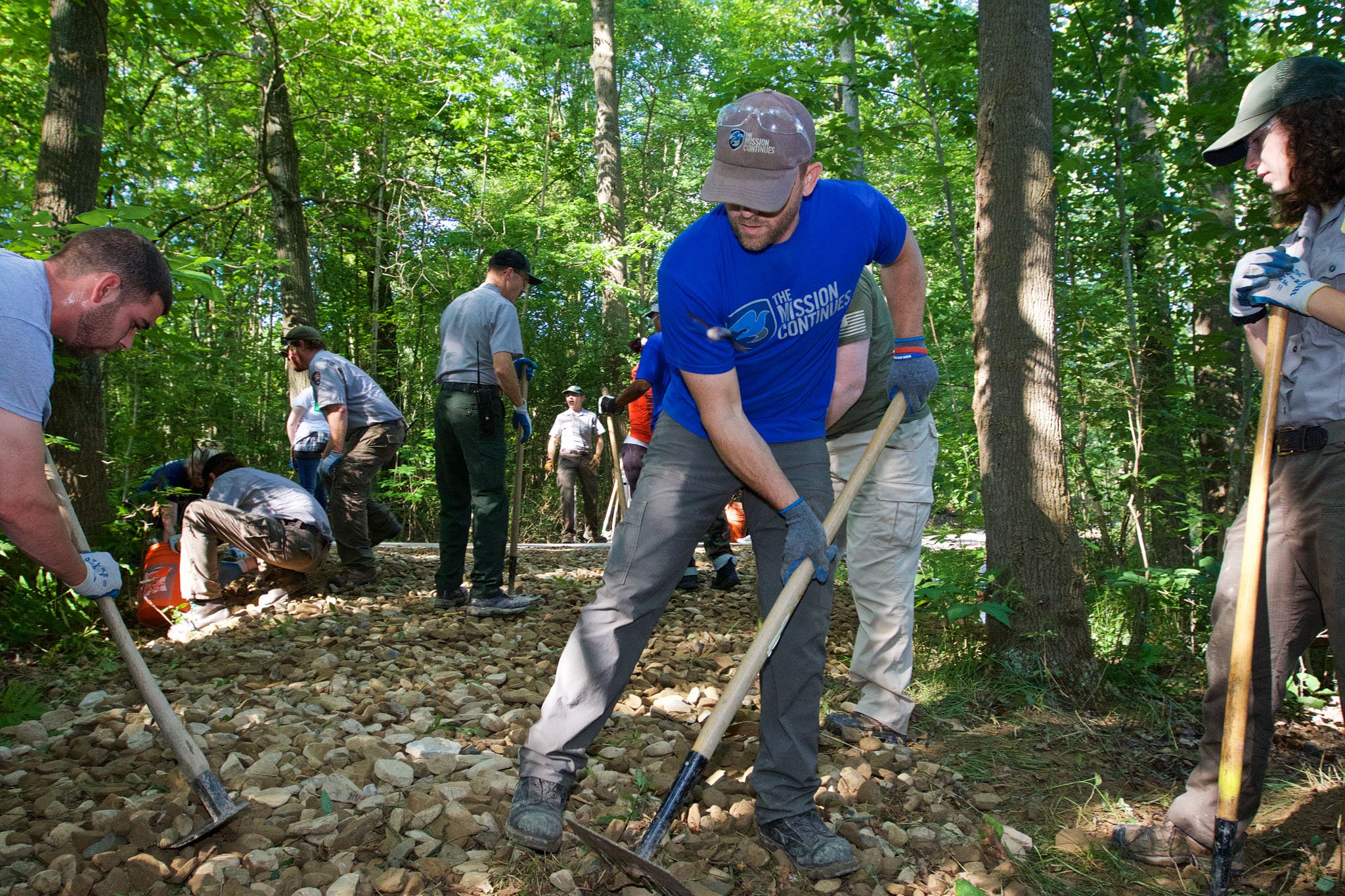 The Statue of Liberty has stood as a symbol of American values for more than a century. Throughout its life in New York Harbor, the landmark has welcomed immigrants to the United States and served as a historical resource for millions.

It embodies the values that have driven our nation from its founding and that our military veterans have dedicated their lives to protect — that of freedom, acceptance, and hard work, all in search of the American Dream.

Since the National Parks’ founding, United States veterans have served as their stewards – protecting and caring for public lands since before the National Parks Service was established in 1916. These veterans created many of the roads, trails, and other infrastructure that visitors to the parks still enjoy today.

The Mission Continues empowers veterans to become advocates for positive impact in communities and has partnered with the National Parks Service and National Parks Conservation Association since 2015 to tackle deferred maintenance projects at parks across the country. Through countless service projects, they’ve restored trails at Sequoia National Park, revitalized campgrounds at Dry Tortuga National Park, constructed new benches for the Statue of Liberty’s Liberty Island, and removed blighted structures while beautifying the grounds at Ellis Island through landscaping and fresh coats of paint.

According to the Ellis Island Park Service, just one day of volunteer service by The Mission Continues can help clear over two months’ worth of the deferred maintenance backlog. These veteran-led volunteers are on the ground, continuing the work of stewarding and improving public lands for future generations, just as the generations of veterans before them did.

However, veterans and volunteer groups alone cannot address the staggering $12 billion in deferred maintenance needs of our National Parks. Luckily, there is bipartisan support in Congress to fix our parks with the Restore Our Parks and Public Lands Act (H.R. 1225), which would address $6.5 billion in deferred maintenance needs in a limited five-year span.

This sound legislation boasts 329 House Representatives as co-sponsors—and it is not just Congress that has demonstrated strong support. A recent survey found that more than 82 percent of Americans back this legislation. It is rare to find such broad support for anything in Congress, so House leadership should move forward on issues where there is common ground and broad public support.

If Congress is truly committed to America’s veterans and the values they fight for, it will do all it can to protect and preserve those values at home. By addressing deferred maintenance at our National Parks through the Restore Our Parks and Public Lands Act, Congress will ensure the safety of visitors, honor veterans’ rich history of serving public lands, protect our values, and ensure that parks and their programs thrive at the Statue of Liberty and across the country.

***
Mary Beth Bruggeman is a U.S. Marine Corps veteran and President of The Mission Continues. On Twitter @mb_bruggeman & @missioncontinue.