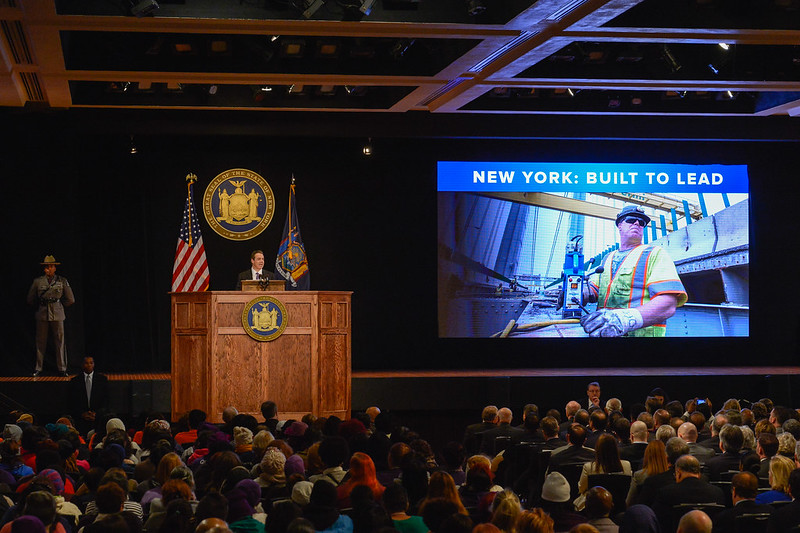 With the eyes of the world focused on the impeachment frenzy currently consuming Washington, D.C., New Yorkers would do well to remember the maxim made famous by the late, great House Speaker Tip O’Neill: “All politics is local.”

On Wednesday, just one week into the new year and the new decade, Governor Andrew Cuomo will deliver his annual State of the State address – which kicks off the legislative session and unveils his yearly legislative and budgetary priorities. While most New Yorkers may not watch the midday event filled with pomp, circumstance, and two hours of a powerpoint presentation wrapped in Albany-speak, they should – however – pay great attention to the general themes of what the governor will lay out.

This speech will most likely set the tone for the following five-plus months of legislative activity in our state capital and may have repercussions down the road in Washington and around the country. New York State, after all, has a long and storied history of serving as a laboratory for legislative successes, going back to former New York Governor Franklin D. Roosevelt’s New Deal, some of which was borrowed from programs and laws already in place here.

Among the items Cuomo may touch upon in his State of the State are such issues as the looming budget deficit, digital data privacy, cannabis legalization, economic development, education, and healthcare. These are all topics that either Cuomo himself or state legislators have referenced as priorities for the coming session. Any one of these issues is certain to be contentious, divisive, and result in heated arguments among the powers that be and – more importantly – at kitchen tables around the state.

Some of these items, especially many of the bigger ones, may be incorporated into the final budget agreement to be reached between Cuomo and legislative leaders, usually by the first week in April (this governor, after all, prides himself on his administration’s near-perfect record when it comes to on-time budgets). However, there may still be a few items that will not make it into the budget and will need to be debated in public as well as in private and could ultimately be worked out on the floor of the New York State Assembly and Senate for all to see.

While legislators typically have until the end of June to work out any pending compromises, this year the last date of the legislative session in Albany is currently scheduled for June 2.

With a truncated session in Albany, there may be a rush to move items through the process faster than usual, so that incumbent members facing primary challenges can get home to campaign for reelection. In light of the 2018 elections, where more than a handful of Assemblymembers, State Senators and – of course – one prominent member of Congress lost their bids for their party’s nomination, the 2020 primaries will be something to see.

The speed of the legislative process in mind, New Yorkers need to remain vigilant. If there is legislation residents support or oppose, they should take the time to call their elected representatives and tell them so. Believe it or not, these members and their staffs like to hear this information and these calls help them to make an informed, rational decision.

While all 19 million New Yorkers may not be in the room where it happens (to reference another famous state resident), we need to all remember that we are the ones affected by decision made by our elected officials and that all the members of our state legislature work for the people. There are ways to get involved, stay involved, influence policy and effect change for ourselves, our families, and our neighbors for the better and for future generations.

That begins with paying close attention to Albany. So let that be our collective New Year’s resolution.

***
Julie Miner is the CEO of J Strategies, Inc., a communications and government relations firm based in New York City and Albany. On Twitter @JulieKMiner.

Tags: State of the State