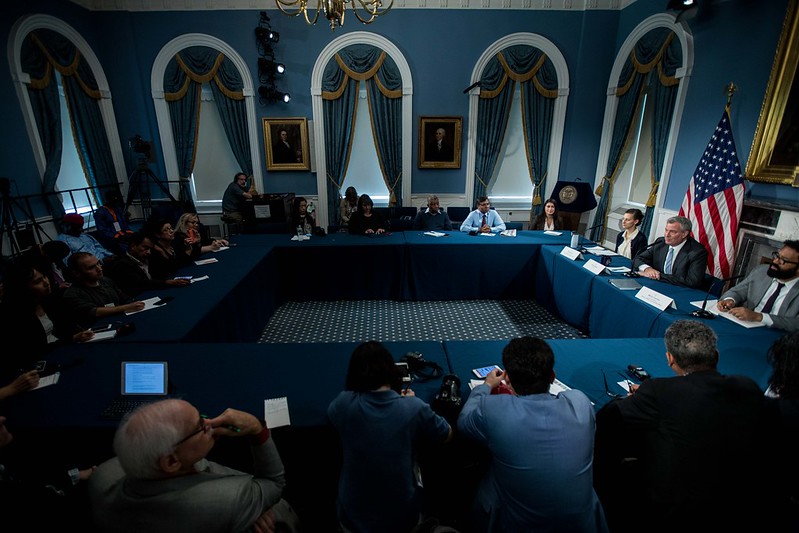 As Director of the Mayor’s Office of Contract Services (MOCS), he continues to protect those responsible for this flimflam and prevent them from being held accountable.

If the city ran an “open competitive bidding process,” as Symon states, why not release public documents that prove it? Why shield them from the public for more than a year?

Our First Amendment attorney, Dave Schulz of Ballard Spahr, has repeatedly tried to contact MOCS Assistant General Counsel and Records Officer Janet Kim, but has not even gotten the courtesy of a reply. This is after several attempts of my own, leaving us with no choice but to retain legal counsel to help Checks & Balances Project obtain records about how this lucrative contract award first came to be.

We’ve requested records from only two former MOCS employees but have repeatedly received automated emails that put off providing us with records due to the “complexity” of our request. Again, we’re asking for emails from only two accounts.

Last year, we waited nine months to be told MOCS had no records. So, we simplified our request. Yet MOCS is referred to in the Ivalua contract 75 times and described as “the City’s central compliance and oversight agency for procurement.”

There are serious questions that Symon doesn’t want to answer that we are determined to pursue on behalf of New York City taxpayers:

Why was a French technology company that had never worked with any government in the U.S. given a $30.5 million contract by the largest municipality in the nation?

Was it because they partnered with powerful KPMG lobbyists who have deep ties to the Mayor and other city officials?

Symon claims the original 2016 contract was expanded “based on the success of early system releases and the demand from our stakeholders.” In fact, when the contract was expanded by $15 million in 2018, the design wasn’t done and “executive sponsor” KPMG had been fired, according to the limited public records produced by DoITT. Isn’t it more likely that the $15 million was given to Accenture, who replaced KPMG?

Symon tries to discredit Dallas, Texas’ $49,900 e-procurement system, built by Bonfire Interactive of Canada. But consider that if one day Ivalua, Accenture, and MOCS do finally finish an end-to-end e-procurement system for the 40 agencies as originally promised, New York City taxpayers will pay more than $1 million per agency. That’s compared to about $3,300 per agency in Dallas. Both systems can handle $15 billion-plus in annual spending by city agencies, yet why does New York City’s system cost nearly 340 times more?

We’re not arguing that an e-procurement system for New York City is a bad thing. But it is a bad thing if city taxpayers were ripped off by some kind of insiders’ deal. Public records should tell us if that’s true. Why won’t the city give them up?

Sincerely,
Scott Peterson, executive director of Checks and Balances Project, an investigative watchdog that seeks to hold government officials, lobbyists, and corporate management accountable to the public. On Twitter @CandBP.