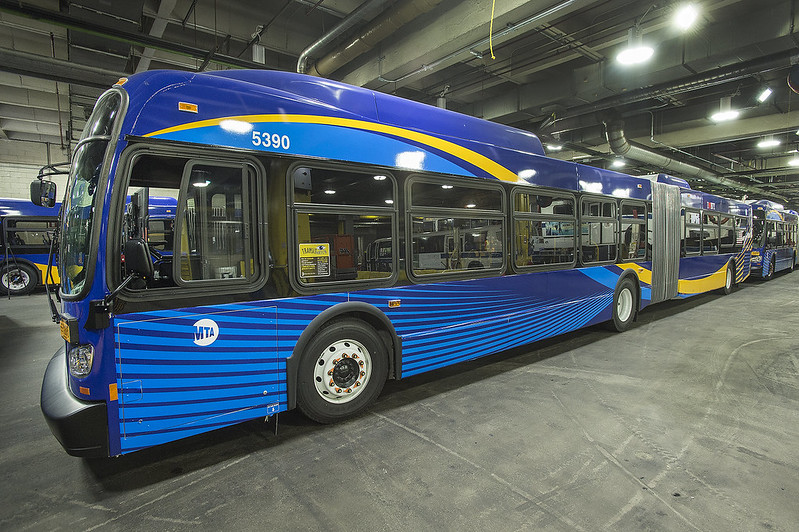 Is the MTA’s plan to redesign the Queens bus network an improvement, or will it further destroy the bus system?

The MTA released its Draft Queens Bus Network Redesign on December 30. Queens voices have protested the plan from Woodside to Bayside and Whitestone,  from Jackson Heights to the Rockaways. There also has been concern from Maspeth, Glendale, and Middle Village, from the bus drivers’ union, and reaction from Rep. Tom Suozzi.

Assemblymember Brian Barnwell from Maspeth wrote a letter to then-MTA New York City Transit President Andy Byford, strongly objecting to the plan to eliminate bus routes and asking for discussions to take place in additional neighborhoods such as Astoria and Elmhurst. Legislators also met for one hour with Byford in Albany to express concern.

Any massive changes will meet with some opposition but why all this resistance from so many neighborhoods? It is because all these neighborhoods will lose service so that other neighborhoods can be better served. That is unnecessary. It also is unavoidable when you are insisting the changes be cost-neutral without making strategic investments. Congestion pricing funds, set to start rolling in early next year, will be allocated only for capital improvements.

Cost neutrality also means that some worthwhile ideas will most likely be removed to pay for service additions requested by communities. That way, the MTA can claim the public participation process worked. Bus ridership will only increase if you provide more service, not less.

Why does the MTA propose to cut service provided by the MTA Bus Company, such as discontinuing Sunday express bus service, when these services are fully subsidized by the city? One theory that has been floated is that the city is exerting pressure on the MTA to reduce their bus subsidies so the funds can be freed up to provide additional ferry service, which requires even greater subsidies.

Before the release of the Queens draft bus report, I previously discussed why the MTA is not correctly performing these borough redesign studies.

The MTA repeatedly stated that these are only draft proposals. The question is whether the MTA is willing to go back to the drawing board to make major modifications, or will only make a few minor adjustments where the outcry is the greatest and then declare that the public participation process worked.

Several years ago, the MTA proposed to eliminate bus service on Newport Avenue in the Rockaways. The proposal was withdrawn after protests by Community Board 14, but is being proposed again. How can Byford’s claim that the effort is “customer driven” be true when the MTA is blatantly ignoring communities’ wishes?

Over 300,000 people a day depend on Queens buses. Only about 3 percent of them are aware of the Queens Bus Network Redesign. Each workshop, the primary form of publicity, attracts a few dozen participants because they are ineffectively publicized. The final plan will be presented to the full Community Boards only for informational purposes. Requests for presentations to Community Boards will be made to the Transportation Committee of about ten people, not the full boards where the public attends. The vast majority of bus riders will only learn of the changes a few days before they take effect, or as the routes change.

On the new MTA website, you must click under “System Modernization” to learn about the redesign studies rather than a more obvious designation like “Bus Network Redesign Studies.” The other alternative is to search for “Queens Bus Network Redesign” or go to the exact webpage for information. That assumes you already know about the study before you search. You will not learn about the study or the workshops If you search “Planned Service Changes” or “Public Notices” from the MTA.

The workshop format is also under attack because unlike town halls requested by elected officials, it doesn’t allow reactions to be shared in an open forum for all to hear, and it doesn’t create a record of the plan’s deficiencies so that suggestions for changes can be evaluated. Oral comments can easily be overlooked. It epitomizes the premise that service planners know best and the citizenry does not understand what is best for them. Workshop means no consensus among participants so the MTA can still carry out its intended plan. The required public hearings come far too late in the process for meaningful changes to be made and are mere legal formalities.

The plan also features new zone express services in Southeastern Queens, some new routes, some routes that are discontinued or shortened, as well as the elimination of many bus stops, which the MTA disguises as “bus stop balancing.” In effect, most local routes will become Limiteds. It does not serve the public to have a local bus route stopping every five blocks and an SBS on the same street. This will be a hardship for anyone who has difficulty walking. Some streets have buses stopping over a mile apart, such as the QT5 on 101st Ave. There is an on-line petition opposing removing so many bus stops.

The MTA’s primary goal is to reduce operating costs. Many one-bus trips become two- and three-bus trips which does not accommodate the greater good. In Eastern Queens, in some cases, two buses will be required to access the subway instead of one, or a long walk of three-quarters of a mile. This will be especially inconvenient in bad weather and is certain to discourage ridership, necessitating further service cuts. Direct north-south service is desirable, but direct subway access needs to be maintained during peak hours.

There are many opportunities for the MTA to become more efficient, such as through better scheduling where buses do not travel halfway across the borough while not in service, and the merging of NYCT Bus and MTA Bus Company depots. Saving money should not be at the expense of the passengers.

Bus speeds can be increased with a state law requiring non-emergency traffic to yield the right of way to buses pulling out of bus stops, not by eliminating most bus stops or spending $6 million a mile on unnecessary exclusive bus lanes as proposed that will further increase traffic congestion without significantly helping bus riders.

The MTA will never admit failure. Ridership losses will be attributed to the next fare increase. The MTA will insist the losses would have been greater if the network were not redesigned. The lack of predetermined criteria to measure success or failure is a chief shortcoming. Faster bus speeds are to be expected when you space bus stops every quarter or half mile apart, rather than every two or three city blocks, forcing some riders to walk a half mile or more to a bus stop when the traditional planning standard is a maximum of a quarter mile walk to a local bus. This is in no way an indication of success. The major criterium should be “can more trips be made in less time from origin to destination?”

The MTA promised a 30 percent quicker commute with the Woodhaven SBS. It only delivered a three-minute savings for trips greater than three miles, but still declared success. Now it is proposing to eliminate the Q53 SBS by curtailing service to Woodside and Jackson Heights where the ridership is very heavy, ignoring the data, discontinuing a route it called a success, and turning a one-bus trip into a three-bus trip. How can the MTA be trusted to provide a system that better meets the needs of the passengers? The public must vehemently voice their objections to prevent all negative outcomes.