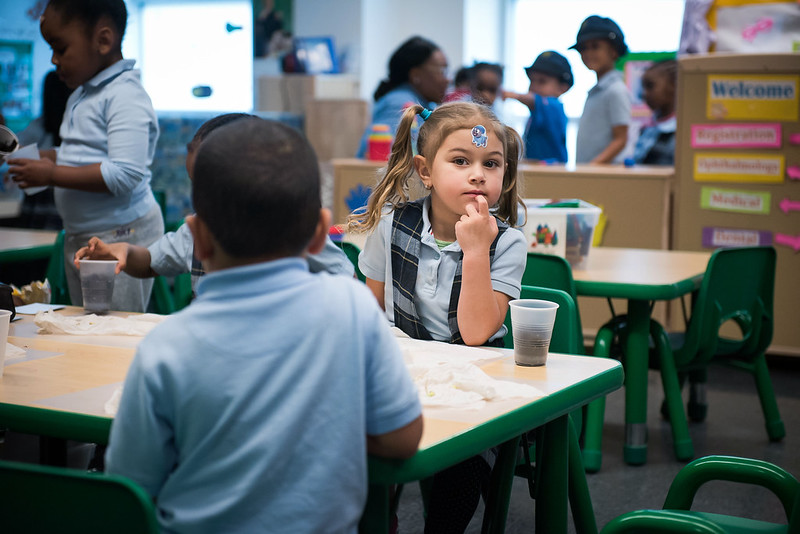 Across every borough, neighborhood, and community in New York City, families are united behind one wish: that their children will have the access and opportunity to fulfill their dreams. Making this wish a reality, however, is more complicated.

While programs like free college and student loan debt forgiveness are being debated nationally, statewide efforts like the Excelsior Scholarship have made college more affordable for some New York students, and CUNY provides affordable tuition options for many students, we need to provide support that can cover both tuition and non-tuition costs that pose barriers to higher education for many families.

To bridge the gap of what’s possible for New York City’s youth, we need meaningful collaboration among government, the private sector, philanthropy, and local communities to provide actual funding and support to increase college and career-training access. We need a universal college savings system for every New York City student.

For many New York families, post-secondary education is not even a possibility due to the astronomical costs. For those that do go, nearly 60 percent end up with debt averaging more than $31,000. There is also a stark socioeconomic disparity in savings: among New York City’s lowest-income neighborhoods, just one out of every 91 kindergarten students had a NY 529 savings account, while one in four kindergartners in the highest-income neighborhoods had a NY 529 account.

Having savings set aside for college and career training, from an early age, can have a profound impact on a child’s ability to attend, graduate, and obtain higher paying jobs. A child in a low-income household with modest savings - between $1 and $500 - has been shown to be three times more likely to go to college and four times more likely to graduate from college than a child without an account. This clearly demonstrates the power of early investment in student potential to succeed in the long term.

Here in Western Queens, students entering kindergarten in a public school in District 30 have been part of a ground-breaking pilot program that provides them with college savings accounts. Through the NYC Kids RISE Save for College Program, every kindergartener over the past three years has automatically received an NYC Scholarship Account with a $100 initial deposit.  This has been made possible by The Gray Foundation.

While similar programs have been piloted in other cities and states, this program is unique in its community-driven, neighborhood-based approach that allows any person, company, community organization, or philanthropy to provide funding to participating students’ accounts. Some examples include the “Concert for College,” a “Donate the Change” campaign sponsored by Seamless, a $15,000 contribution by Brooklyn parents to participating students at P.S. 92 in Corona and the recent “Funding Long Island City’s Future” campaign. These community scholarships have added an additional $400,000 into student college savings accounts.

In addition, the Save for College Program works by partnering with all 39 elementary schools in District 30, the Department of Education, and community-based organizations. All partners work together to provide financial education and college-and-career resources, meeting parents and students locally to provide wrap-around support and information.

Beyond the monetary value, these investments and resources communicate an important message to our children that the community is supporting their future. This month, the third cohort of kindergartners and new first- and second-graders in District 30 were enrolled in this program. With the new cohort, the total number of students with college savings accounts through this program is more than 10,000.

We believe that every New York City community would benefit from this program. That’s why we are working together to bring universal college savings accounts citywide, to all 83,000 kindergarteners who enter the New York City public school each year. We will work with our colleagues in the City Council, the Mayor’s Office, our partners at NYC Kids RISE, and other philanthropic and nonprofit partners to support the expansion of this program to new communities and boroughs.

This universal college savings and community wealth building initiative will not only reduce the cost burden of higher education but also bring our communities together to invest in our city’s future. Please join us in showing our children that their communities have their backs.