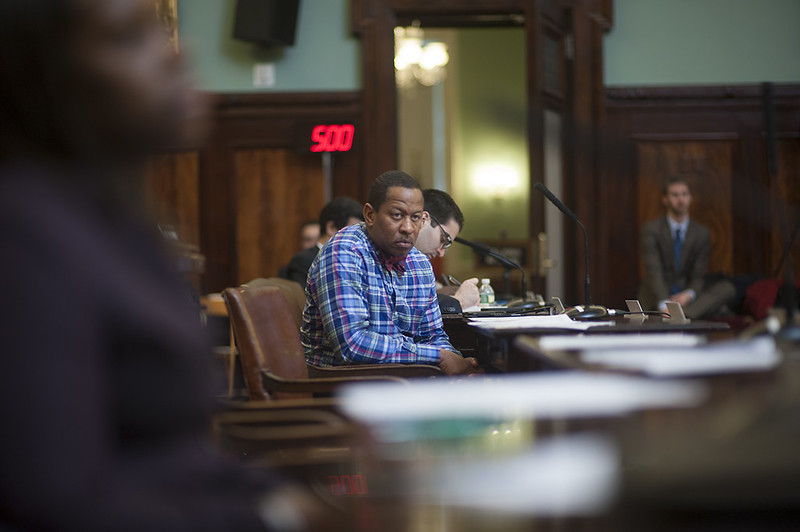 Another day, another egregious ethics violation, and it’s still business as usual in the City Council. Last week, the Council’s Committee on Standards and Ethics announced yet another investigation, the third to be precise, into Council Member Andy King’s behavior.

New charges allege that King actively tried to circumvent the Council-imposed ‘monitor,’ seemingly a glorified babysitter since he could not be trusted to act appropriately with his staff, and violated a majority of the disciplinary provisions imposed by the Council in the fall. New allegations include misappropriation of city funds for his personal benefit.

The Council had every chance to remove him this fall, yet in an appalling 34-12 vote on his expulsion, the Council decided to punt, and in a separate vote opted to suspend him instead. Here begins a renewed round of flimsy excuses and attempts to hide behind precedent from those who voted against his expulsion.

I of course support restorative justice and giving people a second chance, but this is a Council member who has been warned for the umpteenth time and is clearly more emboldened to do whatever he wants.

The Council is long overdue to rethink ethics oversight. Time and again the Council is asked to police its own members. And time and again, we’ve seen just how ineffective, broken, and inequitable this process is. There’s a better way.

The theory of change is not radical: remove ethics oversight from the political power structure and start a meaningful process to build a system, with input from staff members and aides, that will  protect workers and restore the public’s faith in the Council. This, out of necessity, will require a truly independent ethics oversight body.

But that’s just the first step. No New Yorker should face harassment on the job. It is unacceptable to protect Council members who have demeaned and harassed their employees, like King, who should have been expelled, and avoid severe repercussions for their behavior. The lack of accountability only creates a perverse permission structure that allows this type of deplorable behavior to flourish. That’s why I stand with Harassment Free NYCC, a courageous group of current and former City Council staffers, in their fight for a safe and inclusive work environment.

It’s simply not good enough to do the bare minimum. City Council staffers must be given the same opportunities and benefits as millions of other city employees and be allowed to unionize. I remain hopeful that the burgeoning union, the Association of Legislative Employees, is able to make significant progress on their unionization drive over the next year.

But this kind of reform also requires that the ‘but-this-is-how-we’ve-always-done-it’ mentality is shoved aside. In Albany, we’ve already seen the impact of what can happen when a group of insurgent candidates run, win, and create the space to upend antiquated norms for the better. As someone who used to work in City Council, I know there are many short- and long-term changes that can be made if we empower the staff themselves.

The looming realignment and wave of brand new councilmembers coming to New York City politics and government in 2021 is fertile ground for such structural change. Which is why we need an energized and ambitious cohort of new elected officials to capitalize on this unique opportunity to reimagine how the Council does business. It’s vital that independent reformers, not those beholden to a calcified Council culture and party bosses, are part of the new wave.

***
Brandon West is a candidate for City Council in Brooklyn’s District 39 and is the former president of the New Kings Democrats (NKD). On Twitter @btwest.