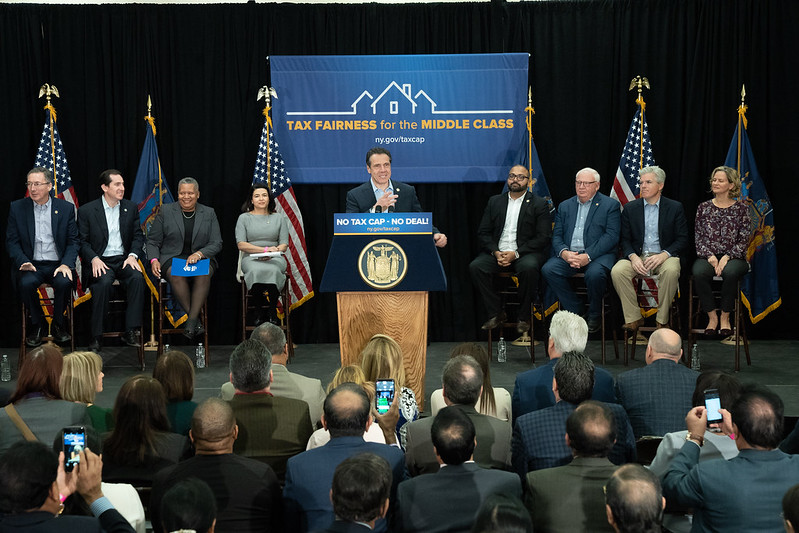 Long Island residents are finding out the hard way, once again, why it was so important to keep a balance of power in New York State via a Republican-controlled Senate and Democrat-controlled Assembly.

When Democrats took over the Senate after the 2008 election, it led to the horrendous MTA tax, which forced schools, nonprofits, and businesses throughout Long Island to pay a huge payroll tax to foot the bill for the city transit system. The bill was put over the top by two Democratic senators from Long Island. The public rebelled and the Senate was put back into the hands of the Republicans.

But in 2018, the tide shifted back to Democratic control in the Senate and throughout state government. “Don’t worry,” we were told, the Long Island bloc of Democrats will be moderate and stop the extremists from implementing dangerous policy. How did that work out?

Laws were passed giving driver's licenses and taxpayer-subsidized college scholarships to undocumented immigrants. Abortion was allowed up to the time of birth. Nine days of early voting, costing millions of dollars, was enacted when just a few days would have sufficed. Unrealistic limits on energy production will cause our electric bills to soar. And, of course, the new bail reforms are undermining public safety and order.

Our Long Island delegation is made up of well-intentioned, hard-working, and dedicated legislators. They will claim that they voted against some of these measures, including the driver’s license law, and can still be counted on to be an effective voting bloc. But it’s not their individual votes on these matters that are most important.

Rather, it’s the singular vote they take at the first legislative session of the year that leads to all these negative outcomes. That is, the vote to put in place a liberal Democrat at the head of the Senate, who then appoints New York City-centric “progressives” to be in charge of just about every committee and push the agenda. Consequently, uber-left legislation that in the past would have been stopped in these committees and never seen a Senate vote are now getting out to the floor.

Numerous local senators are now scrambling to undo the damage done by bail reform, but this misguided law would never have passed had Long Island Republicans still been in charge.

As impressive as these newly-minted senators are, the bottom line is they will vote to continue to have the New York City-centric liberals running the committees and dictating much of the chamber’s agenda. And that is not good for Long Island.

***
Steve Levy is President of Common Sense Strategies, a political consulting firm. He served as Suffolk County Executive, as State Assembly member, and host of "The Steve Levy Radio Show." On Twitter @SteveLevyNY.