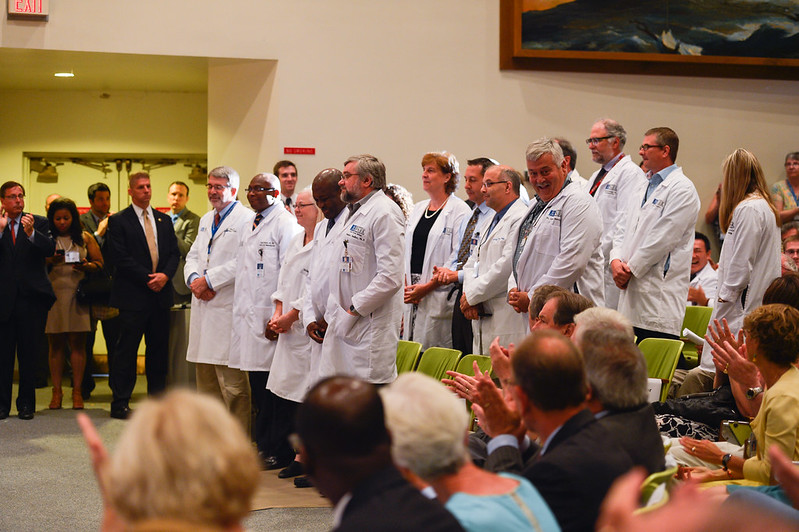 A New Yorker who suffers a heart attack is typically rushed to the nearest hospital for treatment. In a life-threatening emergency minutes matter, so the practice is sound public policy. Yet, if it turns out the hospital is not in the patient’s insurance network, the sigh of relief is short-lived. The bill for the care can top $100,000. Surprise!

Unaffordable medical bills are the top financial concern of two-thirds of Americans. The crazy system we have created of public and private health insurers, in-and-out of network providers, and hospitals and doctors who can charge any amount they please but do not have to disclose their prices publicly, leads to outcomes that are outrageously unfair on a regular basis, particularly for urgent care.

Since access to healthcare is a fundamental human need, an effective federal government would create a national system based on rational principles. Sadly, the United States Congress has been unable to achieve this goal, something every other advanced country in the world has accomplished. Two committees in the current House of Representatives session are considering surprise medical bill legislation, but there is no way to know if those efforts will yield results. New York should not wait and leave its people subject to the whims of Washington’s partisan political wars.

The New York State Assembly has twice passed the New York Health Act, a proposal to create a statewide single-payer system to replace the current structure. The New York State Senate, however, has not approved the legislation that would eliminate private insurance altogether in favor of a Medicare-like government program that would cover all New Yorkers. If New York were starting fresh, that might be a sensible way forward. But we are not. Millions of New Yorkers rely on employer-sponsored, private-insurer health plans and do not want to be forced off of them. Improving the quality and accessibility of health care in New York must take that reality into account.

Decision-makers must also recognize that hundreds of thousands of New Yorkers’ jobs and livelihoods are linked to the existing structure. Change must take place at a pace the public will support.

A better alternative is the creation of a state agency to set the amount any hospital or doctor can charge for a service and require all insurers to reimburse care providers the same amount. It is the type of system Maryland implemented long ago and that was recently adopted in Washington State.

A rational system that establishes a uniform fee appropriate for each service would replace the current one, which allows every provider to create its own price list. Fees would be transparent and consistent. It would put an end to today’s practice where providers charge different insurance companies different fees for identical services depending on the insurer’s bargaining power and network status.

Today’s system, in addition to creating unaffordable surprise bills, leads to cruel irony. Uninsured and underinsured individuals often end up being charged the highest price, while someone with a good job and good benefits at a large company is likely covered by an insurer who pays a far lower amount. The diabolically unfair logic of the system is part of the reason medical expenses are the single largest cause of bankruptcy filings in the United States, which is unconscionable.

The rational system proposed would allow the state to exert influence on medical costs to prevent them from going up faster than wages and people’s ability to pay them. An annual statewide cap on price increases allowed across the system would prevent unsustainable rises in medical costs while allowing necessary adjustments and pricing flexibility for new innovations without limiting increases caused by growth in healthcare use.

To ease the transition such a change would require, New York State should phase in the rational payment system starting with private insurance plans for hospital procedures. Over time, the program can be expanded to merge the reimbursement rates for public and private insurance plans, and similar structures can be set-up for doctors and pharmacies.

The proposed system would make New York’s healthcare payment system rational, and more affordable. That would be a surprise people would welcome.

***
Chris McNickle writes about New York government and politics. His most recent book is Bloomberg: A Billionaire’s Ambition. On Twitter @NYChrisMcNickle.