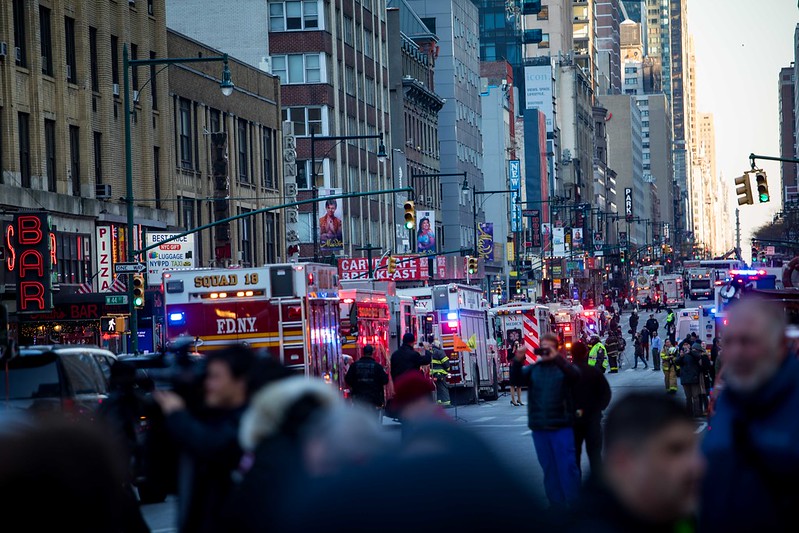 While New York’s public health system is doing its best to combat the coronavirus, we need far more assurance from elected officials, especially those involved in our criminal justice system, that they are ready to protect our civil liberties in this emergency. As a civil rights attorney, I know that we must meet this moment with a response that honors public safety, protection from discrimination and price-gouging, civil liberties, and regard for those most marginalized, including people in our jails. We cannot sacrifice our basic values in the name of emergency.

Public health is a matter of public safety, and that is why we must give our health officials the resources they need to fight the coronavirus. But too often in these emergencies, marginalized communities are left behind, whether they are people in NYCHA public housing, homeless shelters, or jails and prisons. This health crisis is also a justice issue.

We must protect vulnerable populations in jail and prison, which are dangerous breeding grounds for a disease like the coronavirus. People are held in close quarters in unsanitary conditions, with medical facilities that are strained under normal circumstances. There is reason to believe a local federal facility is already experiencing issues.

We should explore “medical furloughs” for elderly people being held in our jails and prisons to be removed during the pendency of the outbreak if they have safe places to live in the community. Elderly people in prison with active clemency applications should have those expedited and approved when appropriate. Likewise, we should impose a moratorium on jailing technical parole violators. These individuals, who have broken parole rules (rather than the law), pose virtually no public safety risk, and now is not a good time to crowd jails with them. Consider that Iran has released more than 54,000 people from its prisons to slow the spread of the disease.

We must defend civil liberties, which are always tested in times of crisis. On Monday night, Governor Cuomo pushed through legislation that would confer upon him extraordinary powers to suspend laws and enact new measures to respond to not only this emergency, but events as vague as “storms.” The New York Civil Liberties Union and progressive leaders like State Senator Gustavo Rivera correctly criticized the reckless manner in which this sweeping law was passed. And within our city, should the spread of the virus worsen, we must be very careful about not implementing restrictions on movement that will actually make it harder to fight the disease - such as shutting down forms of transit used by our healthcare workers. On this we can learn from the South Koreans in Daegu, who have promoted transparency and made few impositions on liberty even under a much more severe outbreak.

We must combat price-gouging, especially as hand sanitizer and other products become harder to come by. There is already a law against price-gouging during an emergency, and Senator Brad Hoylman has introduced good legislation that would strengthen it. The law empowers the New York Attorney General to fine culprits, but that will only deter companies if they think they’ll be held accountable. That’s why the city’s District Attorneys and other relevant agencies such as the New York City Department of Consumer Affairs should publicize easy ways to report price-gouging.

We must be vigilant against discrimination. We should follow the lead of Assemblymember Yuh-line Niou and denounce media depictions that promote anti-Asian sentiment. Likewise, we must reject the Trump administration’s castigation of Iranians, Mexicans, and other groups this administration will “other” during the outbreak. If that sounds obvious, remember our city is less than a decade removed from succumbing to right-wing Islamophobia during the “Ground Zero Mosque” controversy, when two-thirds of New Yorkers opposed building a Muslim community center. Should tensions rise, we must be unequivocal: we will not allow discrimination to flourish. This is a global crisis, we are all in this together.

This is a serious moment for our city, and some of our leaders are nowhere to be found. Implementing the right health response will require steady leadership,  robust coordination, and aggressive outreach from our government. By honoring values like civil liberty, thinking creatively, and protecting marginalized communities rather than succumbing to fear, New York City can show national leadership in its response, and prove itself ready for more 21st century challenges ahead.

***
Janos Marton is an attorney and a 2021 candidate for Manhattan District Attorney. On Twitter @janosmarton.