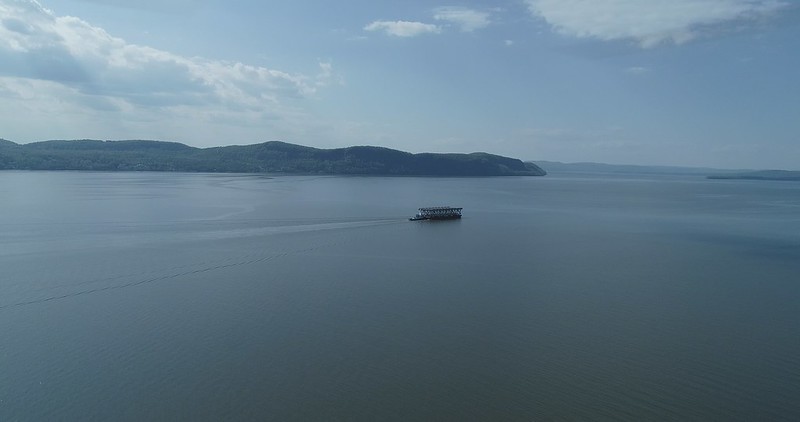 Despite the last-minute denials in an op-ed column recently published in these pages, there’s actually good news regarding replacement energy for Indian Point’s 2,060 megawatts once it goes offline in April. The New York Independent System Operator — which coordinates the distribution of our electricity supply — says that New York will have enough replacement power to supplant the aging, problematic nuclear plant’s output once it closes, and it can be done with combinations of clean energy sources, transmission improvements, and energy efficiency.

Furthermore, in the last three years alone, enough clean energy and efficiency has been installed to replace one of the two Indian Point reactors. We’ve already made considerable progress toward replacing Indian Point with demand reduction, additional transmission, and new renewables, and we are continually making more at an ever faster pace.

Therefore, there will be no problem keeping the lights on when Indian Point closes while New York’s energy grid continues to reduce its reliance on fossil fuels. Moreover, the energy doomsayers forget that Indian Point is one of the most dangerous reactors in the country, surrounded by the largest population. We simply cannot take further safety risks and must close these reactors.

Increasing clean energy initiatives continue to be the foundation of New York’s efforts to combat climate change. In 2019, Governor Cuomo announced the procurement of 1,750 MW of offshore wind to add to the energy mix, while NYISO also approved 1,250 MW of transmission improvements that will allow wind and other renewables to get from upstate to downstate more easily by relieving two major bottlenecks. Additionally, battery storage can increasingly replace power plants that operate only during peak usage.

In Albany, Riverkeeper joined a full-court press by environmental and environmental justice groups to convince lawmakers to pass landmark legislation to combat climate change. The Climate Leadership and Community Protection Act, signed into law by Governor Cuomo, establishes aggressive mandates to ensure a 40 percent reduction in greenhouse gas emissions by 2030 and an 85 percent reduction — with 100 percent carbon neutrality — by 2050.

It also codifies Governor Cuomo’s goals to achieve 70 percent low-carbon electricity by 2030 and 100 percent low-carbon electricity by 2040. The 2050 mandate stands as the most comprehensive and aggressive climate bill ever enacted at the state level. The bottom line is that the CLCPA will ensure that gas plants are rapidly phased out as more clean energy is generated.

The CLCPA also begins to address fairness and equity for environmental justice communities — those at the greatest risk from potential climate change-related impacts. While the law could have gone further to ensure economic justice for those front-line communities, it does require a proportion of state energy and climate investments to be made in these communities and it attaches fair labor standards — including prevailing wage standards — to all green projects receiving state funding.

Indian Point, on the other hand, is neither safe, clean, nor green. The plants are ranked the worst in the nation on earthquake risk, they had troubling problems with aging of the bolts that hold the reactors together, and there is no viable evacuation plan in case of an accident. Indian Point’s antiquated once-through water cooling system kills over one billion fish and fish larvae each year. The system withdraws 2.42 billion gallons per day from the Hudson and heats it up to a deadly temperature before discharging. Fish are killed when they are impinged on filter screens, entrained through the cooling system, and scalded by hot water. Evidence indicates that over 40 years, such slaughter and habitat degradation have contributed to the decline of numerous important fish species in the river. Also, the pools at the plant that house spent nuclear fuel have been leaking toxic, radioactive water into the ground since the 1990s, contaminating the local soil and the Hudson River.

Now, with the nation’s most aggressive climate legislation and the shutdown of Indian Point, New York’s energy landscape is about to be transformed for the better. Going forward, energy efficiency and renewable power will more than make up for the loss of generating capacity at Indian Point. Not only are no new gas plants needed, existing plants will rapidly come under pressure to close as the green transformation of New York’s power grid ramps up.

***
Richard Webster is the Legal Director for Riverkeeper. A graduate of Columbia University Law School, he was formerly a staff attorney in the Environmental Enforcement Project at Public Justice. On Twitter @EnviroWeb & @riverkeeper.