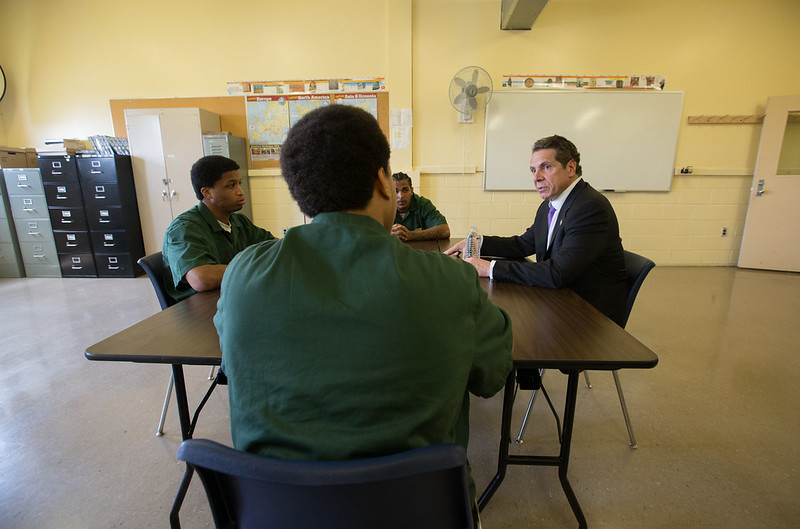 Last week, the inevitable happened: the first cases of COVID-19 in Rikers Island jails and upstate prisons were confirmed.

We are on the precipice of a public health catastrophe in New York’s jails, prisons, and communities most impacted by mass criminalization and incarceration. COVID-19 can spread like wildfire through the state’s jails and prisons, where social distancing is all but impossible.

Much of this is preventable.

Right now, access to the basics, like soap and water, is limited and restricted. Testing and medical procedures vary across different jails and prisons, and many struggle to get even their most basic medical needs met. Jails and prisons by their design push people to an earlier death.

Yet incomprehensibly, in the throes of a crisis that threatens to overwhelm our public health systems, the Governor and state Legislature are still considering rolling back newly-enacted bail and other pre-trial reforms. All across the United States and the world, officials are urgently depopulating prisons. Meanwhile, New York’s politicians are rushing, behind closed doors, to put more New Yorkers behind bars.

This is traditional New York politics at its worst. It’s recklessly irresponsible and it will cost lives.

Jails and prisons might be located far out of sight, but they are not disconnected from New York’s communities. They are open 24-hours-a-day with staff coming and going and people constantly being released back into their communities. The health dangers in jails and prisons are not just confined within their walls—they put countless people throughout the state at risk of contracting the virus. Communities of color, especially black neighborhoods, are particularly vulnerable as a disproportionate number of incarcerated New Yorkers hail from these communities.

We’re already seeing a wave of incarcerated people released based on common-sense approaches and effective public health strategies. The New York City Board of Corrections has recommended releasing people who are over the age of 50, have underlying health conditions, have been detained for administrative reasons, and/or are serving sentences of less than a year. Brooklyn District Attorney Eric Gonzalez has vowed to temporarily stop prosecuting low-level offenses. The organization Releasing Aging People from Prison has called on Governor Cuomo to provide clemency to the elderly and people with compromised immune systems from state prisons.

That is why it’s mind-boggling that the Governor is still considering rollbacks to bail reform that would undoubtedly increase our jail population. The changes being discussed would give judges the power to remand people without the possibility of release pre-trial and would disproportionately impact people of color. While Cuomo and Senate Democrats are framing these rollbacks as progress, their proposal would not only bring us back toward the broken system bail reform was meant to address, but increase the risk of the virus spreading at the very moment we are taking drastic steps to protect other vulnerable populations.

Rather than focus on regressive rollbacks, Governor Cuomo should take additional measures to reduce our jail and prison population. He should grant clemency to criminalized survivors of gender and sexual violence, and release people from state prisons with less than a year left on their sentences. He should work with localities so the Departments of Correction can quickly approve the release of people from local jails under their jurisdiction. And he should of course take bail rollbacks off the table during state budget negotiations.

As the coronavirus threat emerged, Governor Cuomo boasted in a press conference that hand sanitizer is being produced by incarcerated New Yorkers -- hand sanitizer that has been considered contraband in our jails and prisons. Instead of exploiting their labor, it’s time New York State offered incarcerated people and the communities they come from the same care and protections being offered to all New Yorkers.