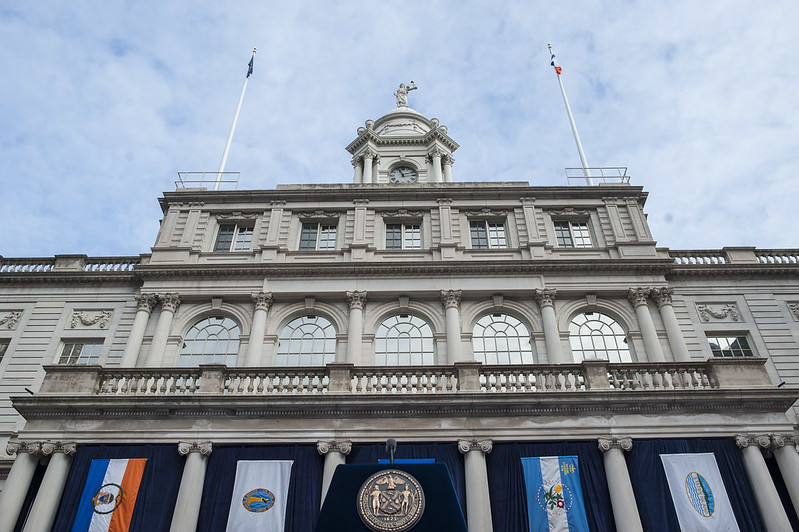 I usually start each session of my graduate seminar on the city with a question: “So did anything significant happen this past week that we should discuss?” This time, as I looked at 18 faces across a computer screen for the first time, it evoked a gasp.

My students and I won’t sit in a room together again as we did for weeks before, but we will continue to learn with and from each other. I think, teach, and write about New York. They are New York: diverse, smart, ambitious, striving to do better for themselves and for others. They are losing income; they are struggling to maintain some degree of normalcy. A few have done the unthinkable and moved back with their parents to gain space.

The course is a deep dive into the history and politics of New York, organized around the tenure of mayors from La Guardia through de Blasio. Little did I know when I conceived it that de Blasio’s reign might mark the end of New York as we knew it. We still don’t know what that means. Can we draw anything from the past to help us anticipate what lies ahead? If history does not provide us with answers, perhaps it can help ask the right questions.

I never liked the idea of remote learning. I saw it as a cost-cutting technique that would cheapen the educational experience. I still do. Now with no other choice, I have to admit that it enforces a sense of intimacy I had not expected. Now my students are in my home and I’m in theirs. Should I offer them a glass of wine or a wedge of cheese? We seem somehow closer, drawn together by the madness around us outside the safe space of the computer screen. We are in it together.

What can we learn? We had just completed a lesson on the city fiscal crisis of 1975. The vulnerabilities of the local economy exposed then are on display now as theaters and restaurants close, people are furloughed, the tourist industry has tanked, and Wall Street is in a panic. What exactly will the budget cuts look like? Who will suffer?

Last time it hurt those who need city services the most. We had seen how the 1975 crisis magnified the state’s power over the city as our current governor distinguished himself and moved to the center of the national stage. Even those wary of his governing style had to concede a hint of admiration. He was now the good bully who could stand up to the Twitter monster of Washington. Yet, a glimpse of his usual self was apparent when he and the Legislature buried an election law provision in the crisis budget that would make it more difficult for his Working Families Party opponents to get their progressive candidates on the ballot.

Our class already had covered the topic of suburbanization. Reading Ken Jackson’s history of how privileged 19th century families once built country homes to escape plague-ridden cities seemed quaint a few weeks earlier. Now it is suddenly relevant. Would the new pandemic serve as an equalizer between the rich and the poor? No, not a chance. Not in a city and country more economically polarized than ever. The poor and people of color are dying in larger numbers.

Will the coronavirus restructure the economy of New York? Clever corporate executives who need to recoup losses don’t need much imagination to see the experience as an experiment in remote labor that could cut the costs of Manhattan office space. What will be the long-term effect on commercial real estate if working at home becomes more common? If employees don’t regularly commute and set up shop in their living rooms instead, will they start to rethink life in those cramped city apartments? Will they respond more appreciatively to the beckoning call of open spaces in the outer reaches? What if flight from the city drives down the cost of residential real estate in the boroughs? Could that slow an outward migration?

Of course, the big question in our seminar is one I always thought I had the answer to. What is this creature we know as New York? Does it have a soul? If so, is it a kind and loving soul that takes care of the disadvantaged and the marginalized? Or is New York a harsh master that drives vulnerable people further into the ground? We examined the pre- and post-fiscal crisis city -- or should I say cities -- as a way to approach the question.

The former was a city of hope and promise that took us through the Great Depression and became a battleground for equality during the sixties. The other was a city obsessed with its own economic survival, retreating from its ambitious social agenda. As New York struggled through the latter more sobering chapter of its recent history, we observed how gentrification evolved: once sought as a source of fiscal regeneration, now understood as a byproduct of economic polarization.

Studying the past, we are reminded that New York was best-equipped to propel its progressive dreams when it had an enabling partner in Washington, D.C., epitomized by the leadership of Franklin Roosevelt and Lyndon Johnson. More recently, with a White House devoid of capable or caring leadership, local leaders had convinced themselves that the next round of New York progressivism could be a bootstrap effort paid for by the proceeds of its own miraculous recovery. Today that recovery is at risk.

What will the future bring? It is too early in this bleak episode to say. For now, we can just keep educating ourselves and try to ask the right questions.

***
Joseph P. Viteritti is the Thomas Hunter Professor of Public Policy at Hunter College and author of The Pragmatist: Bill de Blasio’s Quest to Save the Soul of New York (Oxford).