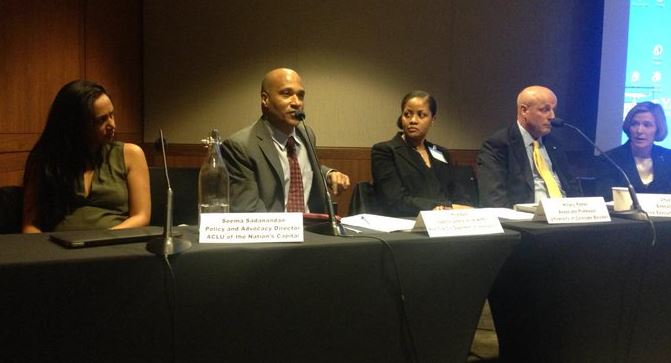 During our national coronavirus crisis, two Inspectors General stories were reported – one federal, one New York City – concerning how IGs exercised their statutory duty. No doubt the stories’ significance was lost because our attention is diverted. But they’re important, and telling.

Forty-two years ago, Congress passed the Act, which was supported by six Democratic and Republican presidents from 1978-2016, all recognizing the good government importance of independent oversight of the executive branch to ferret out mismanagement, abuse, and fraud of its programs and operations.

He dismissed him because Atkinson, doing his duty, investigated a September 2019 whistleblower complaint alleging that Trump pressured the Ukraine government to investigate Joe Biden and his son Hunter Biden, resulting in Trump’s impeachment and a Senate acquittal.

To Trump, Atkinson’s investigation was an unforgivable betrayal, as his appointee, no matter what the law required. Flailing to find a legitimate dismissal reason, Trump justified it claiming he "no longer" had confidence in Atkinson, whom he said did an absolutely terrible job -- but the pièce de résistance: Atkinson is not a big Trump fan.

We have heard this before, a Trump appointee promising the Senate to follow the law then forced out when Trump disagrees with his own appointee.

In November 2017, Atkinson at his Senate confirmation hearing swore, “[I]f I am confirmed...we [with Congress] will work together to encourage, operate, and enforce a program for authorized disclosures by whistleblowers within the Intelligence Community that  validates moral courage without compromising national security and without retaliation.”

By a Senate voice vote, Atkinson was confirmed and by presidential directive went on his way to ‘fix’ the intelligence community.

After Atkinson honored his Senate promise, Trump retaliated, placing a black storm cloud over all federal IG investigations, ending independence, and sending an abusive message that IGs will be denigrated and dismissed when Trump disagrees with an investigation’s finding.

Atkinson was not the only IG to feel Trump’s wrath. On April 7, Trump publicly criticized the Health and Human Services deputy IG for a report concerning coronavirus-related shortages and testing delays at our nation’s hospitals. Trump used the refrain that the IG’s findings were politically motivated.

Apparently, no IG’s good government deed goes unpunished -- if the IG’s work gets in Trump’s way.

In contrast, in 1978 former New York City Mayor Ed Koch, by executive order and similar to the federal Inspector General Act, mandated all city government agencies have an IG. For 42 years – and five mayors – New York City has had effective oversight.

For instance, just on April 9, the NYPD’s Office of Inspector General – having a statutory function of oversight – issued its annual report. In a city where policing is always a contentious issue, the report raised serious concerns about racial bias in policing, compelling the mayor and the police commissioner to consider it and respond.

The report’s only issue, in my view, is the IG’s timing, releasing it during a pandemic when police officers’ health and safety are in jeopardy daily – almost 20% of NYPD personnel was out sick at one point recently. The IG report could have waited.

Timing aside, the NYPD IG met its statutory duty, apparently without interference or threats. Since the creation of the NYPD IG office in 2015, notwithstanding NYPD/IG disagreements, there have been 16 NYPD IG reports with recommendations for NYPD reform. Remarkably, and perhaps begrudgingly, the NYPD has accepted or implemented at least partially 76% of those recommendations.

Although a healthy tension exists between the IG and the NYPD, and between other IGs and their relevant agencies, the city’s IG system -- unlike the federal system under Trump -- has worked without a city IG hearing a Trumpian “You’re fired!” for doing an investigation or report.

However, on two occasions mayors have forced out ‘for cause’ the city’s chief IG — the Commissioner of the Department of Investigation.

In 1986, the mayor demanded the resignation of the DOI commissioner who was caught up in a criminal investigation of his staff member who installed an air conditioner in the commissioner’s home.

In 2018, the mayor dismissed his former campaign treasurer and appointee as DOI commissioner after an independent special investigator found the commissioner abused his authority and was “cavalier with the truth” during the investigation. The ousted commissioner claimed he was fired by the mayor because DOI had issued embarrassing administration reports.

Contrary to Atkinson’s dismissal, the DOI Commissioner — pursuant to the City Charter — was dismissed with due process and an opportunity to be heard.

Critically, an IG’s core principle is to independently investigate without being beholden to the appointing authority. This ensures good government when an IG makes recommendations and advises corrective action without the fear of reprisals.

Now, after Atkinson was dismissed without a rational basis, and to ensure all IGs are permitted to independently investigate, Congress must seek answers concerning Atkinson’s dismissal to determine if retaliation by a president for an IG doing his lawful duty are intolerable abuses of power.

To me, they certainly are.