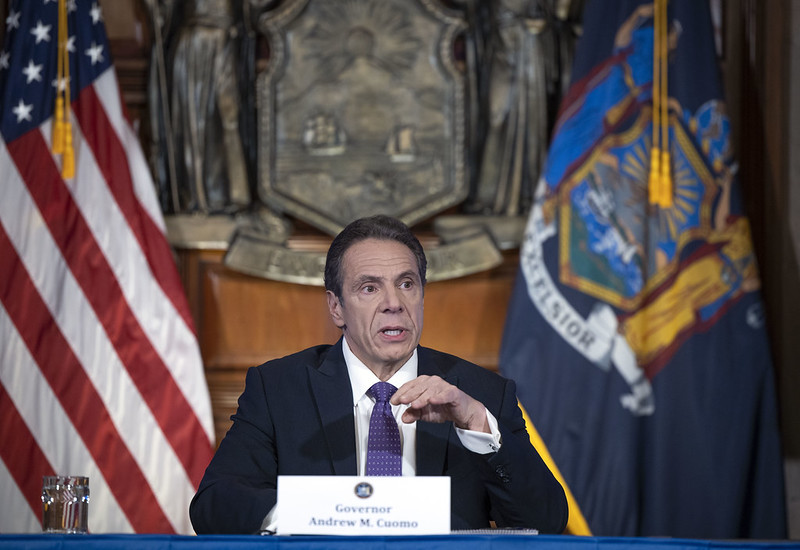 At his daily coronavirus press briefing on Sunday, April 26, Governor Cuomo was asked  whether he had any plans to grant broad clemencies to people in prison, particularly to vulnerable populations. His testy and dismissive response – “How about if they are violent and just started their sentence?” – was telling. Presumably, the governor meant to remove from consideration people he believed remained a threat to public safety and had not been sufficiently punished.

The reporter’s question was ultimately about the perilously unsafe conditions in New York state prisons as nearly 1,300 staff and incarcerated people have already tested positive for COVID-19.  The governor’s apparent disregard for anyone recently convicted of a violent crime is reminiscent of times when convicted people were sent to places like Devil’s Island where leprosy and other diseases flourished, and tens of thousands of incarcerated people died.

Public health officials in New York, nationally, and all over the world have cited prisons as petri dishes for the spread of the virus, and have called on government leaders to release people so that it becomes  somewhat possible to maintain social distance and stay alive in prison. Otherwise, especially for those the CDC defines as most at-risk from COVID-19, numerous prison sentences will transform into death sentences.

Even engaging in the clemency debate on the terms spelled out by the governor, what about releasing those convicted of violent crime who have served twenty, thirty, forty, or more years?  Countless people in New York state prison have served decades, many defined by remarkable achievement and transformation.

They have completed, facilitated, designed, and implemented programs; they have obtained GEDs, associates, bachelors, and masters degrees; they have learned several trades; they have the support of people inside the prison and robust re-entry plans with family members who are waiting, and praying, with open arms for their release. And, to the governor’s stated concern about violence, they are older and, as every study ever done shows, have aged out of any likelihood of committing another crime. They are no threat to public safety, and have much to offer their families, communities, and society at large

Thousands of people in New York State prisons have submitted clemency applications, many well before the coronavirus outbreak. Many of the applicants are elderly. Many have health issues. Very few “just started their sentence.” Countless among them merited clemency in their own right before COVID-19 came behind the bars. Now, their meritorious applications are joined by the urgency of a public health crisis of untold magnitude.

While clemency is usually cast as an act of mercy or charity, at this moment it is a matter of life and death. The governor’s power to grant clemency is firmly rooted in the state constitution. It is well past time for Governor Cuomo to use it.