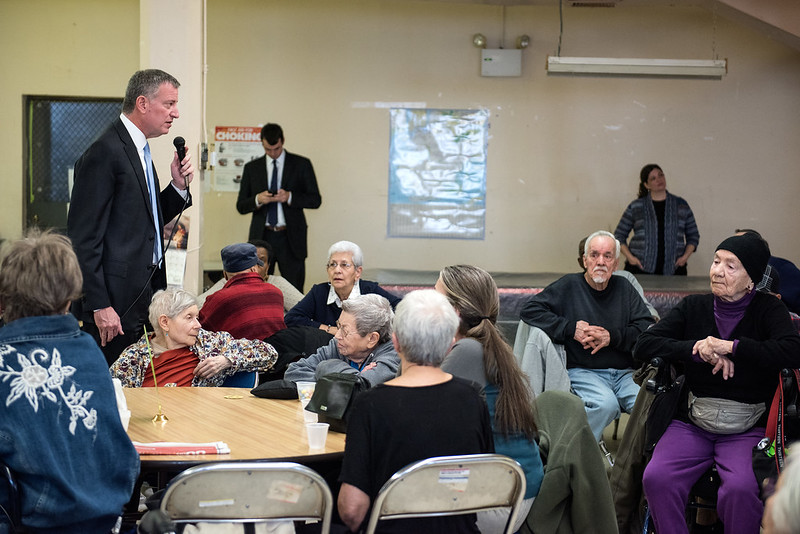 For far too long, older adults in New York City have been struggling to find a safe and affordable place to call home. The pandemic has exacerbated these challenges and exacerbated an affordable housing emergency that’s especially dangerous for populations including New York’s low-income seniors. As we look to recover, we need to prioritize the sustained production of affordable housing, particularly as a way to stabilize and support our older residents now and in the future.

Older New Yorkers were struggling to make rent even before the pandemic hit. More than one-quarter (27 percent) of New York’s renters are 60 or older, the highest share in the country. Nearly one in seven seniors in the city live in poverty, according to a report from the Center for an Urban Future, and more than 200,000 seniors are on a waiting list for the Department of Housing and Urban Development’s (HUD) Section 202 program, according to LiveOn NY.

In fact, demographic data suggests that the senior population in the five boroughs will increase 50 percent by 2040. The need for quality, safe, and affordable housing for seniors will become more vital as our city continues to age.

Unfortunately, the latest capital budget proposed by the de Blasio administration misses the mark in this regard. The budget would cut funding to the Department of Housing Preservation and Development (HPD) by 40 percent, resulting in a loss of up to 21,000 of affordable units over the next two years, according to a recent study from the New York Housing Conference.

There is a shadow of doubt over the entire pipeline and it is older New Yorkers that will be left behind. It is vital that the city fund, develop, and finish projects designed specifically to address seniors. For example, a project in the proposal stage in Astoria that would provide deeply affordable homes to New Yorkers over the age of 62 but may now be significantly delayed or even halted entirely.

This is just one example of many projects designed to address this growing need and the loss is incalculable for New Yorkers that need these homes now. New York City’s aging population is depending on our elected officials to make smart policy decisions that will protect them, especially during these unprecedented times. City Hall must reverse the budget cut and commit to provide critical funding for lifelong New Yorkers in their most vulnerable years.

In other words, investment in affordable housing not only addresses critical needs, it generates critical economic activity. It’s win-win every time.

Fully funding HPD’s capital budget is the sort of low-risk policy proposal that will pay dividends in both the short- and long-term. It is exactly what we need right now – and it will remind elderly New Yorkers that their elected officials have their best interests at heart.

***
Jolie Milstein is the president and CEO of the New York State Association for Affordable Housing. Allison Nickerson is the Executive Director of LiveOn NY. Karen Haycox is CEO of Habitat for Humanity NYC and President of the Habitat NYC Community Loan Fund. On Twitter @NYSAFAH & @liveonny & @HabitatNYC.